Pretend you are from the EU to benefit from GDPR - gHacks Tech News
ghacks.net

Pretend you are from the EU to benefit from GDPR

Trans Europa Express is a brand new extension for the Firefox web browser that pretends that Internet users are from the European Union to give them some of the privacy protections that websites give users from the EU.

The General Data Protection Regulation attempts to improve privacy of users from the European Union and European Economic Area. Sites, for example, are required to get consent from users for various data collection practices.

Most sites and companies have implemented the functionality for users from the EU only. If you visit a site from outside the EU, you may not notice a change at all.

One way to overcome this was to use a VPN connection to a European server. This would reveal an IP address from the EU to the site which in turn would give users more control over their privacy provided that the site in question implemented the functionality and did not block users from the EU outright. 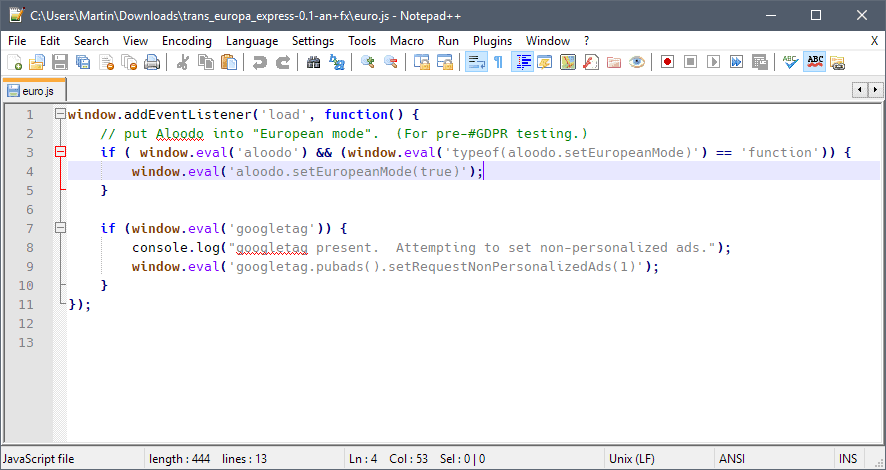 Trans Europa Express is a new extension for the Firefox browser that you may use as an alternative. It tries to convince websites and services that you are from the EU even though you may not be from it by setting Google Adsense advertisements to non-personalized mode.

The extension detects googletag instances only right now and attempts to set them to non-personalized advertisement when it discovers them on sites.

It should be clear that the method is not as effective as using a VPN connection as it focuses on Google's method exclusively right now and won't catch other scripts.

Trans Europa Express is an interesting extension despite its limitation right now. I guess that you can achieve the same level of privacy protection only if you'd enable VPN or proxy functionality as there is probably no other option to make websites display the privacy prompts to users from outside the EU.

It is possible, however, that options for additional scripts will be added to the extension eventually to make it more useful and catch a wider range of scripts and work on more sites.