Full HD? That Is So Yesterday! Get Ready For 4K

Chance is that the majority of friends, colleagues and relatives do not make use of the full HD TV technology yet.

DVD sales do still top Blu-Ray sales by a large margin, and it is not likely that this is going to change anytime soon. But Blu-Ray is obviously not the only technology benefiting from full HD resolutions.

TV stations all over the world are slowly (depending on your location very very slowly) beginning to offer HD TV. With all that said, it feels surprising that TV manufacturers are already showcasing the next generation of TVs that offer four times the resolution of full HD displays.

The so called 4K standard offers a resolution of 3840x2160 which equals four times the resolution of the current full HD standard. This would theoretically mean that the 4K TV is capable of displaying four full HD screens at the same time. 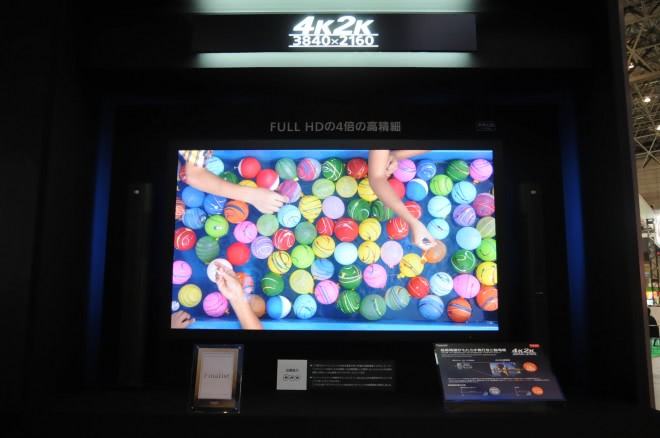 But who needs such a display? There are definitely some uses in the high-end professional market but what about end users?

The main culprit here is that end users won't have anything to watch or play on these devices for a very long time. Especially considering that the full HD standard has not even reached a critical level of distribution.

But then again, who needs 4K if the next standard called Ultra High-Definition Video (with a proposed resolution of 7,680 Ã— 4,320) is already in development?

It makes sense, obviously, to wait until you can make use of the higher resolution before you pay thousands of Dollars for a new cutting edge TV.

What's your opinion on the matter?

Update: It is 2017 now, and 4K is slowly beginning to become adopted more wildly. Services like Netflix offer 4K streaming already for some of their shows, and the new Blu-Ray 4K standard is also already available.

Article Name
Full HD? That Is So Yesterday! Get Ready For 4K
Description
While Full HD televisions and content is still in its infancy, TV manufacturers are already showcasing the next standard featuring a 4K resolution.
Author
Martin Brinkmann
Publisher
Ghacks Technology News
Logo
Advertisement