I have been trying to get Teen Spirit to work for quite some time but never succeeded. The developers have in the meantime renamed the application to Jaangle and surprise, surprise: the music player does not crash anymore on my computer system.

Windows users have lots of choices when it comes to music players from the famous Winamp to resource friendly players like AIMP2 or highly configurable ones like Foobar. Jaangle does offer a few features out of the box that might make it the prime choice for some users. 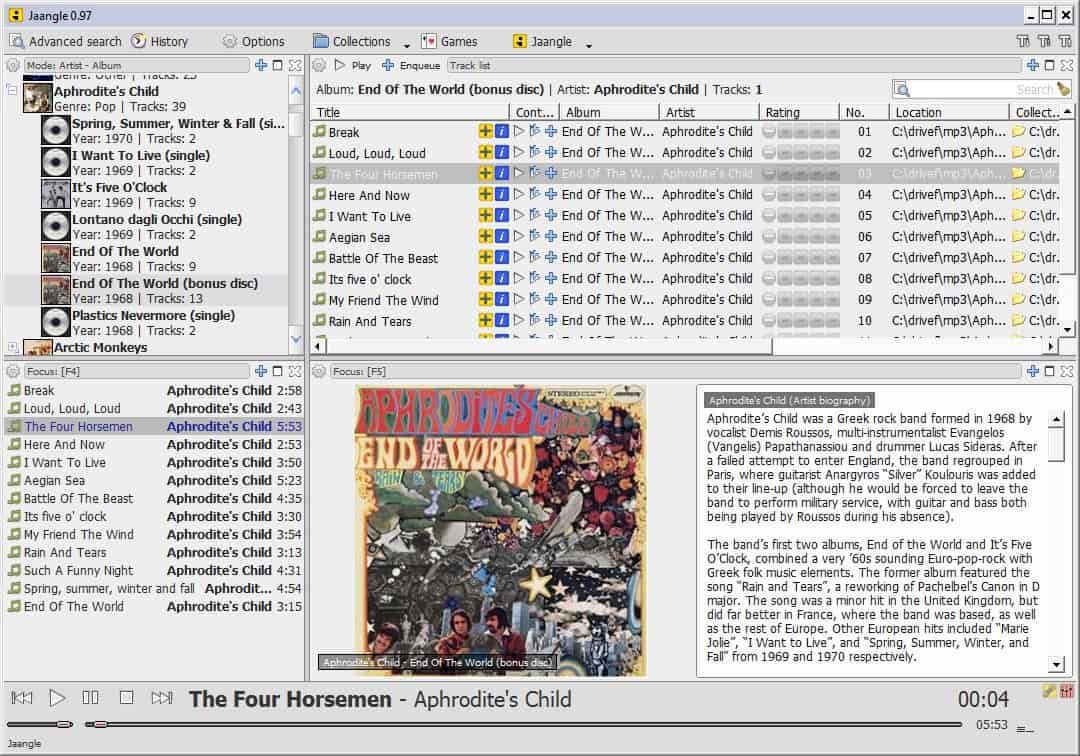 Probably the most noteworthy is the automatic recognition of music that gets added to the music player. It is possible to scan folders on the local hard drive for music. Album art and additional information are automatically retrieved by Jaangle and displayed in the player. The information does include band and artist bios which are usually not provided by many music players.

It goes without saying that an Internet connection is required for that.

Jaangle can also display song lyrics, tabs, reviews and user comments if available. Extensive tagging options are supported so that you can edit or add tags to songs or albums easily. This includes the usual information such as band name, genre or album but also lyrics, tabs, and comments.

Another interesting feature of Jaangle is search, as it offers several advanced search parameters. It is possible to perform basic searches, advanced searches (artist, title, album, location), display the latest songs since a specific date, by rating or by lyrics, comments or personal information.

A major drawback of the music player is missing Internet radio support; Something that most players do offer. Samer of Freeware Genius points out that it is also missing mp3 player support, audio podcast subscriptions and CD ripping capabilities. Jaangle can be downloaded from the developer's website. It is compatible with most Windows operating systems including Windows XP and Windows Vista. It is an interesting player for users who do not need the missing functionality.

Update: Jaangle is no longer available. The last version of the media player was released in 2012; the project appears abandoned. We have uploaded the latest working version of the music player to our download server for archiving purposes. Note that we don't support it in any form. Download it with a click on the following link: Jaangle