Update: Please note that the project appears abandoned. It has not been updated for a long time and won't work in recent versions of the Firefox web browser anymore. Mozilla has added Safe Browsing and other protective features to the browser in the meantime which improve the security of it.

Firekeeper is an intrusion detection and prevention add-on for Firefox that is adding another layer of security to the browser.

The basic purpose of the Firefox add-on is to identify browser vulnerabilities and exploits that have not yet been patched in Firefox by scanning the data that is transferred between the client computer and websites. Both http and https connections are supported by the extension.

Possible threats are identified by a default rule set and additional custom rules that can be downloaded from the Internet or created by the user.

If a threat or vulnerability has been identified the user is alerted about it before execution. The alert displays the url and type of threat and a list of references that explain the current alert in detail.

The user is prompted for action. Options include to blacklist or whitelist the url permanently or to block or allow it once for the session.

Instead of alerting the user Firekeeper can also block specific threats automatically without prompting for action. This behavior can be defined in the rules of the add-on. 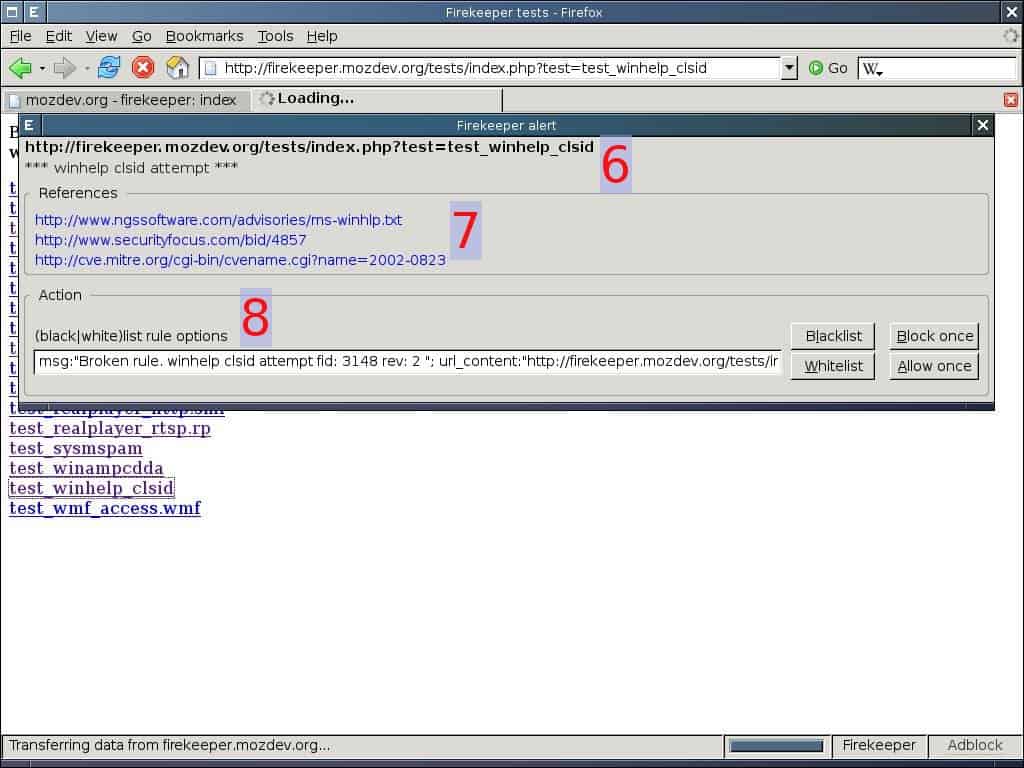 Additional rules can be added by the user which unfortunately requires some knowledge of programming languages like Javascript. A blocklist can be downloaded from the Internet so that it can be used in Firekeeper.

One interesting aspect of Firekeeper is that it does not query a server on the Internet, everything is handled locally. There is however an option to load rules from remote locations that you define.

All events are logged locally which can be useful for analysis purposes later on or just for record keeping.