Windows 10: play a sound when you activate special keys

Hitting the Num Lock, Caps Lock, or Scroll Lock keys on the computer keyboard by accident can lead to undesirable consequences. You may wonder why you cannot type numbers in the Calculator when using the number pad on the keyboard after hitting Num Lock, or why your password is not accepted after activating Caps Lock by accident.

While you can add programs like NumCapsScroll Indicator that highlight which of the special key is activated on the device, you may also configure Windows 10 to play a sound whenever one of the keys is pressed on the keyboard.

Note: it is possible to disable the Caps Lock key and other special keys permanently. If you never use it, you may want to consider doing so or remapping the key.

Play a sound when you activate special keys 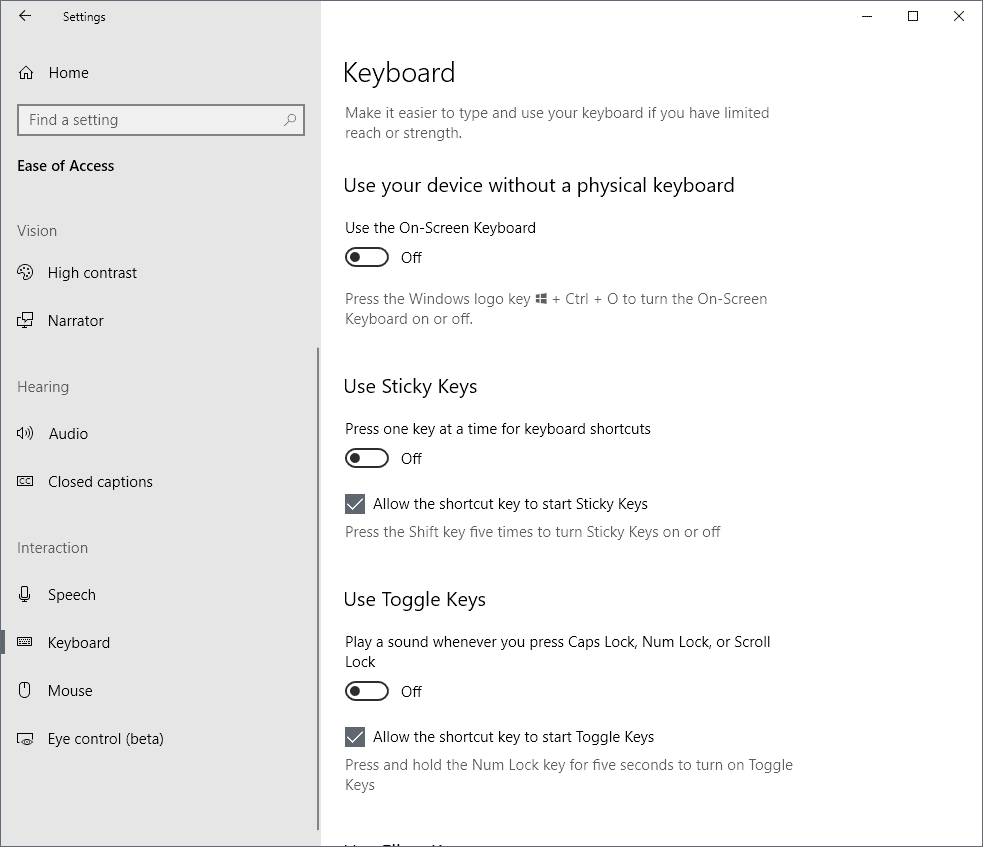 Note: The Windows 10 version the guide was written for is version 1803. I don't know if the feature was available in previous versions of Windows 10 as well (let me know if you know).

When you enable Toggle Keys, Windows will play a sound whenever you activate the Caps Lock, Num Lock or Scroll Lock key on the keyboard. Windows 10 plays two different sounds depending on the state the key enters. The on-sound has a higher pitch, the off-sound a lower one so that you can determine the state of the key from the sound alone.

While you can enable the Toggle Keys option using the Settings application, you may also enable it by holding down the Num Lock key for five seconds straight. Doing so displays the following prompt to enable Toggle Keys if the feature is not enabled already.

Just select yes to enable the feature. If Toggle Keys is enabled already, pressing Num Lock for five seconds will turn it off. You won't get a prompt this time though but a sound to indicate the state change,

You can disable the Num Lock long-press hotkey in the Settings by removing the checkmark from "allow the shortcut key to start Toggle Keys.

Now You: Do you use Caps Lock, Num Lock, or Scroll Lock?

Article Name
Windows 10: play a sound when you activate special keys
Description
Find out how to configure PCs with Windows 10 to play a sound whenever you toggle the Caps Lock, Num Lock, or Scroll Lock keys on the keyboard.
Author
Martin Brinkmann
Publisher
Ghacks Technology News
Logo

Previous Post: « How to use a Ram Disk in Windows
Next Post: Windows 10's new "install on my devices" Store feature »