How to use a Ram Disk in Windows - gHacks Tech News
ghacks.net

How to use a Ram Disk in Windows

You may install a Ram disk on your Windows PC to improve performance, maintenance, and privacy on the device.

Ram disks can best be described as memory-based drives that act just like any other hard drive on the system for the most part. You can install programs on RAM disks or use it to store temporary files.

These disks offer advantages over regular hard drives: memory is faster which means that operations will benefit from that. Memory is cleared automatically on shutdown so that any files that reside on the disk are removed automatically.

Tip: check out our overview of free RAM disk programs for Windows to find out which are available. I'll be using SoftPerfekt RAM Disk which you may download from third-party sites such as Majorgeeks.

You need a bit of memory to use a RAM disk as part of the RAM that is installed on the device is used exclusively by the RAM disk. 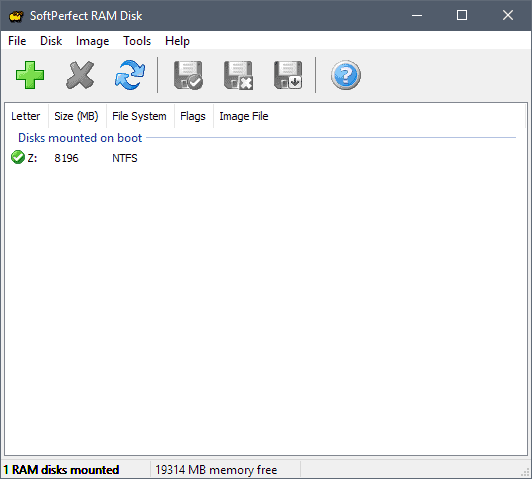 The very first thing you need to do is install the RAM disk on your PC. Download and install SoftPerfekt Ram Disk and start the program afterward.

The RAM disk should be listed in Explorer just like any drive. You can interact with it normally; move files to it, create files and folders, or install applications to it.

Configuring Windows for use with the RAM Disk 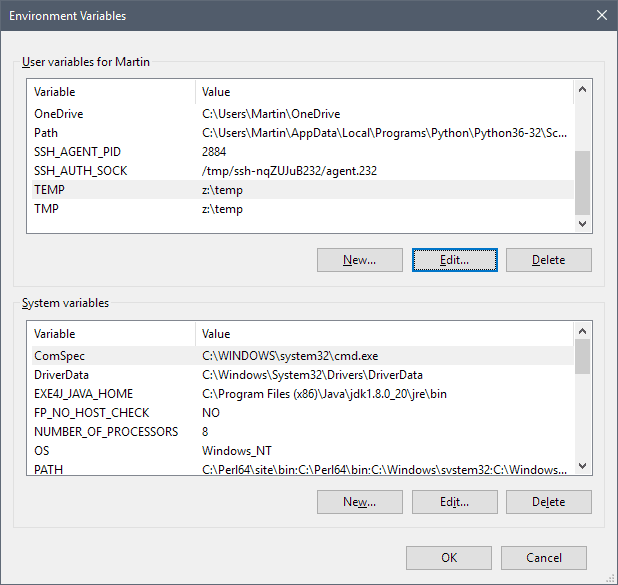 Now that the RAM disk is created, you may want to configure Windows to make use of the disk. One thing you may want to consider doing is moving the temporary folders to the RAM Disk so that they are cleared automatically on restart.

Configuring third-party programs for use with a RAM Disk

You can check out our guide on moving the Firefox cache to a RAM disk, and may do the same for other applications that support setting custom directories.

While moving caching directories to the RAM disk is probably the number one purpose for using memory-based disks, it is useful in other ways as well. Here are three:

Creating and using a RAM disk is a simple process. While you need to install and configure the disk once, it runs automatically after the initial setup.

Article Name
How to use a Ram Disk in Windows
Description
You may install a Ram disk on your Windows PC to improve performance, maintenance, and privacy on the device.
Author
Martin Brinkmann
Publisher
Ghacks Technology News
Logo

Martin Brinkmann is a journalist from Germany who founded Ghacks Technology News Back in 2005. He is passionate about all things tech and knows the Internet and computers like the back of his hand. You can follow Martin on Facebook or Twitter
View all posts by Martin Brinkmann →
Previous Post: « How to configure the Windows 10 Tabs (Sets) feature
Next Post: Windows 10: play a sound when you activate special keys »