Microsoft revealed back in 2016 that it had plans to introduce differential sync support on OneDrive. The company listed the feature under committed, but did not reveal a timeline back then. This meant that it was not clear when Microsoft would introduce the feature for all files, but that it was working on it.

Microsoft customers suggested as early as 2014 that Microsoft should introduce differential synchronization for all files on OneDrive. 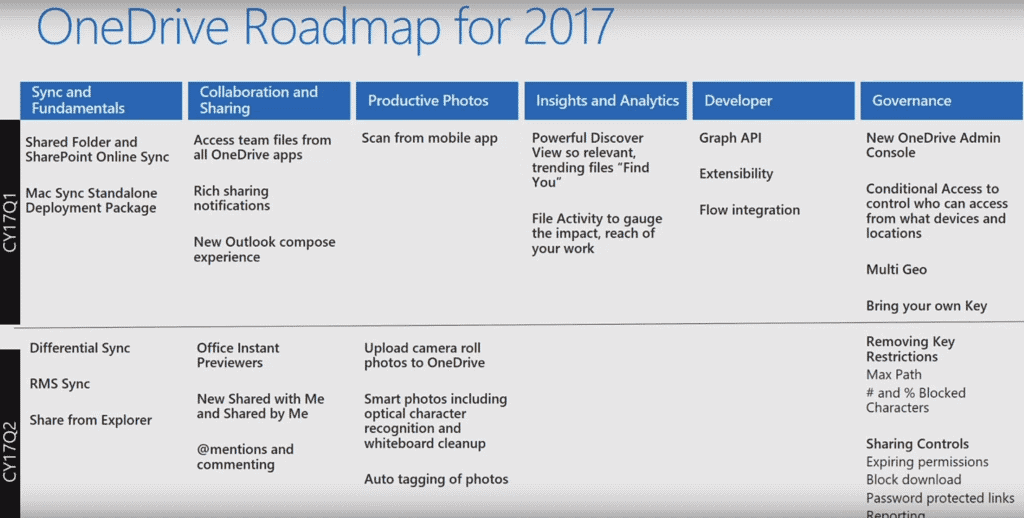 Differential Sync refers to a data synchronization algorithm in which only the changing parts of a file are synced.

If you make a small change to a 100 Megabyte audio file right now that is stored on OneDrive, all of the file needs to be uploaded to OneDrive.

With differential sync in place, only the bits that changed would need to be synchronized. If you are interested in algorithm specifics, check out Neil Fraser's document on Differential Synchronization.

Differential synchronization support is a much requested feature. First, because it saves a lot of bandwidth. Instead of transferring all of a file when it is edited, only the bits that changed are transferred.

That is good for home users, and great for organizations who use OneDrive as it may save them a lot of bandwidth depending on how heavily OneDrive is used in the organization. Microsoft does benefit from this as well of course as its servers are transferring files to client systems during sync operations.

Microsoft's OneDrive will also support a feature that Dropbox and several other services supported for some time now.

The new OneDrive roadmap for the first and second quarter of 2017 was revealed during Microsoft's Tech summit. Skip to 1:05:17 for the roadmap sheet, or watch the full presentation instead. It is aimed at businesses however almost exclusively.

The roadmap lists other features that Microsoft plans to release in the first two quarters of 2017. While differential sync is probably the most anticipated feature, Microsoft plans to remove key restrictions such as mac path or the blocked # and % characters, expiring permissions, password protected links, and file analytics. (via Deskmodder and Zdnet)

Now You: Are you using OneDrive? What's your take on differential sync?