Rainmeter 4.0 is the latest version of the popular desktop customization tool for Microsoft Windows. The version is currently available as a beta preview which you can install over existing versions of Rainmeter, or anew.

If you are new to Rainmeter, check out our review of Rainmeter 3.0. Basically, what it does is bring customization options to the desktop.

What it is best known for is for its support of desktop widgets that you may display on the desktop. This works even on versions of Windows where the functionality was removed from by Microsoft.

It is one of the better options to display widgets on computer systems running Windows 8 or Windows 10, but it should not be limited to that.

Apart from displaying all kinds of widgets, it may also change the appearance of the desktop. 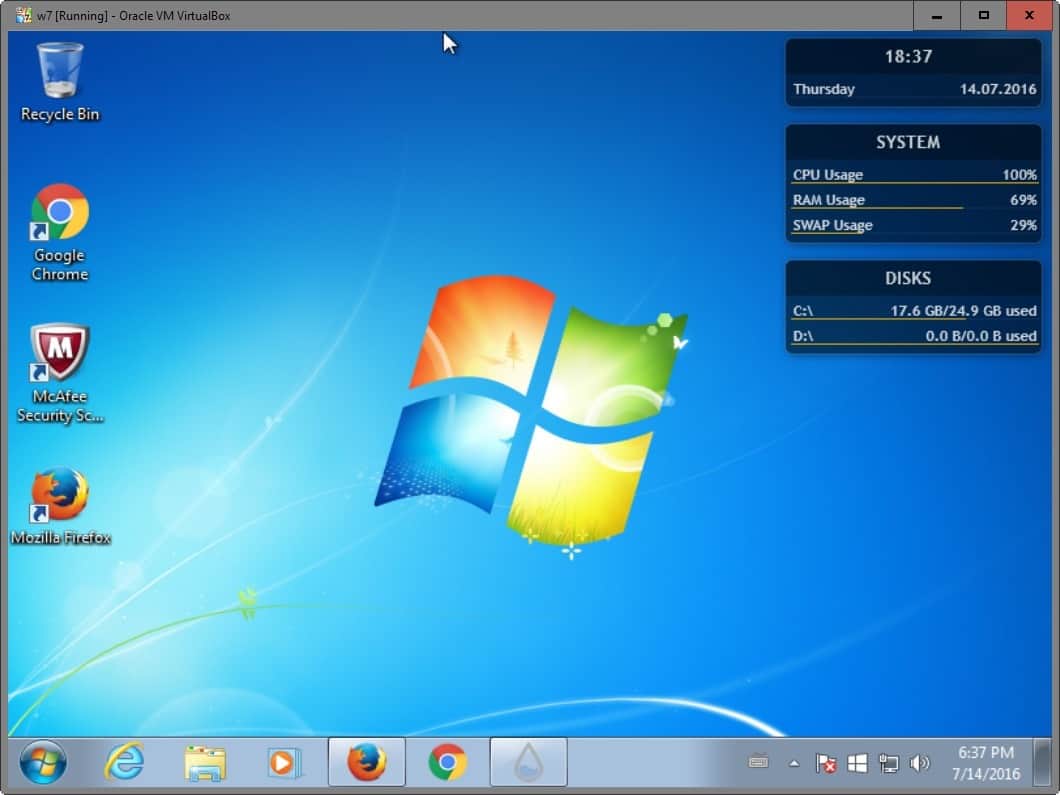 Rainmeter 4.0 ships with several important changes that users need to be aware of. As far as compatibility is concerned, support for Windows XP and Windows Vista is dropped in the latest version of Rainmeter.

Rainmeter 4.0 requires at least Windows 7 SP1 and the Platform Update. The only option that Windows Vista or XP users have is to stay on Rainmeter 3.3 as it will continue to work on those operating systems.

The reason given is that the developers want to improve the application by utilizing features of the latest versions of Direct2D / DirectWrite.

The second change that may affect existing users is that support for the VirtualDesktops plugin was dropped. The main reason given is that both VirtuaWin and Dexpot have not been updated for some time, that Microsoft added support for virtual desktops in its latest operating system, and that users did not really use it all that much.

Rainmeter users who made use of virtual desktops can download the plugin from this forum page. While it won't be distributed with Rainmeter anymore, it still works when added to the application manually.

Another change that is upcoming is the switch from using "external plugins" to "internal measures" for the plugins that ship with Rainmeter. This is done for performance and stability reasons according to the developers. Some plugins, now playing, media key, Recycle manager and Web Parser are mentioned, are already turned into measures.

The beta changelog page indicates that there are quite a few fixes and changes on top of that. One change for instance forces the Rainmeter icon to be visible in the notification area if skins are not loaded. This prevents scenarios where users hide the icon and end up having no option to interact with Rainmeter anymore.

Now You: are you using Rainmeter or similar software?

Article Name
Rainmeter 4.0 Beta: first look
Description
Rainmeter 4.0 is the latest version of the popular desktop customization tool for Microsoft Windows. The version is currently available as a beta preview which you can install over existing versions of Rainmeter, or anew.
Author
Martin Brinkmann
Publisher
Ghacks Technology News
Logo