When the file hosting website Megaupload was taken down with a bang and its founders taken into custody after a policy raid, it shook up the Internet. Not only became it clear quickly thereafter that the operation should not have taken place in this form at all, but also that other file hosting operators began to panic and started to exit out of the business or change their business model to avoid the same fate as Megaupload.

It is unclear if there will ever be made a single conviction in the Megaupload case. What happened though was that the site's business has been interrupted for the last ten months which some in favor of the takedown may see as a victory. Then again, the file sharing scene that is using file hosting sites to spread files on the Internet simply adjusted to the new situation and moved on to new hosts, like it is always done. As far as rightful file owners go, it is not clear if they will ever see their files again.

The Megaupload operators in the meantime are preparing the launch of their new file hosting service Mega which they hope will not only bring back much of the traffic that they lost but also keep away any attempt to take down the service due to new features implemented in it. 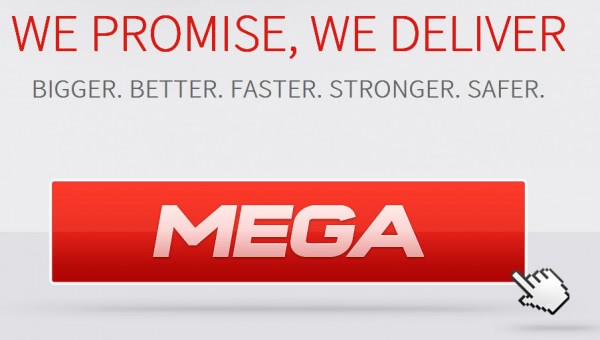 The basic idea behind Mega is that the service itself knows nothing about the files its users load up to the service. This is done via on the fly encryption and decryption in the web browser. The user holds the key - literally - to the files stored on Mega, and it is up to the user to share that key with others. The second corner stone of Mega is the use of a large number of hosting partners around the world instead of a few data centers like Megaupload did. This not only improves the service's defense against takedowns, as it is complex to raid targets in many different countries and regions, but also the speed of downloads thanks to servers being closer to users of the service. Mega won't operate servers in the United States for obvious reason.

It is too early for a verdict, considering that Mega has not launched yet. I'm probably not the only one who has a few concerns about the new service.

If you plan on using Mega for file hosting, I suggest you have a backup of your files ready either locally or at another file hosting service just in case something bad happens to the file host as well. This is actually a sound thing to do for all files hosted on the Internet.

Are you interested in the new Mega or file hosting services in general? Which services do you use to host and download files from?