Can Firefox OS Break the Android and iOS domination?

The US smartphone market has seen huge changes in the past six years. Back in 2005, the major players were Palm, RIM, Symbian and Microsoft. Symbian, Palm and Microsoft lost market share in the following six years, from nearly 3/4 of the market to less than 10% combined. Only RIM managed to maintain a two-digit market share, but even its market share has been falling drastically in the past year.

The mobile market in the US appears to be going through a consolidation phase after which Google and Apple will emerge as the dominant players. Microsoft? The company is having a hard time in the market, and while I personally would not say it is game over for Windows Phone yet, I would not be too optimistic for a change in the next few years.

And RIM? Revenue is falling, new phones postponed to 2013, and many tech sites are already projecting that the company will become a non-significant player in the coming years.

And then there is Mozilla with Firefox OS, which formerly was known as Boot2Gecko. The idea behind Firefox OS is very similar to what Android started with: An open free platform that is powered by HTML5 technologies that make it easier for developers and companies to develop and distribute contents. 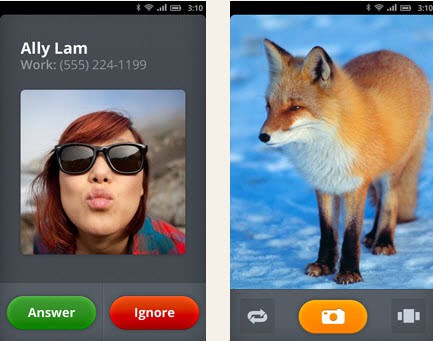 First partners have been announced by Mozilla recently, with the first devices expected to launch in Brazil in 2013 by Telefonica. A launch in an emerging market like Brazil highlights one of the strengths of Mozilla's platform. Development of apps and contents is affordable, which in turn leads to lower costs and device prices.

Mozilla's other ace is the Firefox desktop browser, and possible integration of the desktop version with the phone, similar how Google is handling its platform.

Success depends largely on the first devices that are put out and how they fare against established competition. Can Firefox OS break Google's and Apple's domination in the mobile market? It is likely that Firefox OS will start gaining market share in emerging markets first, which is giving Mozilla some time and experience, that it can use to improve the platform and make it more attractive to an audience that is currently fixated on iPhones and Android devices.

In the beginning, Firefox OS will compete with Nokia's Symbian system in emerging markets, another popular operating system for lower-priced phones.

What's your take on the smartphone market in the coming years? Will Mozilla get some traction with Firefox OS, or are we going to see iOS and Android devices rise to absolute power? (great article on the topic at Seeking Alpha, thanks Jojo)