Nokia is having a turbulent week, first the CEO's secret email to staff about the company being in trouble is leaked to the press, then they announce an historic strategic partnership with Microsoft to exclusively use Windows Phone on its high end smartphones.

Many employees didn't like this announcement though, primarily the 1,500 workers employed on the Symbian side of the company who are now worried about their own futures. Many of these workers all took advantage of flexi-time to leave work early yesterday, apparently in protest at the wholesale move to Windows Phone.

Bloomberg reported that shares in the company fell 14% today, which is the largest drop for the company since last summer.

It's not all bad news though, as the first concept image of a Nokia Windows Phone have leaked to Engadget, you can see it below.Â  I think you'll agree that if Nokia release handsets that look this good then the fortumes of both Nokia and Microsoft can be turned around. 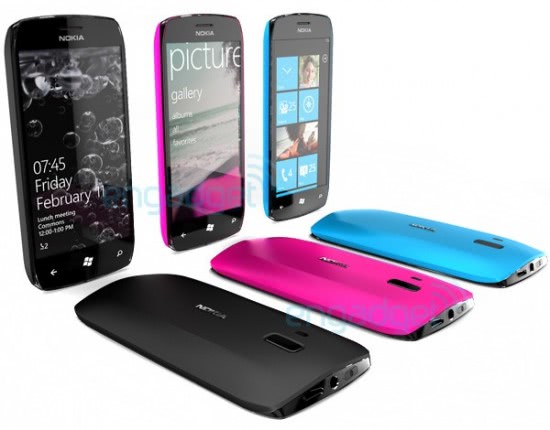 Nokia has had mixed fortunes in recent years andÂ its CEO was forced to admit they'd fallen years behind their rivals.Â  While the company was working on a new smartphone OS, MeeGo, it could never have had it market-ready in time to get back in the race.

Nokia is still the world's largest phone manufacturer and needs to maintain this position.Â  So far uptake of Windows Phone has been lukewarm.Â  This is due to a combination of factors that include smartphone fatigue, Android's current dominance and a poor set of enterprise features.Â  Nokia is the partner Microsoft need to make Windows Phone trendy.Â  It looks very much from this image that Nokia will not be letting them down.

Previous Post: « Finding Free Wi-Fi While Traveling
Next Post: « Tablets, Where Do We Need to Be, and How Do We Get There?