Hulu is doing a huge promotion currently offering several websites 2500 beta invites each and lots are still available. I found three website promotions with roughly 4000 invites left for Hulu, make sure you head right out and sign up using any of the following links:

Mashable have roughly 1100 left, Download Squad are still good with 2300 left for the taking and Techcrunch has another 1100 left. There are probably more sites out there that received those 2500 invites and as you can from the links the url is always http://www.hulu.com/beta/ followed by the site name without spaces.

I just visited Technorati and discovered several other blogs that received invites as well. Those are Webware with 2200 left, Read Write Web with 1300 left and Gigaom with 500 left.

Everyone can signup but only users from the United States can view Hulu without problems.

Update: Hulu is out of beta and the service is still only available to visitors from the United States and other countries where it is officially available. Hulu more recently has added a premium account option known as Hulu Plus which is available for $7.99 per month and available as a 1-week free trial.

Hulu Plus provides you with access to Hulu on additional devices including your smartphone or tablet PC. What may be more interesting than that is that you get access to full current seasons of favorite shows that air on television as well as access to full seasons of past shows for you to watch anytime you want.  Hulu Plus furthermore is available in HD which provides you with better quality than what Hulu is currently being offered in. 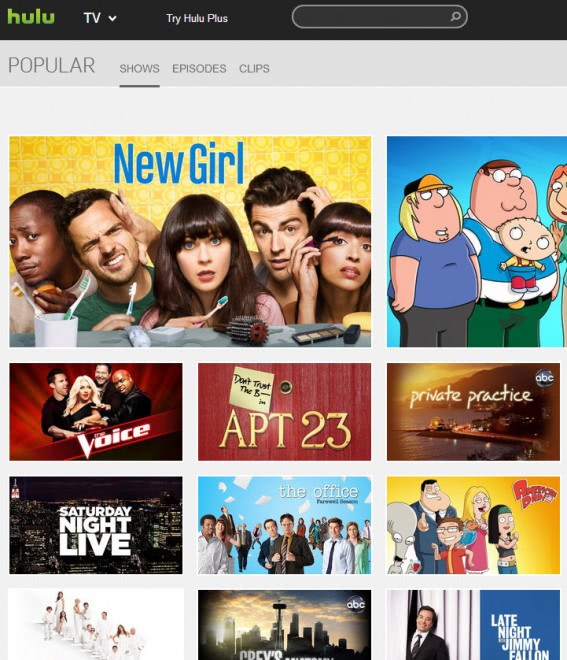 Martin Brinkmann is a journalist from Germany who founded Ghacks Technology News Back in 2005. He is passionate about all things tech and knows the Internet and computers like the back of his hand. You can follow Martin on Facebook or Twitter
View all posts by Martin Brinkmann →
Previous Post: « View TV Shows Online with Alluc
Next Post: Download and add mp3 automatically to iTunes »