The makers of the Brave web browser announced the launch of a "private and unlimited video calling service" in Brave called Brave Together on May 26, 2020. The service is based on the open source solution Jitsi and currently only available to Brave users who run development versions of the web browser.

Brave revealed that it is only available to users from North America but the functionality appears to be working in other regions as well at the time of writing. 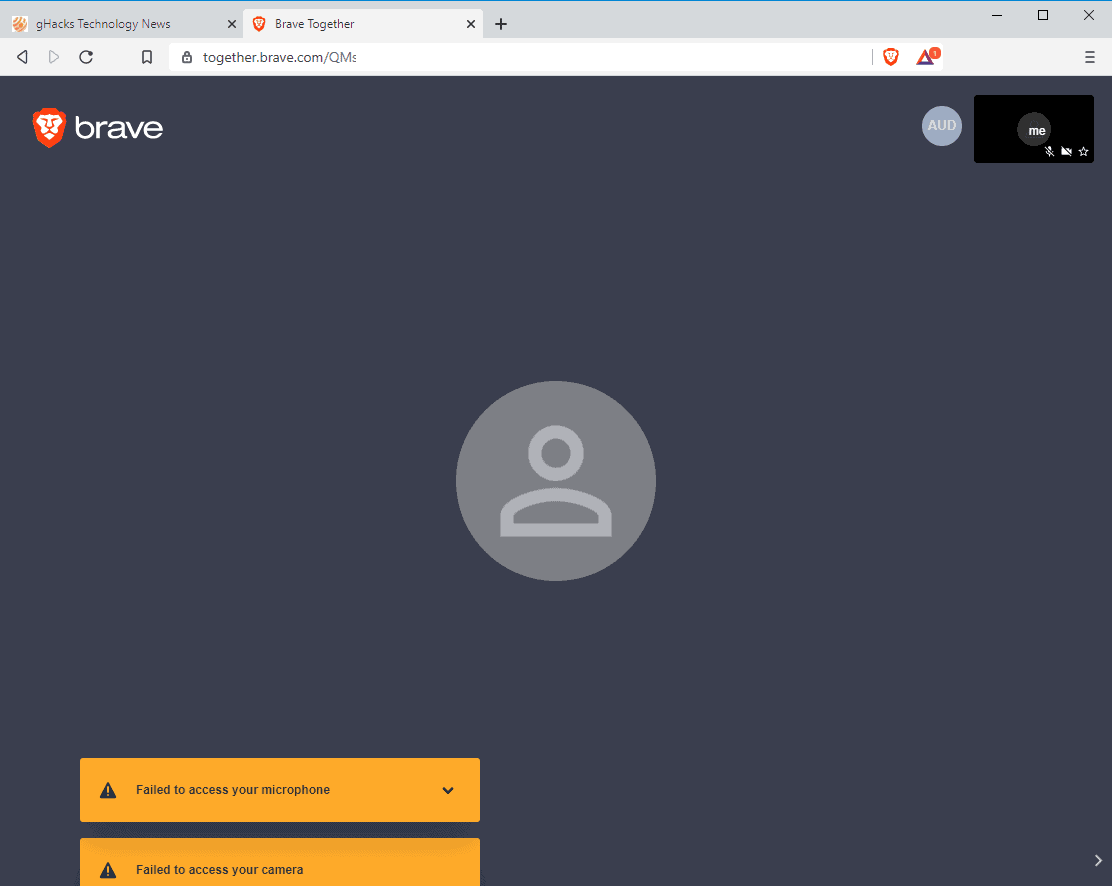 It takes just a few steps to start using Brave Together. Visit the Brave Together website in the Brave browser and hit the "Start video call" button to get started; this creates a new room and a link that you may share with others; you may also copy the URL as it is the URL that others need to open to join the chat. You may password protect the room optionally to block unauthorized access to the room.

The interface looks very similar to the default interface that Jitsi provides. It is a branded version of that and provides the same functionality.

Here is a list of things that Brave Together supports:

Some Jitsi option such as the ability to blur the background (beta) seem unavailable at the time of writing. 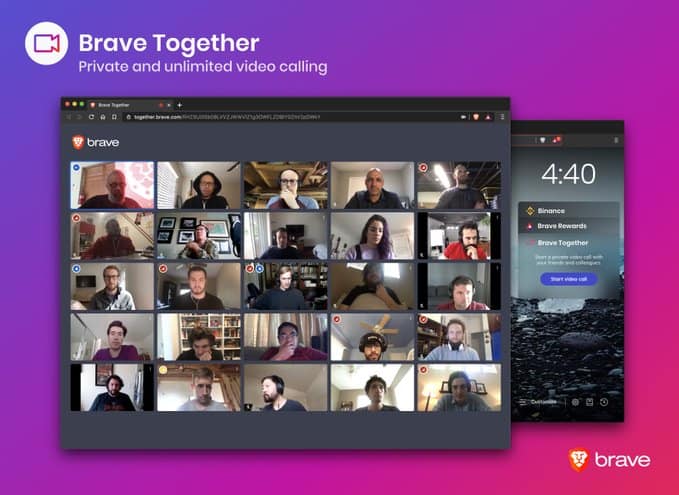 Brave Together is an interesting feature that worked well during initial tests. Brave calls it a "trial version" and it is likely that the service will see improvements in the coming months before it lands in the stable version of the browser.

One of the most appealing things about it is that it is really easy to use yet provides enough options to make the video chats private and secure. Jitsi supports end-to-end encryption but I could not find that option in the first Brave release.

Brave revealed little about Brave Together at this point in time and it may take a while before an official blog post reveals more details on the integration in the web browser.

Now You: Video chat in the browser, is that something that you are interested in? (via Techdows)

Previous Post: « What is Microsoft Edge's Link Doctor feature, and how to disable it
Next Post: Microsoft Edge 83: spellchecking uses Windows Spellcheck »