After more than four years of development, Brave 1.0 has been released by Brave Software to the public after the release of Brave Beta 1.0 in 2018.

The new and first final version of the Chromium-based web browser -- the same core that Google Chrome, Opera, Vivaldi and the new Microsoft Edge browser as well as hundreds of other browsers use -- can now be downloaded for Windows, Mac OS X, Linux, and the mobile operating systems Android and iOS.

A lot has changed since our first review of Brave in 2016; the browser has matured and the general idea behind it -- to disrupt online advertising through the creation of a privacy-focused cryptocurrency-based alternative -- started to take form only recently.

One of the core ideas of Brave is to create a revenue system for the Web that benefits publishers, users, and the company alike. Brave features native ad-blocking functionality and fingerprinting protections which improve page loading performance and battery life.

Tip: check out our guide on speeding up the Brave browser further.

Benchmarks, provided by Brave, suggest that it "saves an average of 27 seconds per page load against Chrome on macOS and 22 seconds per page against Firefox", and that the browser "uses 58% less data than Chrome to load those same pages".  Brave furthermore uses less memory than Chrome or Firefox according tot he company improving memory use by "40% over Chrome and 47% over Firefox". 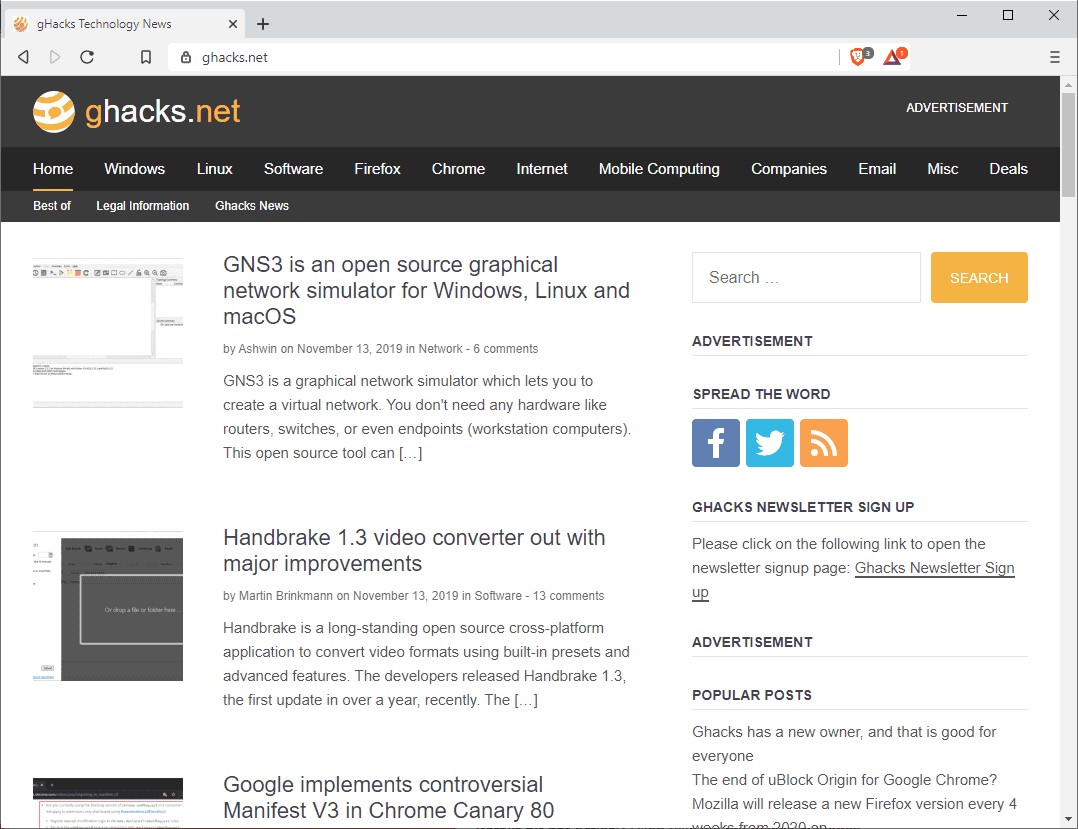 Brave created a new "blockchain-based advertising model that reforms the current system with privacy by design and 70 percent revenue share to users in the form of Basic Attention Tokens (BAT)". Users may opt-in to view ads to earn BAT which they may convert into digital assets and fiat currencies, or use to support their favorite publishers, content creators, and companies.

According to Brave Software, "ad matching happens directly" on user devices which means that data is not sent to anyone.

Brave supports several interesting features. Apart from standard functionality such as data synchronization, Chrome extensions support, or support for light and dark themes, it does support features such as built-in Tor network functionality (which means that you may use it to access onion sites), support for web torrents, or integration of IPFS (Interplanetary Filesystem).

Brave blocks advertisement by default and provides control over the behavior in the main user interface and settings. 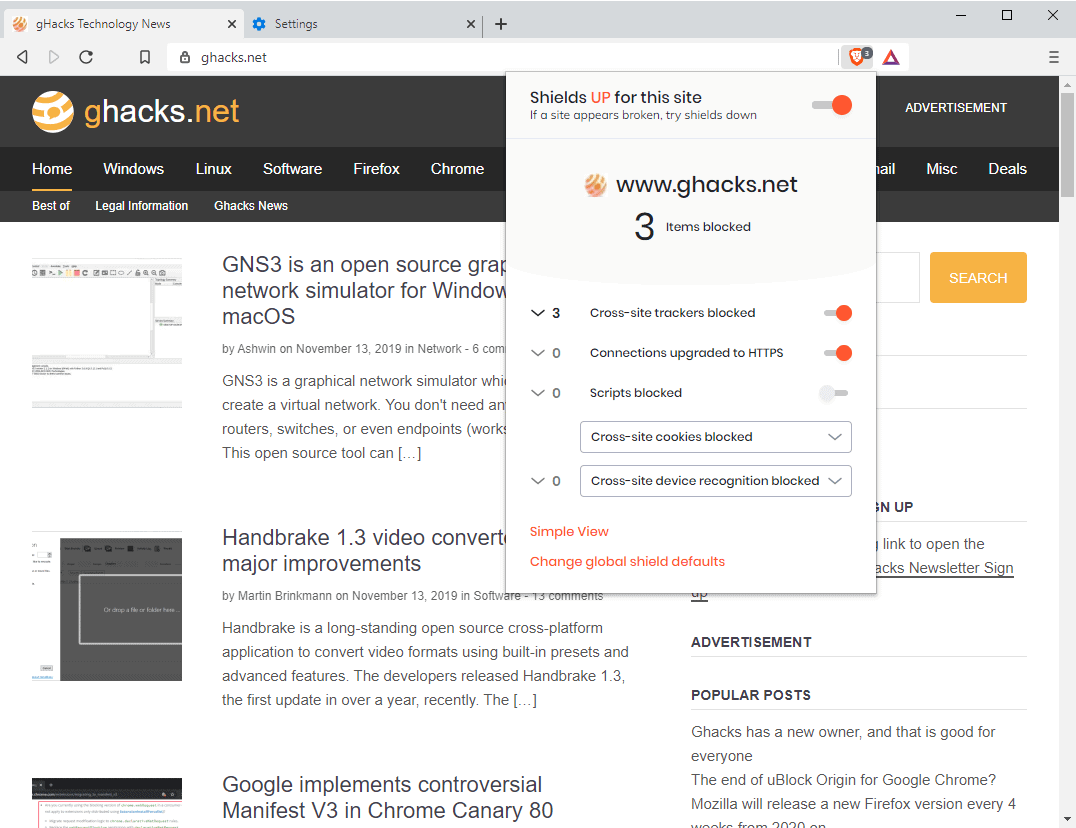 In the main UI, users may disable ad-blocking for a site or change blocking related options, e.g. to enable script blocking or disable HTTPS upgrades.

Brave users who join Brave Rewards join the Ads program automatically as well which may show them privacy-preserving ads in exchange for BAT currency. Users who don't want to join Ads may disable the functionality on the internal brave://rewards page.

Brave Software revealed that the browser has about 8.7 million monthly active users currently; it would need a lot more to really disrupt online advertising. The release of Brave 1.0 is a milestone for the company and may accelerate growth further.

Now You: Have you tried Brave? What is your take on the browser and idea?

Article Name
Brave Browser 1.0 is now available
Description
After more than four years of development, Brave 1.0 has been released by Brave Software to the public after the release of Brave Beta 1.0 in 2018.
Author
Martin Brinkmann
Publisher
Ghacks Technology News
Logo