One of the most amazing things about GNU/Linux is it's customizability, both on a deeper system level but also on the surface with various desktop environments and window managers at the users disposal.

My personal favourite of the various desktop environments is MATE (pronounced Mah-Tay). I started using GNU/Linux about 17 years ago on my buddies computer his uncle set up for him, which used Mandrake Linux, but it wasn't until about six years later when I decided to install Ubuntu on my own machine at home and really dive into learning how to use the operating system that would later become a major part of my life.

Back when I installed Ubuntu it used the Gnome 2 desktop environment, and so I became very familiar with its user interface. Nowadays Gnome has gone a different direction however there is still a huge userbase of people who loved the old interface, and so the MATE project was born out of the ashes of Gnome 2 as a fork of the original code.

MATE, while being based off Gnome 2 has further developed the code and brought forth a plethora of new features and updates, so it gives me that old nostalgic familiarity while still remaining relatively up to date with features; granted not quite as up to date as some of the other desktop environments, but I have yet to find a feature I desperately needed and was lacking.

So, for the first part in this series about the various desktop environments, let's have a look at MATE!

The machine I am using for this has the following specs:

This will not be written so much as a scored review, but simply an overview for those who are not familiar with MATE, who may be looking for a change in their day to day happenings and clickings. 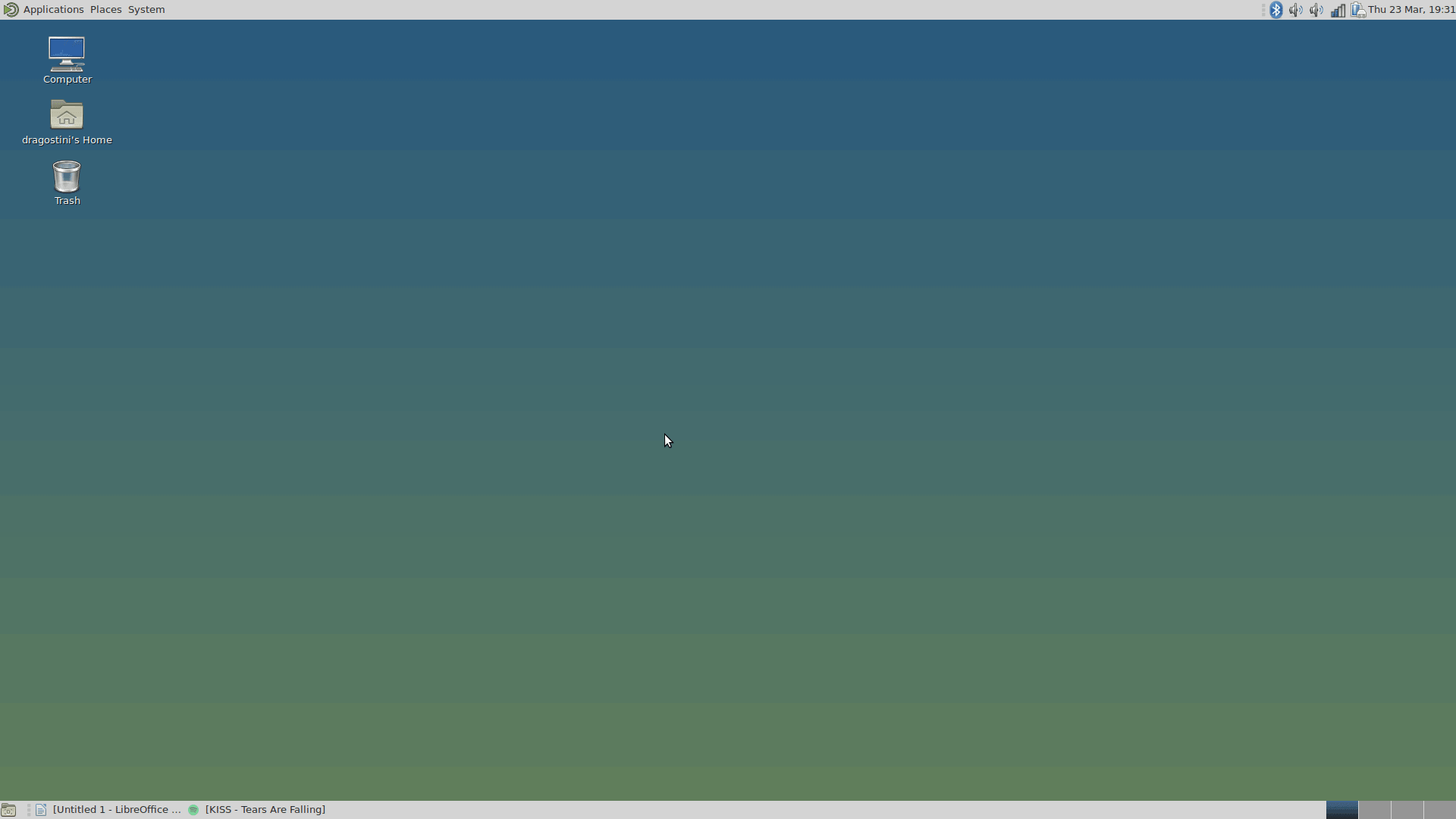 The default appearance after I installed MATE onto my Manjaro system is honestly hideous in my opinion, but thankfully MATE is very easily themed.

It comes with two panels on the top and bottom of your screen that pretty much have everything you could need readily accessible; albeit perhaps a little more cluttered than some users may prefer.

I prefer to remove the bottom panel, and add a window list to my top panel; this saves a little bit of screen real estate which given that this laptop has a 13" screen is always nice. One thing I do add though is a dock that hides on the bottom of my screen using Docky, with my favourite applications added to it for quick and easy access. Customizing the appearance of MATE is fairly quick and painless and thankfully has quite a few options for pre-packaged themes and wallpapers to select from.

If you are using the MATE menu with the three "Applications / Places / System" buttons, you can easily access the theme section by clicking System > Preferences > Look and Feel > Appearance and then selecting the theme of choice.

Wallpapers can be accessed by right clicking the desktop and selecting "Change Desktop Background."

MATE has the option of using GTK 2.X as well as GTK 3.X, so there are hundreds of themes available. For more, visit https://www.gnome-look.org 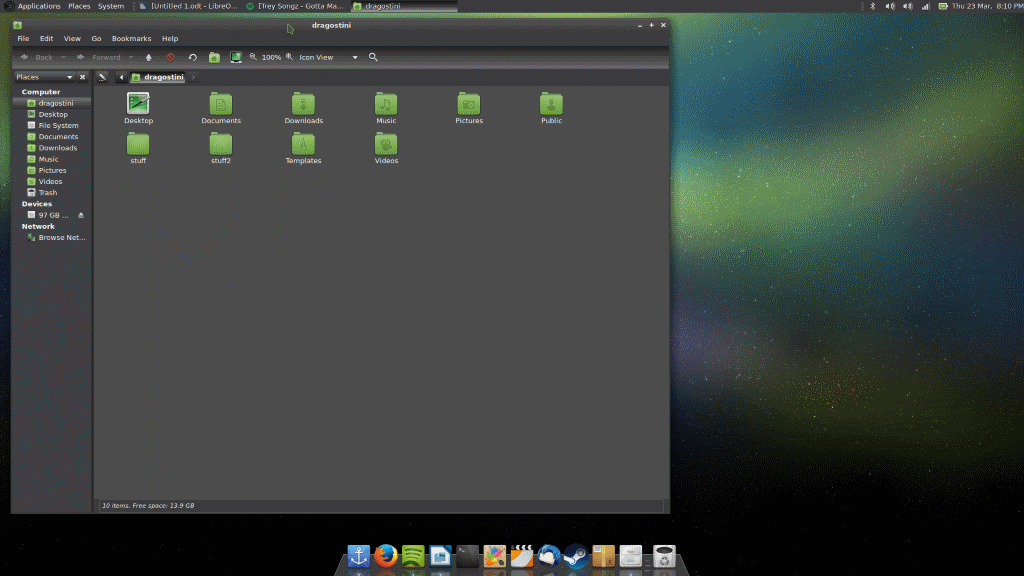 MATE comes with all the default software you'd expect from a general user environment, and actually is bundled with my favourite terminal software.

While I admit that KDE has my favourite file manager, Dolphin, the file manager in MATE known as Caja is quite capable and decent all on its own.

MATE also comes with the Eye of MATE Image Viewer, which is a very lightweight but quite capable image viewing program that I have grown quite fond of over the years. It's definitely not the most powerful thing in the world, but it's quite useful.

Overall, any system that runs MATE will have most software you need preinstalled, and the MATE specific tools are all designed to be simple, light, and get the job done. 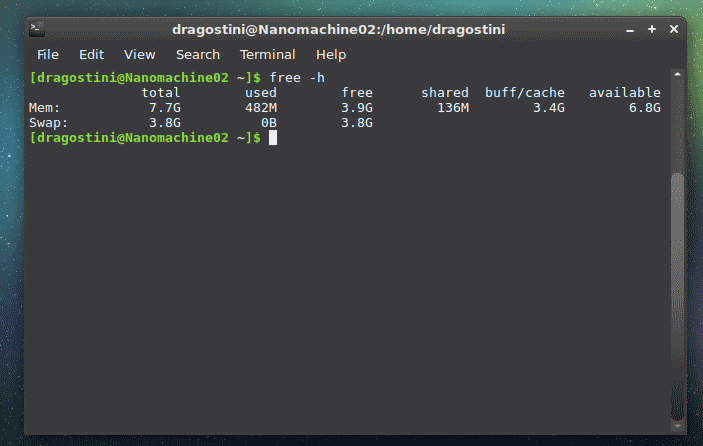 MATE is known as a fairly lightweight environment, albeit not as light as XFCE, LXDE or the even more lightweight window managers like i3 or openbox.

Mate when I closed all software I had open, and shut down Docky, was using around 460MB of RAM only, and around 0.7% of my CPU on both cores -- so very little system resources were being used.

Even when I open Firefox with 40 tabs on google, Caja, Spotify with music playing, Eye of Mate with an image loaded, my terminal and OpenOffice with this tutorial opened; my system reported 1.9GB of RAM being used, so my laptop was able to handle it all without any issues whatsoever.

I can't stress it enough, I adore MATE. It's light, it's attractive, the software that comes bundled is useful without being overly complex or bogging down the system with bells and whistles you don't need. It's not as fancy as KDE, and it's not as light as XFCE or LXDE; but MATE does what it does well and I have nothing I personally can complain about.

What about you? What's your take on MATE? What DE do you use?

Stay tuned for overviews on other environments to come!

Mike graduated Conestoga College's final-ever year of Journalism - Print, is a writer for an analytics company by day; and a Linux lover, gamer, and virtual-reality aficionado by night.
View all posts by Mike Turcotte-McCusker →
Previous Post: « 5 Things to learn how to do in GNU/Linux via Command-Line
Next Post: A Look at Desktop Environments: KDE 5 Plasma »