Microsoft announced a while ago that it plans to make fundamental changes to Internet Explorer support on machines running the Windows operating system.

The change affects Windows 7 and Windows 8 systems for the most part, as Microsoft plans to only support Internet Explorer 11 on those systems.

Older versions of Internet Explorer on these operating systems won't receive security updates or technical support once the change goes live on January 12, 2016. 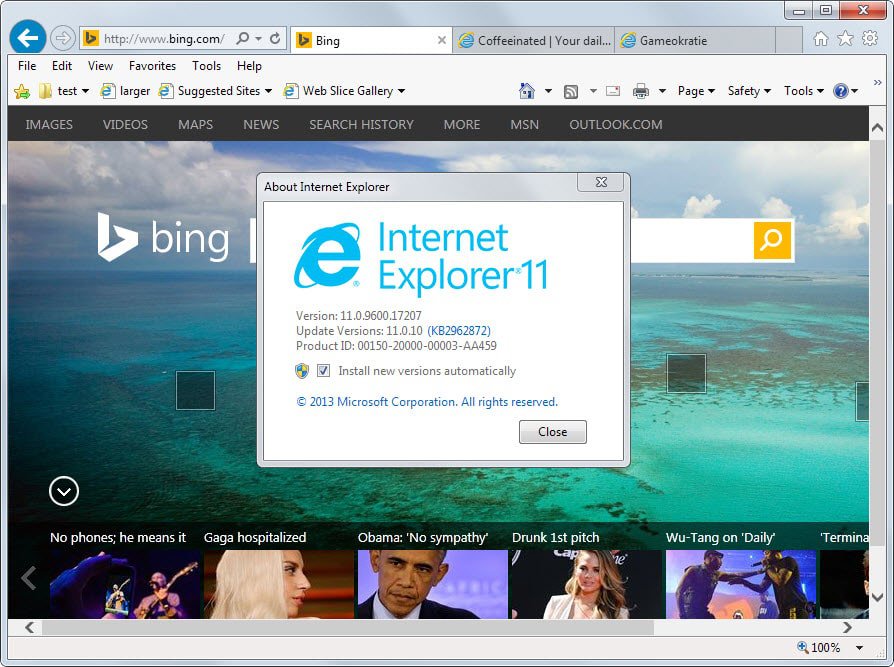 To make this clear to users, Microsoft plans to release an update for Windows 7 and Windows Server 2008 R2 to remind users of the change.

That update will only be deployed if the following conditions are met:

The update will be made available on the first Patch Day of the year 2016 which coincides with the end of support for older versions of Internet Explorer policy.

It is unclear right now how those reminders will be displayed on the system. Possible options include a system tray icon but also reminders similar to the "Get Windows 10" offer that Microsoft displays on Windows 7 or 8 systems.

The reminders can be disabled in the Windows Registry:

Microsoft has not revealed a similar update for Windows 8 systems, and it is unclear if it plans to release one on the same day or at a later point in time. The update would only affect Windows 8, and not Windows 8.1 as the latter ships with Internet Explorer 11 already.

Windows Vista users are not affected by this at all. Their copy of Internet Explorer 9 will remain supported until the end of life of Windows Vista on April 11, 2017. (via WinSupersite)

Martin Brinkmann is a journalist from Germany who founded Ghacks Technology News Back in 2005. He is passionate about all things tech and knows the Internet and computers like the back of his hand. You can follow Martin on Facebook or Twitter
View all posts by Martin Brinkmann →
Previous Post: « Microsoft publishes Edge extensions page and extensions accidentally
Next Post: Microsoft SmartScreen Filter gets Drive-By Attack Protection »