by Martin Brinkmann on December 19, 2015 in Internet Explorer - 7 comments

It works similar to Google's SafeBrowsing feature but is broader in scope as it is not limited to a single program but works system-wide.

Drive-by attacks originate often on trusted websites where they are executed through third-party scripts such as advertisement or hacks. If it often the case that they don't require user interaction for execution and that is it enough for the user to visit a website to be exposed to the attack. 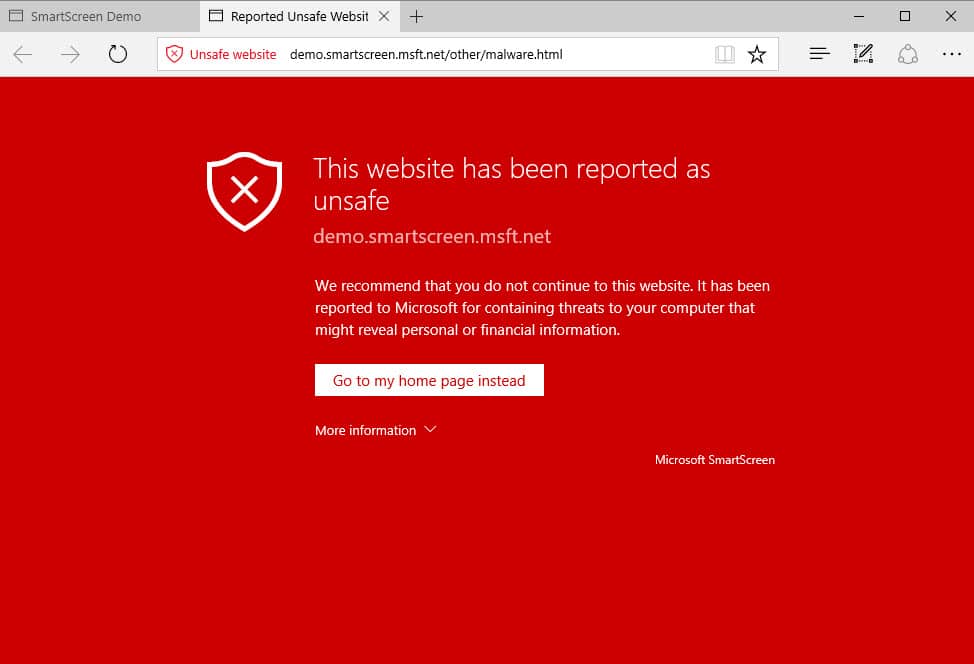 Microsoft notes that drive-by attacks make use of exploit kits for scaling purposes that target vulnerabilities in software such as the web browser itself or plugins such as Flash or Java that are commonly used.

The time to exploit has decreased in 2015 according to Microsoft with exploit kits exploiting patched vulnerabilities as early as the day patches were released for them giving users and system administrators less time to apply security patches and updates to operating systems or programs.

So how is SmartScreen Filter's drive-by attack working?

Unlike existing SmartScreen protection from socially engineered attacks, drive-by attacks need to be detected and prevented before any web content is parsed and rendered. To avoid impacting browsing performance, SmartScreen helps protect against drive-by attacks by using a small cache file created by the SmartScreen service. This cache file is periodically updated by your browser to help keep you protected and to ensure that calls to the SmartScreen service are only made if we believe there’s a high probability of malicious content on a page

Another improvement that goes along with the new security feature is that SmartScreen may now show warnings for contents in frames on sites only. Previously, SmartScreen would display full page warnings on malicious pages even if the attack was carried out using framed content.

The new feature will block only the malicious content on the page allowing users to interact with the safe parts of the page. 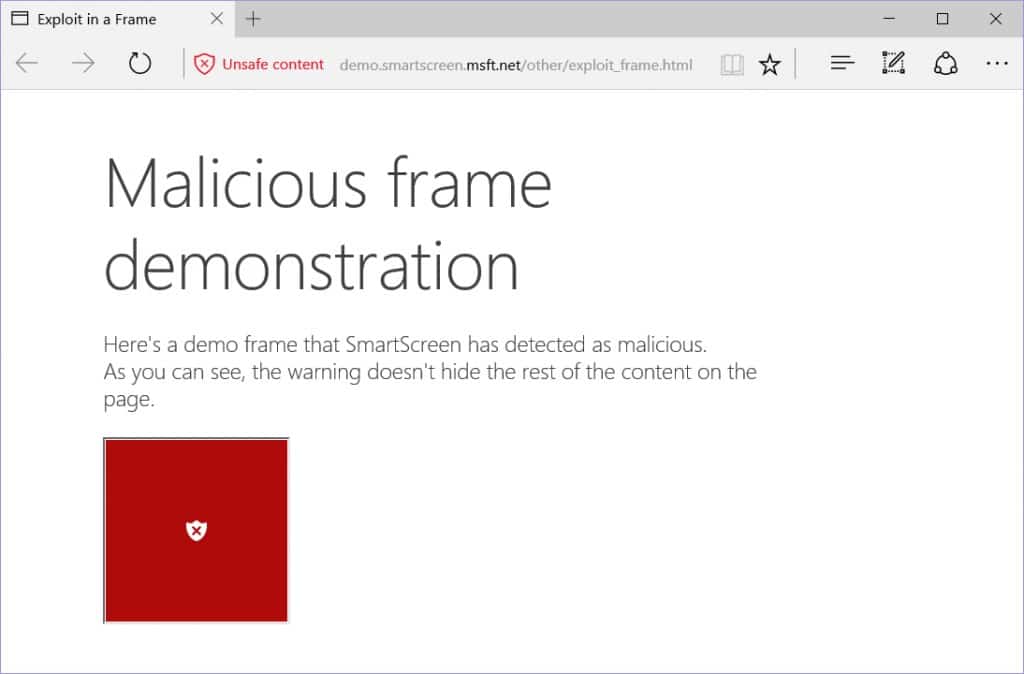 The decision to limit the new feature to Microsoft's two recent browsers falls in line with the company's decision to phase out older versions of Internet Explorer on Windows 7 and Windows 8 systems.

It does mean however that the feature won't be available on all versions of Windows still supported by Microsoft (including Windows Vista which is stuck with Internet Explorer 9).

Now You: Do you have SmartScreen turned on or off?