How to fix video playback errors on Kindle devices

I don't own a Kindle but my mother does. She uses it mainly to read some books, listen to audiobooks and watch movies when she is traveling.

I'm the one who is copying audiobooks, ebooks and movies to the device and ever since I started doing so, I ran into issues with the default video player on the device.

I discovered quickly that the Kindle supports the mp4 format and that videos had to be in that format for the default media player to play them.

I also found out that videos is not the right category to find videos that you have uploaded to the device. You have to select apps and there the personal videos application to play those using the default player.

While some mp4 files play just fine right away, others would not play at all even if I used the same program to convert them into the format.

The error message was always the same (German in this case. It basically states that the video cannot be played.) 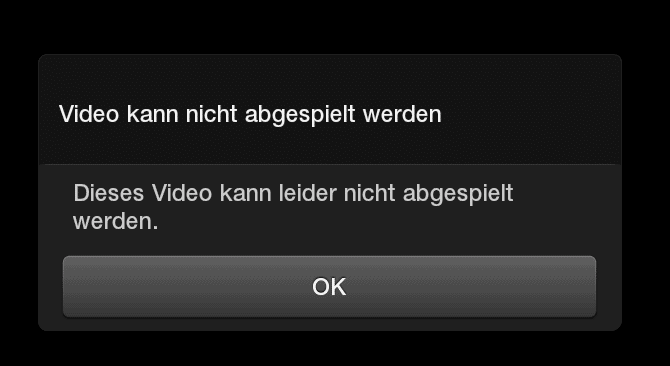 After trying various converters and conversion settings to no avail, I decided to try a different course of action.

Since the Kindle is based on Android, it should support Android apps including other media players.

A tap on apps and then on store loaded the store interface on the device. A search for video player returned many results including VLC for Kindle Beta.

Since I really like VLC on the desktop, I decided to give it a go. It is freely available and while I cannot guarantee that it will run on all Kindle devices, it installed fine on my mother's Kindle Fire HD device. 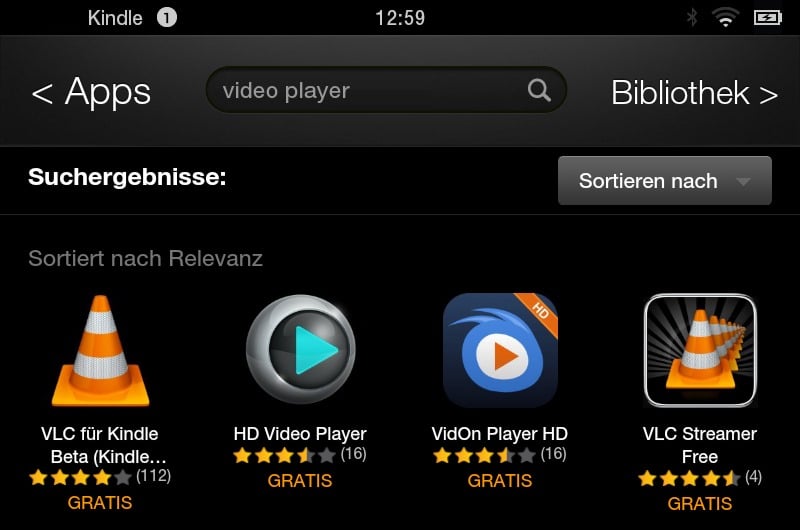 Once installed, it becomes available under apps as well. You can launch the player directly from there or select it as the default playback device when you open your personal videos on the Kindle device.

VLC supports other formats such as mkv or avi on top of it which means that you don't even need to convert your videos anymore to mp4 format before you move them to your Kindle device.

VLC Media Player is just one solution for the video playback issue. Other players may also be capable of playing video files that the default Kindle video player does not play.

Article Name
How to fix video playback errors on Kindle devices
Description
If you cannot play videos on your Kindle device that you have copied to it, you may be interested in a solution to the issue so that the error goes away.
Author
Martin Brinkmann
Advertisement