When in doubt verify. That's one of the maxims that I use daily to avoid running into troubles. That's especially true for files and programs that I want to test and run on my system. Sometimes they come from untrustworthy sources, and even though I have antivirus installed I prefer to double-check those files to avoid a successful virus attack on my computer.

IObit Cloud is a new service by IObit that users can utilize to scan files for malicious code. The process itself is straightforward. It begins by selecting the file from the local hard drive. The service does not mention file size limitations but it seems to be that only files up to 20 Megabytes can be uploaded.

The online antivirus scanner loads the file and begins to analyze it. The load on the server has been relatively low in the time of testing. All file scans started immediately which could change in the future. 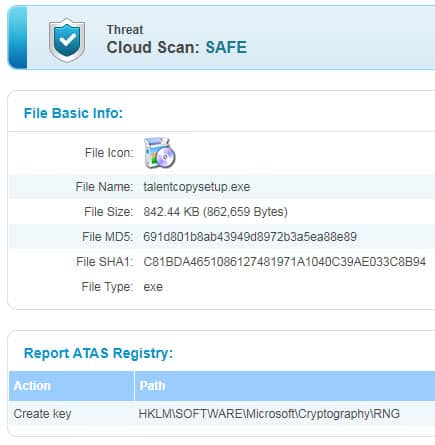 A report is generated in the end that contains a threat assessment, basic file information that include hashes, information about Registry changes and a report link.

IObit Cloud is a new service that the developers need to improve. What's missing? Frequently asked questions or usage instructions for information like file size or type limitations for instance, or a privacy policy so that users know how the files are handled by the service.

IObit Cloud is an alternative to other online antivirus file checkers, especially those that utilize only one antivirus engine as well.

The better option for most users is a multi-engine service such as Virustotal which offers a safer assessment of a file's threat potention.

Update: The service is now displaying a service load indicator in the upper right corner of the screen. It is still not as complete as Virustotal or other multi-engine scanners.