Many of you may know the discontinued freeware Microsoft Bootvis. Here is a short explanation for those who do not. Bootvis analyses the boot process and measures the startup time from cold boot, hibernate and standby. After analyzing the startup process it will optimize it so that boot times of one or more minutes are a thing of the past. It's a great tool if you have a computer that is slow booting into your operating system of choice.

The design goals for Windows XP on a typical consumer PC are:

It needs to be noted that Bootvis is no longer officially supported or in development by Microsoft, and that the software is also not working on newer versions of the Microsoft Windows operating system. Windows XP users on the other hand can still download the program from third party websites like the one linked above to test and analyze the boot speed of a Windows XP system.

Third party tools are available for newer versions of the Windows operating system such as Windows Vista or Windows 7. One option is Soluto, a free alternative which can be used to test the boot speed of the operating system, and make changes to the programs that start with it to change the boot speed this way. 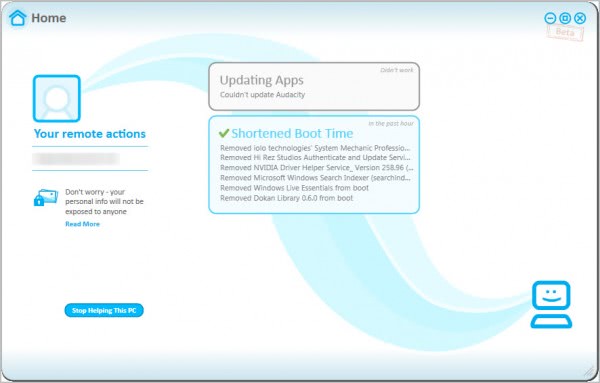 The tool offers suggestions by taking into account what other users of the program have done to improve the startup of the operating system. This for instance includes information about how many users of Soluto have disabled a program so that it won't run on startup. Note that Soluto will restore all changes that you have made should you uninstall it again on your system.