You may soon use Tabs in Notepad for Windows 11

Microsoft seems to be working on bringing support for tabs to the default Windows plain text editor Notepad. A screenshot of an internal version of Notepad was posted to Twitter by a Microsoft Senior Product Manager.

The tweet has been deleted in the meantime, but the Web does not forget. A copy of it is available on the Internet Archive website (via Phantom of Ocean3) 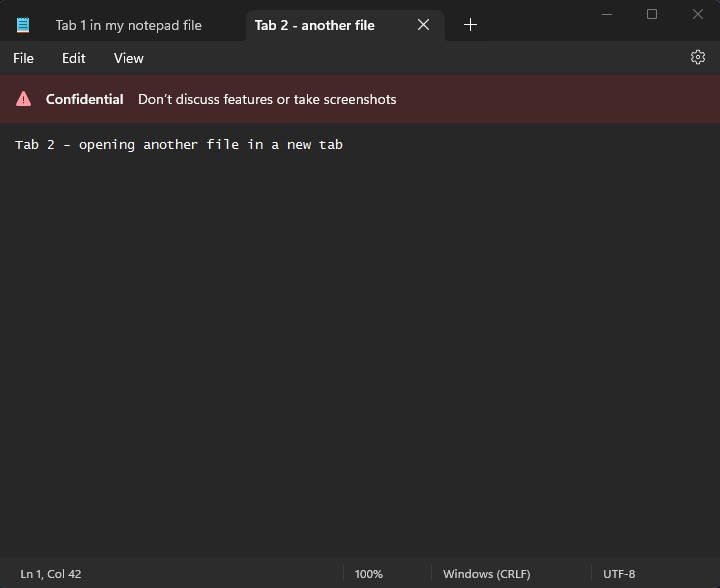 The screenshot shows an updated Notepad text editor interface that features tabs prominently at the top. Tabs give users the option to load multiple text files in the same Notepad window.

Microsoft introduced support for tabs in File Explorer earlier this year, after it cancelled the attempt to bring tabs to all windows of the Windows operating system.

It is too early to tell if the tabs implementation in Notepad will support these features. The single screenshot that leaked does not reveal much apart from the fact that Microsoft is working on support for tabs in the application.

Many third-party text editors support tabs and are more feature-rich than Notepad. Programs like Notepad++ or Notepad3 come to mind.

Microsoft appears to have switched from bringing universal tabs support to Windows, to introducing support for tabs in individual apps. It is possible that the company is working on bringing tabs to more default apps.

Now You: Any built-in Windows program that you would like to see tabs added to?