Ventoy 1.0.86 is the latest version of the open source tool to create bootable media using disk image formats such as ISO or IMG. Ventoy supports the placing of multiple disk images on a single USB drive, which makes it an excellent option to run different versions / installers of Windows or Linux from a single device. 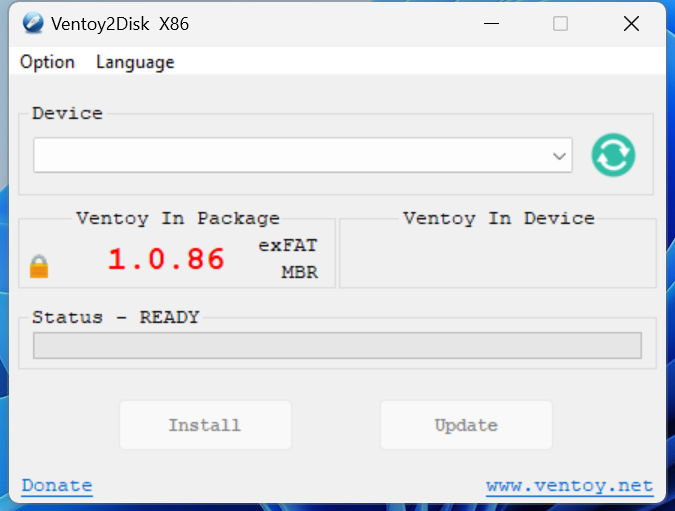 The functionality was introduced in earlier versions of Ventoy, but the new default behavior improves things for users considerably. Since it is enabled by default, it works right away. Users who don't want these applied need to override the default values using Ventoy's global control plugin.

Tip: you can check out my guide on using local accounts on Windows 11 here, and the guide on bypassing the creation of a Microsoft Account during Windows setup here.

Ventoy 1.0.86 includes several fixes and improvements next to that. Noteworthy is Ventoy2Disk.exe's support for command line mode and new menu languages.

You can check out the full changelog here.

Ventoy is not the only bootable media tool that can bypass Windows 11 requirements. There is also Rufus, which includes similar functionality to do so.

Now You: do you use Ventoy or Rufus? (via Deskmodder)

Previous Post: « Intel's latest wireless and Bluetooth drivers fix a crash and performance issues
Next Post: « You may soon use Tabs in Notepad for Windows 11