If you have spend some time using Windows 8 you know that there are basically two options to sign in. You can first use a local account just like you can under previous versions of Windows. The second option is to use a Microsoft Account to do so. Doing so enables the option to synchronize data between other PCs running Windows 8 by leveraging cloud storage to do so.

Besides syncing your own computers this way, you also benefit from this when signing in with the account on third party systems running Windows 8 to work with your own personalizations and settings. A Microsoft Account is also the requirement for downloading and installing apps from Windows Store.

Some users of the Windows 8 Release Preview have reported that they are experiencing issues with the operating system's synchronization feature. While there are some prerequisites like running an activated version of Windows, it appears that some users have issues even after they have activated their versions of Windows.

Microsoft appears to be aware of the issue and will fix them before the final version of windows 8 gets related. A Microsoft Accounts troubleshooter has been released for users running the Release Preview of the operating system. 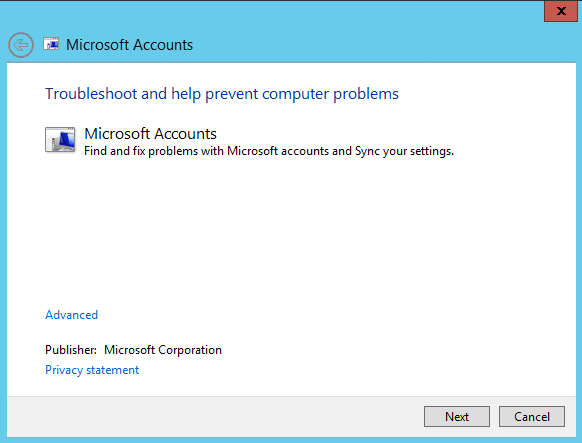 This program basically scans the system for known issues to repair those that are found. I'd recommend clicking on the Advanced button in the interface to disable automatic repairs to see what the program finds and suggests to fix. The following issues are checked by the program: 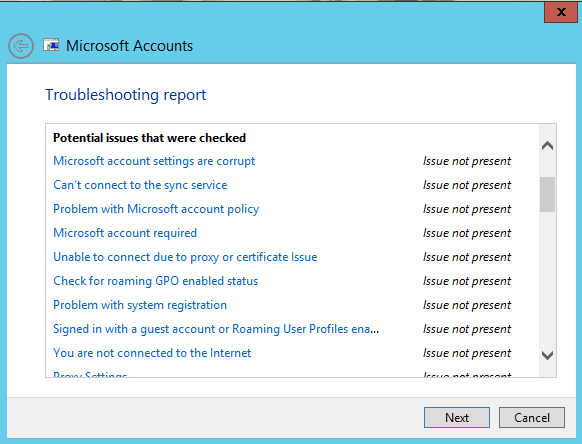 If you have selected advanced you are presented with the program's findings. Here you can choose to repair some or all of the issues that it has found during its system scan.

Martin Brinkmann is a journalist from Germany who founded Ghacks Technology News Back in 2005. He is passionate about all things tech and knows the Internet and computers like the back of his hand. You can follow Martin on Facebook or Twitter
View all posts by Martin Brinkmann →
Previous Post: « How to bypass Symantec's WS.Reputation.1 System
Next Post: How to quickly switch between themes in Windows »