Get a sneak peek of Firefox's New Design

If you are following the development of the Firefox web browser you have probably noticed that some Mozilla designers are currently working on a new design, or refresh, of the browser that they call Australis. Up until now, mostly screenshots of the new design have been made available on designer blogs, while some smaller changes have already been implemented into recent versions of the web browser.

Windows users who'd like to get a feel for the emperor's new clothes can now download an alpha version with the design elements enabled. Firefox Australis is available as a portable version and installer, courtesy of Mozilla engineer Jared Wein. 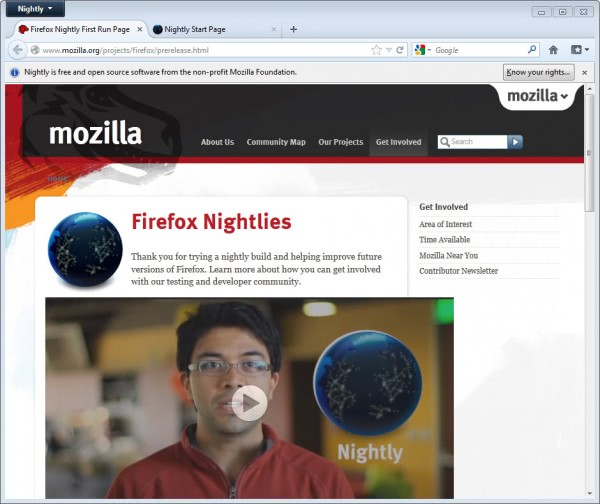 When you look at the changes you will immediately notice many of the toolbar changes that the new design ships with. Most prominently are probably the tabs which now use rounded corners instead of rectangles. When you look at the address bar you will notice a number of changes. First, there is only a back button available, and the address field has been moved almost to the border of the window as other elements like the reload, stop or homepage button have been moved elsewhere.

The forward button will only appear if there is an option to go forward (that is if you went back at least once). The reload button and the history dropdown menu are now part of the address field, and the home button has been moved to the right of the search bar next to the bookmarks icon there.

Not everything that designer Stephen Horlander has created has been implemented in this alpha preview version of the new theme. You can check out the full theme design here on the designer's page.

Current Firefox users who can't wait to get their hands on the theme, but prefer not to install and use an alpha version, can instead take a look at the Australis theme for current versions of the browser that is implementing some of the changes in current versions of Firefox.

Design changes are often heavily criticized by existing users of a product, and it is likely that at least some won't like some or even all of the changes that Australis introduces. What's your take on the new design? Good move forward or too close of a Chrome copy?

Mozilla releases Firefox 100: here is what is new

Firefox for Android now has a toggle for HTTPS-Only mode