Microsoft has released Windows 11 Insider Preview Build 22621.885 and 22623.885 to the Beta Channel. The latter is rolling out with some new features, including a new way to access the Studio effects from the Quick Settings panel. 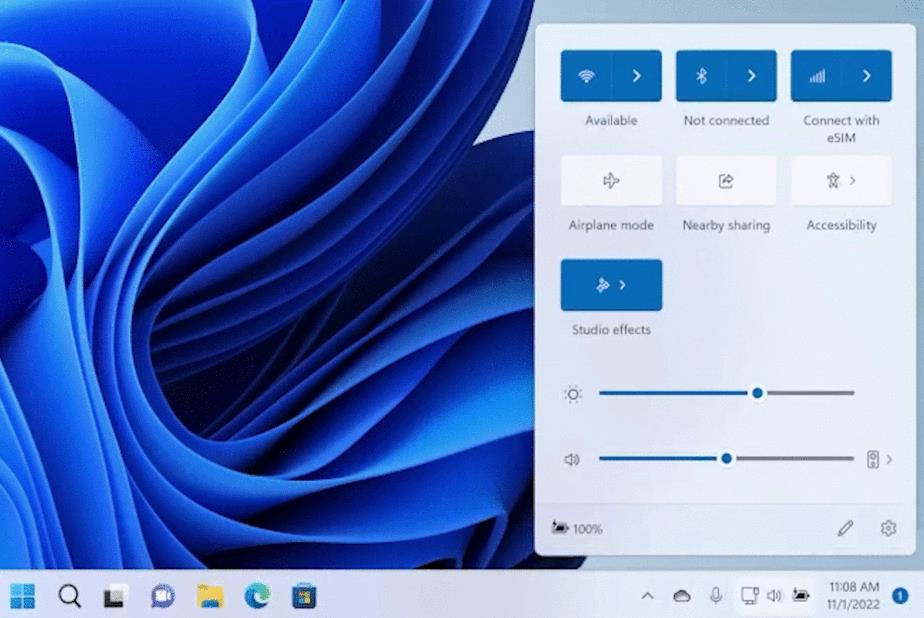 Back in April 2022, Microsoft showcased various AI enhancements for the camera called Windows Studio Effects, to improve the video calling experience. The improvements were formally unveiled when Windows 11 22H2 was released in September. 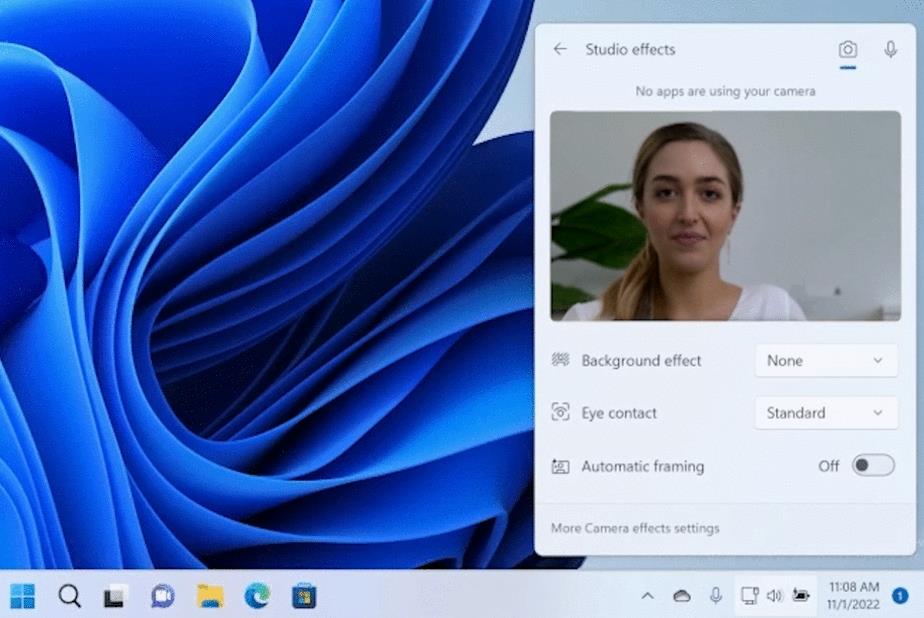 Now, Microsoft has added a new toggle in the Quick Settings panel called Studio Effects. Enabling the option displays a preview of your camera's feed along with various options right inside the Quick Settings interface. This includes some camera effects that you can configure such as Background Blur, Eye Contact, and Automatic Framing, and they will be applied automatically in video calls. You can also set up audio effects like Voice Focus to filter background noise, directly from the Quick Settings. These options are also available from the Settings app, but it's nice to have shortcuts that can be changed quickly while you are on a call.

The only catch here is that these effects require a device with a Neural Processing Unit (NPU).

Remember the Power related settings that we first saw in the Dev Channel Build 22557 in February? They are now rolling out to users in Build 22623.885. You can access the options from the Settings app > System > Power & Battery > Energy Recommendations. 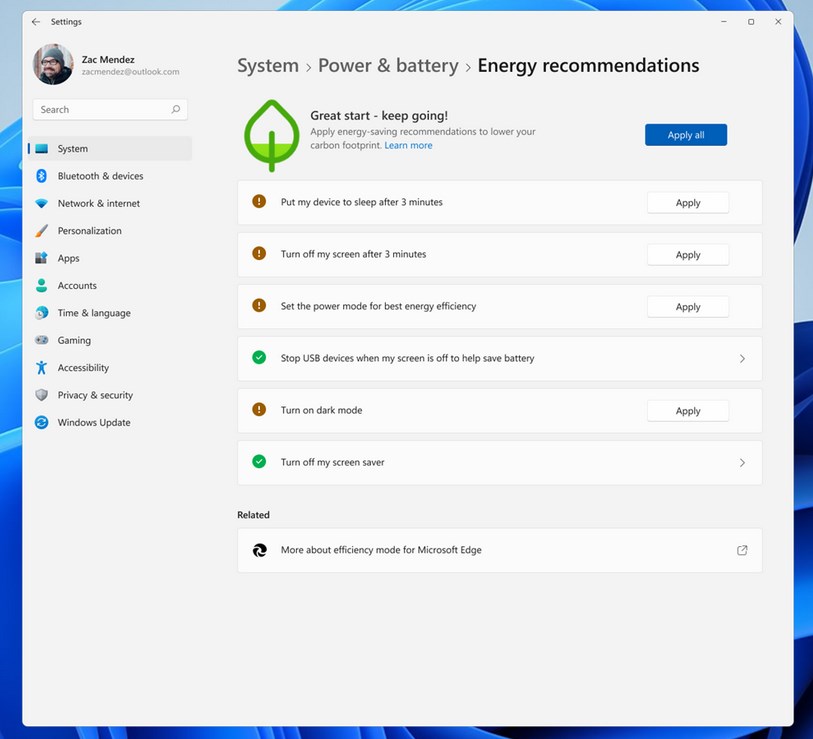 It contains various tweaks that optimize the power usage of your PC to reduce your electricity usage, which in turn reduces your carbon footprint.

The following changes are rolling out to both builds that were released to the Beta channel, but some features are disabled by default in Build 22621.885.

The Widgets board displays an expand button next to the add widgets button. This is identical to the feature that was introduced in the Dev Channel Build 25201 in September. Clicking on the expand button switches the widgets board from the regular view to a Full View, which is a maximized version of the panel. This can be useful if you want to see more news content and updates in the board at once. You can go back to the half view mode by clicking the expand button again. Windows 11 will remember your preference, so the next time you access the Widgets, it will open in half view or full view accordingly.

The Tamil Anjal keyboard, first seen in Build 25197 is shipping with the latest beta release. The Clipboard History now supports input in Password fields, this option was introduced in Build 25227 last month.

Microsoft has fixed some bugs in Windows 11 Build 22621.885 and 22623.885. We have reported about the fixes in our Dev Channel articles, you may refer to the recent ones, or read the release notes that have been published at the Insider Blog.

It is worth noting that users who have Build 22622 installed on their PC, will be moved to Build 22623 automatically via an enablement package.

Previous Post: « Microsoft blocks the Windows 11 2022 Update from another set of devices
Next Post: « Windows 11 Beta Build 22623.891 enables the search bar in the Task Manager