Windows 11 Insider Preview Build 25227 ships to the Dev Channel with some changes to the Widgets, Start and Microsoft Store

Windows 11 Insider Preview Build 25227 has been released to the Dev Channel. Microsoft is testing some changes in the Widgets panel, the Start Menu and the Store app. 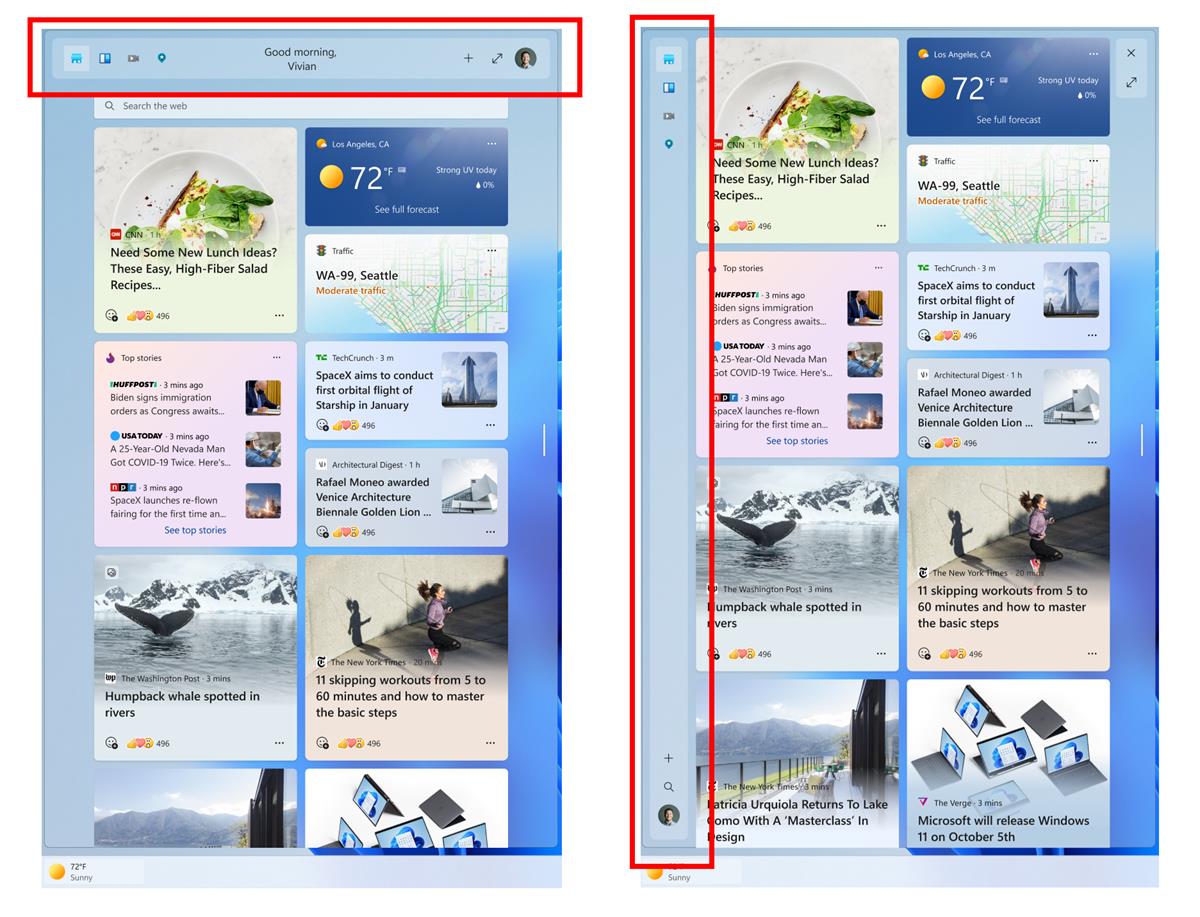 Widgets board with a new header position

Microsoft is changing the Widgets board experience yet again. This time, it is experimenting with a new position for the header. It contains various buttons including options to add new widgets, your profile, and some shortcuts to view the Map, Traffic, etc.

An image shared by Microsoft shows that one of the styles has the header at the top of the board, while the second style places the bar vertically on the left edge of the panel. The experience is not available for all users yet.

Some users may see a badging on their profile picture in the Start Menu. The badge will serve as a notification to tell the user that some actions need to be taken. Since Microsoft has not revealed any screenshots about it, we don't know what the badging looks like.

I tested it in Microsoft Store version 22209.1401.10.0. The trailers play when you mouse over a game's card for a few seconds. This only seems to work with games in the featured section in the home page, such as Best Selling Games, Top Paid Games. The videos are not triggered in games that appear in the store's search results.

The trailers are played quietly with the audio muted. You can't turn the feature off, the trailers play even if you have disabled Video autoplay in the Microsoft Store app's Settings.

Windows Clipboard History now supports password fields. If the clipboard manager's history contained a password, you can use the Win + V to trigger the pop-up panel, and select the login, it will be pasted in the field. This feature was introduced in Build 25206 on a limited basis, but is now available for all users. 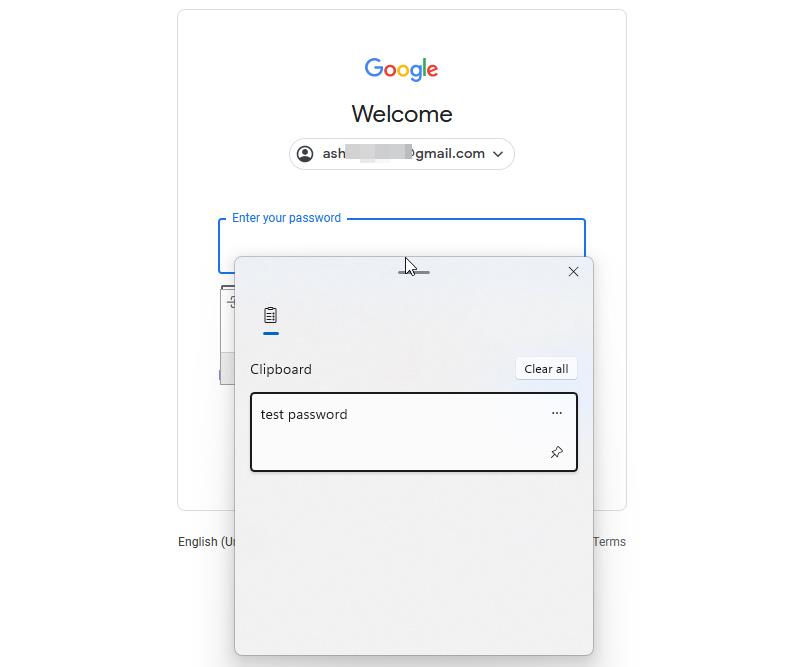 The settings for Voice Typing, Automatic punctuation and Voice typing launcher are being changed to sync them across all devices. Users can toggle the feature from the Settings > Accounts > Windows backup > Remember my preferences > Accessibility page. This feature only works with Microsoft accounts now, AAD support will be added in the future.

Users who try to change the partition style of their hard drive from the System > Storage > Disks & Volumes > Disk Properties screen will see a new dialog that will them about potential data loss. The property pages for Ethernet and Wi-Fi Settings now displays the gateway information in the network details summary.

Some users were unable to upgrade to recent Dev Channel builds. The operating system would display an error 0xC190010. Though this issue has been patched, Microsoft says that it is a generic rollback error code, so users could still see the error if they encounter a different issue. Users who have the Tablet-optimized taskbar enabled on their device can now swipe up from the Taskbar with a pen to expand the bar.

The touch gestures and animations have been improved. The touch gesture for Start will follow your finger with the taskbar. Switching between apps on the tablet-optimized taskbar should no longer lead to Explorer.exe crashing. Dragging the icons in the system tray will not cause Explorer.exe to crash. Quick Settings should respond properly when you try accessing it from the System Tray. The icons on the tray were not updating in real time, a bug related to this issue has been resolved.

Scrolling back up with the mouse wheel in the File Explorer wasn't working after users hit the bottom of the navigation pane. Microsoft says that it has fixed the problem. A bug that was causing certain apps to hang when opening the Open File or Save File dialog has been patched.

The Start Menu will not crash when you drag something across an open Start menu folder. The Search button on the taskbar was not responding when clicked upon, Microsoft has patched this bug. Images should no longer open in Print mode when you click on them from Search.

A bug was causing the mouse to stop working in some games, this issue has been fixed. The Task Manager's window can be moved when you drag it from the bottom area of the title bar. Some apps including OneNote were crashing in recent builds. The issue has been mitigated, but Microsoft is investigating feedback related to this bug.

Recording devices should now appear in the Volume Mixer when they are playing sound, when “Listen to this device” is enabled. The Reset this PC screen will now display a black background, similar to the upgrade screens. Miracast's connectivity has been improved. An issue that was causing some computers to running into an error that said, "MULTIPROCESSOR_CONFIGURATION_NOT_SUPPORTED" has been fixed.

Microsoft says that it has addressed an issue that was causing performance degradation in monitoring tools that used the Microsoft-Windows-DxgKrnl ETW provider, this issue also affected Windows Mixed Reality.  An update has been released for Gaming Servicing in the Microsoft Store. Users who were experiencing crashes with the service should install the update to fix the issue.

There are no new known issues in Build 25227. Some bugs in Build 25217 were fixed in the new version. Microsoft has released ISOs for Build 25227, you can download them from here. The release notes for Windows 11 Insider Preview Build 25227 can be found at the Windows Insider Blog.

Microsoft has also released Windows 11 Build 22621.754 to the Release Preview Channel. It is rolling out through the KB5018496 Update, and includes various improvements for Windows Hello, the Microsoft Account section in the Settings, the Taskbar, the Task Manager, and more.