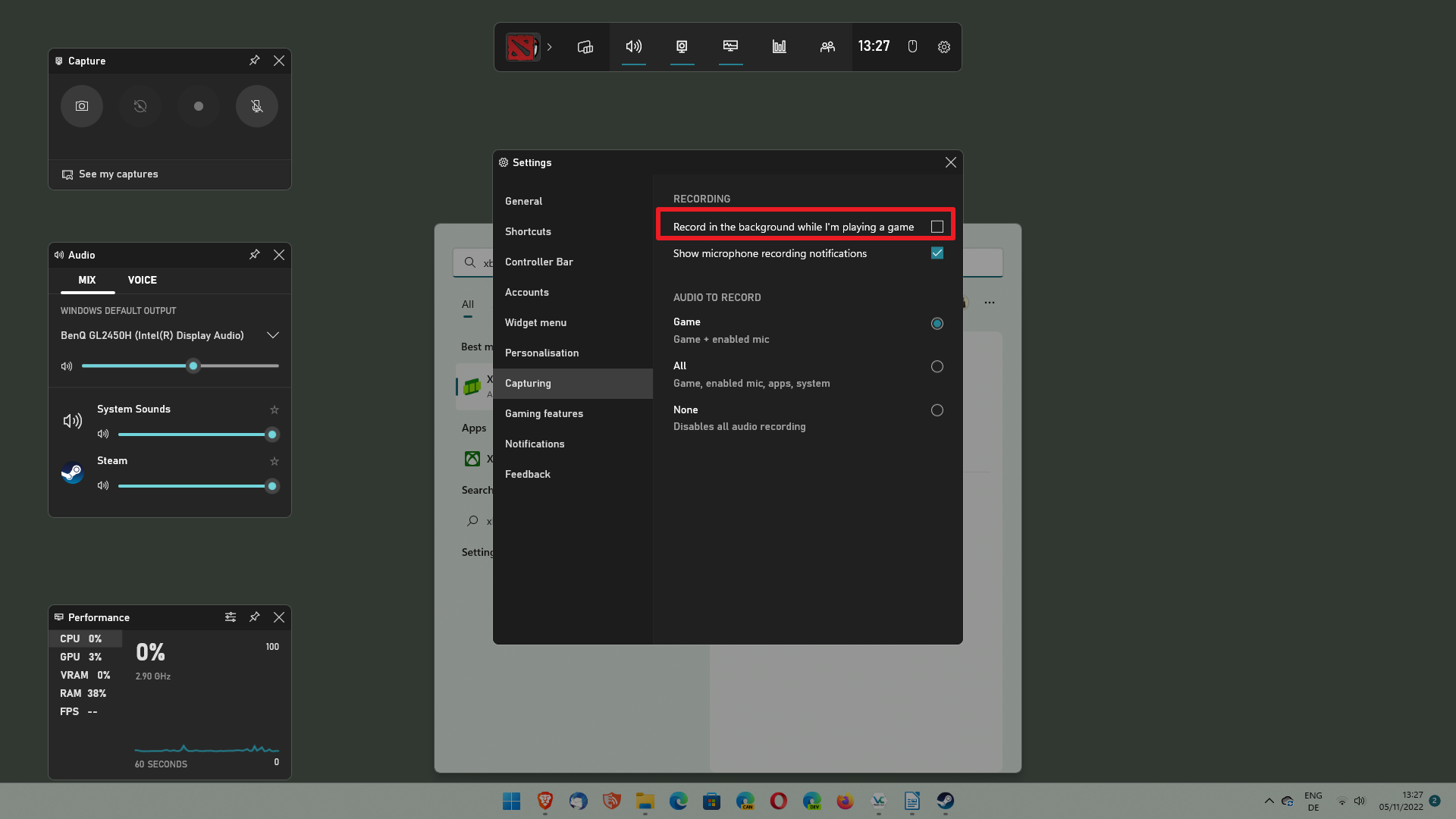 Good news is that Microsoft fixed the issue already in the preview update KB5018496, which it released on October 25, 2022. The update is not distributed via Windows Update automatically, on the other hand. The upcoming November 2022 Patch Tuesday will remove the block and correct the issue on devices that run the first feature update for Windows 11 already.

According to Microsoft's description, audio may be out of sync when Windows 11 users use the Xbox Game Bar application's capture feature. Most users may experience the issue when the "record last 30 seconds" option is used after activating "record in the background while I'm playing a game" in the application's settings.

"The Xbox Game Bar app might have issues in which the audio is out of sync when capturing gameplay to a video file. You are more likely to encounter this issue when using the "Record last 30 seconds" feature when “Record in the background while I’m playing game” is enabled in Xbox Game Bar. Developer Note: Apps which capture or process video files using the same underlying Windows libraries or APIs as Xbox Game Bar might also be affected by this issue."

Microsoft notes that third-party apps that use the same "underlying Windows libraries or APIs" may also be affected by the issue.

Windows 11 devices still running the initial version of the operating system do not face the issue. The issue may occur only on devices that are upgraded to the first feature update before the November Patch Day releases.

Microsoft plans to remove the safeguard hold in mid November according to the bug report on the known issues and notifications support page.

Now You: do you use the Xbox Game Bar app on Windows devices?