Microsoft released the source code and compiled builds of the original Windows File Manager and a modified version with additional functionality to the public recently.

Introduced in Windows 3.0 the File Manager allowed Windows users to manage files more efficiently. It supported operations such as browsing, searching, copying, moving, executing, or deleting, and was the predecessor of Windows Explorer and File Explorer that Windows users use today on their machines.

Windows Explorer replaced the File Manager as the default file management tool on Windows 95 and Windows NT 4.0, but the classic program was still included. 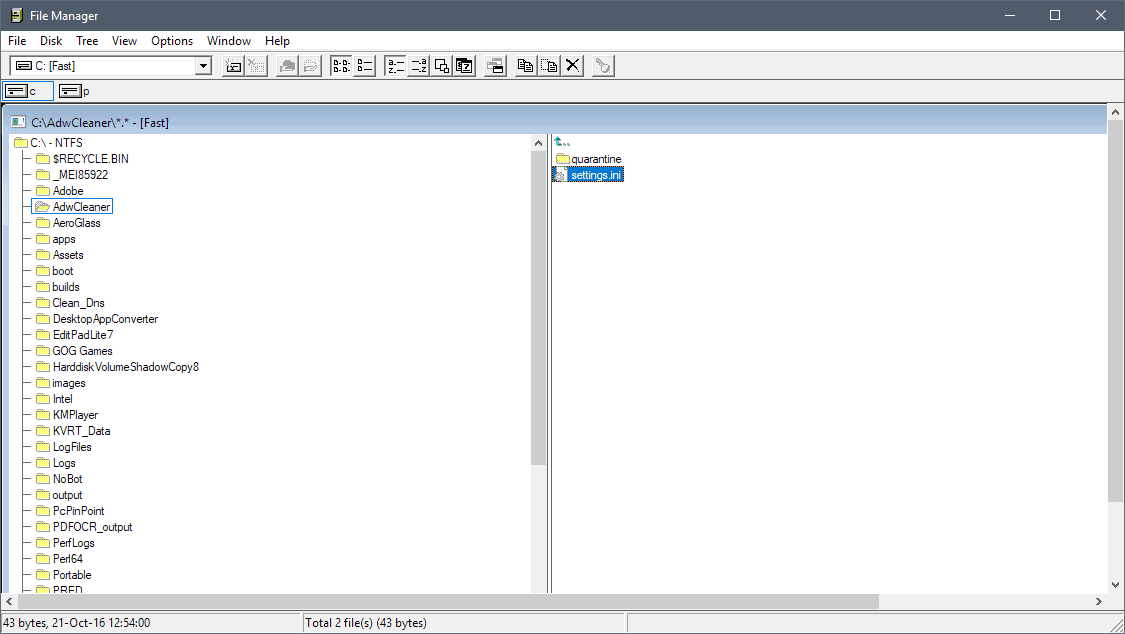 Do the following to run the classic File Manager for Windows right now:

Microsoft created two different versions of the File Manager. The original version is close to the original while version 10.0 includes additional enhancements that make it more suitable for today.

The original version of File Manager needed modifications to run on modern versions of Windows. It was a 16-bit application and Microsoft converted the source so that it works with Visual Studio 2015 and Visual Studio 2017.

The source compiles and runs on 64-bit versions of Windows and Microsoft had to make a handful of other changes to get the application to work properly. Internal API references had to be changed to public APIs, and a "few header files" needed to be added on top of that.

The modified version of File Manager introduces features that most Windows users expect from a file manager.

File Manager Plus supports drag & drop, changes keyboard shortcuts so that they map current functionality (e.g. Ctrl-C to copy and not to change drive), and better search functionality such as setting a date so that only newer results are returned.

A question that needs to be addressed is whether File Manager is a viable replacement for Windows Explorer or File Explorer.

While it is certainly possible to use the program for basic file management operations, I'd say it is not very suitable even though it does support most core features that Explorer supports.

File Manager feels a bit clunky to use and it lacks features such as setting favorites or having direct access to all drives in a sidebar. Ultimately, it does not really offer anything that Windows Explorer does not support as well.

File Manager worked fine during tests on a Windows 10 Pro machine. It uses just a little bit of memory (15 Megabytes or so) while running and supports all key file operations.

Microsoft released the source code of the application which, at least in theory, could lead to forks that introduce new functionality or change the Windows File Manager in other ways.

It is definitely fun to play around with the classic manager and compare it to the current version of Windows Explorer to see all the things that changed in the past two or so decades.

Now You: do you use Windows Explorer or another file manager?

Martin Brinkmann is a journalist from Germany who founded Ghacks Technology News Back in 2005. He is passionate about all things tech and knows the Internet and computers like the back of his hand. You can follow Martin on Facebook or Twitter
View all posts by Martin Brinkmann →
Previous Post: « Microsoft broke "disable web search" in Windows 10 version 1803
Next Post: DoNotSpy10 4.0: new privacy settings and PUP offer »