Microsoft's Windows 10 operating system differs in several regards from previous versions. It is the last version of Windows according to Microsoft, was offered as a free upgrade to existing license holders, and its core powers not only desktop PCs but also the company's Xbox, mobiles, and other devices.

Advertisement in Windows is not an entirely new concept, but it is being pushed in Windows 10 like never before.

Ads have been spotted on the lockscreen, the start menu, the share menu, and the taskbar already. Not all users see all the ads all the time, and it is quite possible that some users may have seen them in only some locations, or even none at all.

Note: Microsoft calls these suggestions and not ads.

The newest location of Windows 10 where you may be exposed to advertisement is File Explorer. Yes, the renamed Windows Explorer application that most Windows users use to navigate their system.

A user on Reddit, see the original thread here, noticed the ad when he opened File Explorer on a Windows 10 Home machine which he upgraded from Windows 8.1.

It advertised an Office 365 subscription to the user:

Get the best deal on your cloud storage with OneDrive

Funny side note of the incident is that the user already has an Office 365 subscription.

The advertisement is displayed on top of the file pane in File Explorer. You can dismiss it, but there is a chance that other ads, or even the same, may be shown again.

Turning off the ads 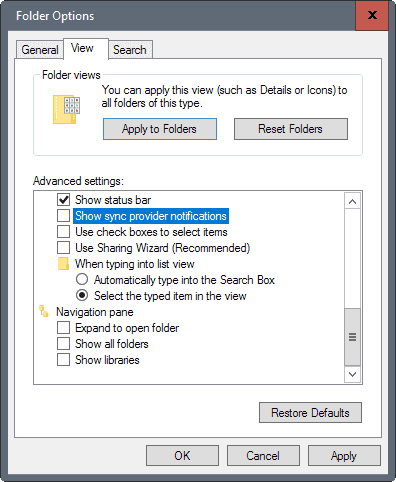 Microsoft makes it difficult to turn off all ads in Windows 10. Ads are not controlled using a single preference, as controls are scattered around.

What makes this even more difficult is that the preferences don't necessarily reveal that they control advertisement (or suggestions) at all.

To turn of the ads in File Explorer for instance, you have to do the following:

The name of the feature suggests that the "notifications" are limited to file sync services such as OneDrive, and not just limited to OneDrive. 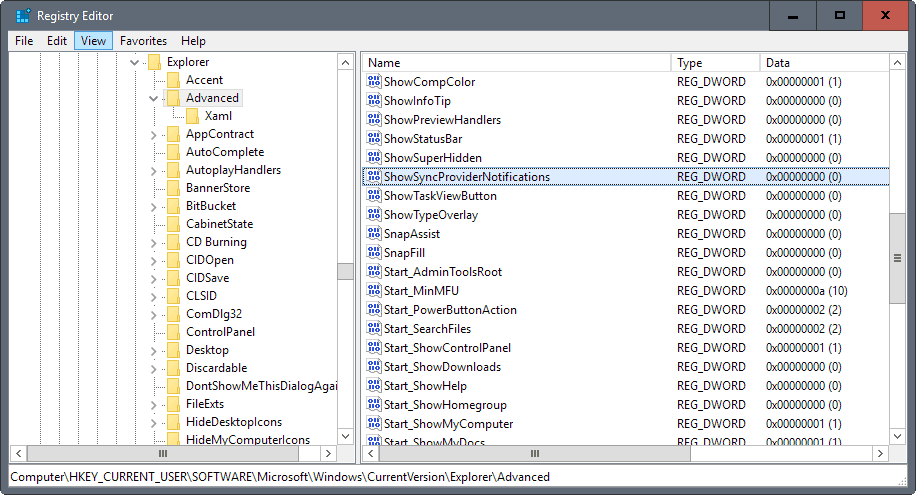 You may toggle the setting using the Windows Registry as well (thanks Into Windows).

The preference should exist, but if it does not, you may create it with a right-click on the Advanced value on the left-side, and selecting New > Dword (32-bit) Value. Name it ShowSyncProviderNotifications, and set its value either to 0 (off) or 1 (on).

Now you: have you seen ads on Windows 10?