How to work with apps on the Windows 8 start screen

If you are not one of the users who decides to sit out on Windows 8 or skip the start screen to go right to the desktop, you may have noticed that the start screen gets filled with applications rather quickly. This do not have to be apps that you install from Windows Store as Windows 8 picks up on - some - software installations as well so that shortcuts of those programs are displayed on the start screen as well.

First thing that you can do to get more space on the start screen is to see if you can increase the number of rows on there. This only works if you have a fairly large monitor though. Unless you run a very high resolution, the best you can get out of it is one additional row on the start screen.

You probably know already that you can move tiles around by dragging and dropping them into another location to sort applications the way you want them to appear in. I'd recommend placing the desktop shortcut at the top left as you can simply hit return when the start screen loads to go to the desktop.

You will notice that start menu tiles come in small and large variants. All Windows Store apps can be resized with a right-click and the selection of smaller or larger from the bottom toolbar. This can work to your advantage when it comes to the column pairs on the start screen as you can use it to reduce the number of gaps between pairs on the page. 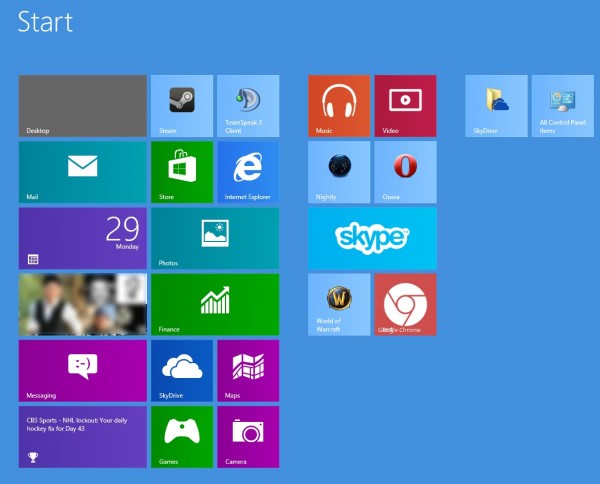 You will notice that a column consisting of small tiles gets expanded if you move a large tile to it or change the size of one of the existing tiles to a large one. This only works if a column is filled with apps, and not if there is still place where a large tile can be placed in.

A click on the minus symbol (or the shortcut Windows-) at the lower right corner of the screen zooms out of the current view. It displays an overview of all apps that you have installed on the system which you can use to quickly navigate to a specific position on the start screen. This is only useful if you have more columns than Windows displays on the screen at any given time or if you want to move an entire column to a different position on the start screen.

You can use the mode to name columns. This is done with a right-click on the column and the selection of Name Group from the toolbar that opens up. The name is displayed both on the start screen and the zoomed mode. 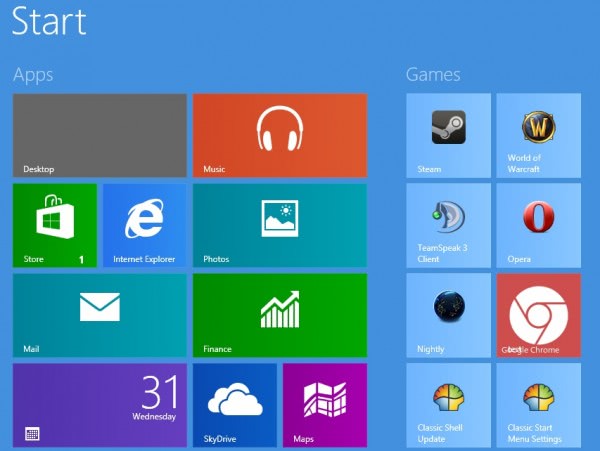 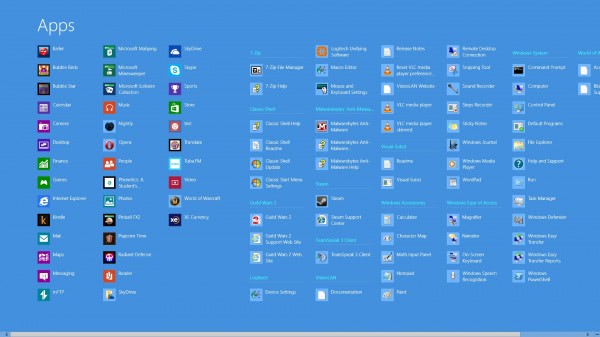 You can use the search to open apps quickly, which often makes more sense than clicking on apps on the start screen, especially if they are not displayed there prominently. Just start typing the name of the app or program while on the start screen and you should see a list of hits immediately on the screen. To start the first app simply hit return.

If you are running multiple devices with Windows 8 you may also be interested in syncing apps across devices. While you can't do that automatically, you can display a list of apps not installed on the PC - but on others - to quickly install them all on the computer.

Have another tip on getting more out of the Windows 8 start screen? Feel free to share it in the comments.