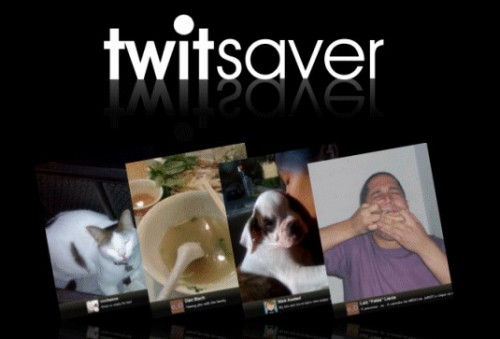 The major drawback of Twitsaver is that it does not offer customizations. It is not possible to change the frequency or specify certain Twitter users that should be used exclusively.

Update: The Twitter Screensaver is no longer available, the web page it was hosted on is throwing a 404 not found error message when you try to open it. It is therefore safe to assume that the Twitsaver project is dead, which may have something to do with recent Twitter API changes.

I'm not aware of a comparable program at the moment. Your best bet is to use one of the two Twitter screensavers listed above, which both are still available and it seems functioning at the time of writing this update. Keep in mind though that this may change in the future as well. For now though, they are your best bet when it comes to displaying Twitter contents on a screensaver in Windows.