The developers released Handbrake 1.3, the first update in over a year, recently. The new version introduces new features and improvements including support for Ultra HD Blu-Ray discs, new presets for Sony's Playstation 4 and Discord, support for AV1 and WebM, and more.

Our first review of Handbrake dates back to 2007. We focused on the program's capabilities to extract video files from DVD discs at the time and released new articles for the Handbrake 1.0 release in 2016, and the Handbrake 1.1 and Handbrake 1.2 releases in 2018. 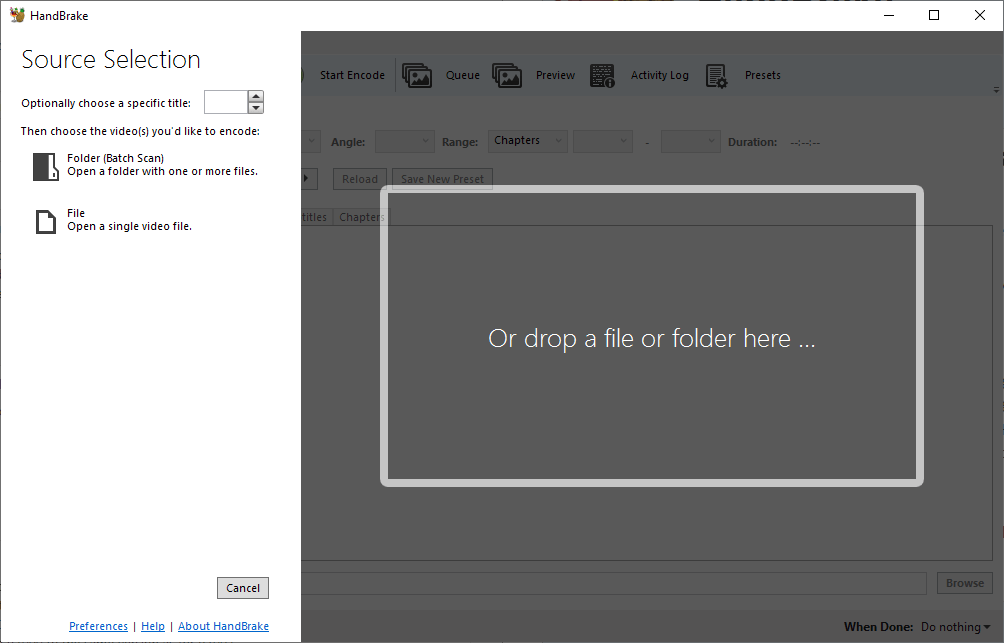 Note: Existing users may want to process pending items in the queue before upgrading. Those that run pre Handbrake 1.0 versions should "make note" of custom presets as these may not be compatible with the new version (in other words, may need to be created again after the upgrade). The Mac OS X version runs only on Mac OS X 10.11 El Capitan or later.

All versions of Handbrake 1.3 feature a redesigned queue user interface and are available in more languages than before (depends on the operating system. On Windows, French, German, Chinese, Korean, Russian, Spanish and Turkish was added).

The developers have removed Windows Mobile presets from the list of default presets and added Playstation 4 Pro 2160p60 4K Surround, Discord and Discord Nitro presets to the application. The quality of the Gmail preset was improved slightly as well.

Support-wise, Handbrake 1.3 introduces support for several new formats including AV1 and Ultra HD Blu-Ray discs. As usual, only discs that are not copy protected are supported by the application.

The new version comes with plenty of library file upgrades, subtitle improvements, and on Windows a new "low battery level and disk space safety" measure feature. You can check out the full release notes here.

Handbrake 1.3 displays the source selection dialog on start. You may use drag and drop operations to drop files or folders (which will be scanned by the application). The program loads the configuration screen afterwards that you use to set processing and output parameters. The interface may look intimidating at first as it displays a lot of options and makes use of tabs next to that. The easiest option is to pick one of the available presets as these customize the settings automatically. Presets are available for specific device types but also for general purposes, e.g. if you pick Fire TV 1080p30 Surround settings are optimized for FireTV playback.

One of the strengths of Handbrake is its support for custom presets; handy if you use devices that are not supported by the default presets. Just make modifications to the settings and select the "save new preset" option to make it one of the available presets that is available in future sessions.

Handbrake is a powerful video converter for inexperienced and advanced users alike. The new version improves the client in several meaningful ways and is a recommended update because of that. (via Deskmodder)

Martin Brinkmann is a journalist from Germany who founded Ghacks Technology News Back in 2005. He is passionate about all things tech and knows the Internet and computers like the back of his hand. You can follow Martin on Facebook or Twitter
View all posts by Martin Brinkmann →
Previous Post: « Create dozens or even thousands of folders and name them instantly with New Folder Wizard
Next Post: Twitch Studio Beta launches for Windows: streaming for everyone »