HandBrake 1.0.0, a new version of the popular open source cross-platform video converter, was released on December 24, 2016.

I reviewed HandBrake for the first time in the year 2007 here on Ghacks as a program to convert video DVDs. The program is capable of more than that however. Basically, what it allows you to do is convert any input video file or DVD / Blu-Ray video source that is not copy protected, to the file container formats mp4 or mkv.

The video conversion program is easy to use on the one hand, but offers advanced options for users who want more control over the conversion process.

In the best case, all you need to do is load one or multiple video files in the program, select one of the available output presets -- e.g. Android 720p30, Playstation 1080p30 Surround, or Super HQ 1080p30 -- and start the conversion process with a click on the "start encode" button. 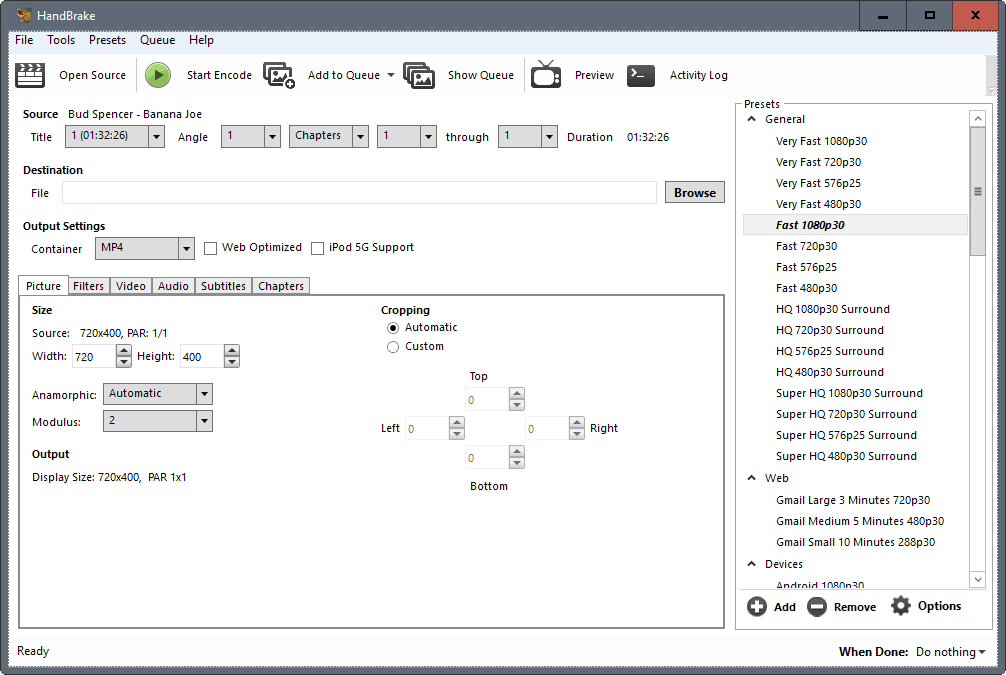 So what is new in HandBrake 1.0.0? A lot. The presets that the program ships with have been updated big time. You get new device presets for devices released in recent time, new general use presets for best compatibility, new presets for web publication or sending, and new Matroska presets that include support for VP9 video with Opus audio.

That's not the only change however. The developers of the program have improved the audio and video sync engine; it handles problematic video sources better in the HandBrake 1.0.0 release.

What else is new?

Below is a short selection of important changes in the new version of HandBrake:

HandBrake 1.0.0 is an excellent video converter that is powerful and easy to use at the same time. The new version improves the program significantly for all supported operating systems.

While it is still not the one-video-converter to rule them all, as it lacks options to merge or split video files for instance, it is excellent when it comes to converting different video sources to mp4 or mkv.

Now You: Which video converter do you use, if any?

Martin Brinkmann is a journalist from Germany who founded Ghacks Technology News Back in 2005. He is passionate about all things tech and knows the Internet and computers like the back of his hand. You can follow Martin on Facebook or Twitter
View all posts by Martin Brinkmann →
Previous Post: « There is no reason to use VLC UWP on Windows 10 PCs
Next Post: Good Riddance: 3D TV is dead »