Handbrake 1.2.0 is the latest version of the cross-platform open source video transcoder. The new version is available for all supported operating systems -- Windows, Linux and Mac OS X -- and as source code.

We reviewed Handbrake in 2007 for the first time and have followed development ever since.

Windows users can download the setup version or a portable copy of Handbrake; the new version requires the Microsoft .NET Framework 4.7.1 which will be downloaded and installed if not present on the system. Handbrake for Mac OS X requires OS X 10.10 or later now. 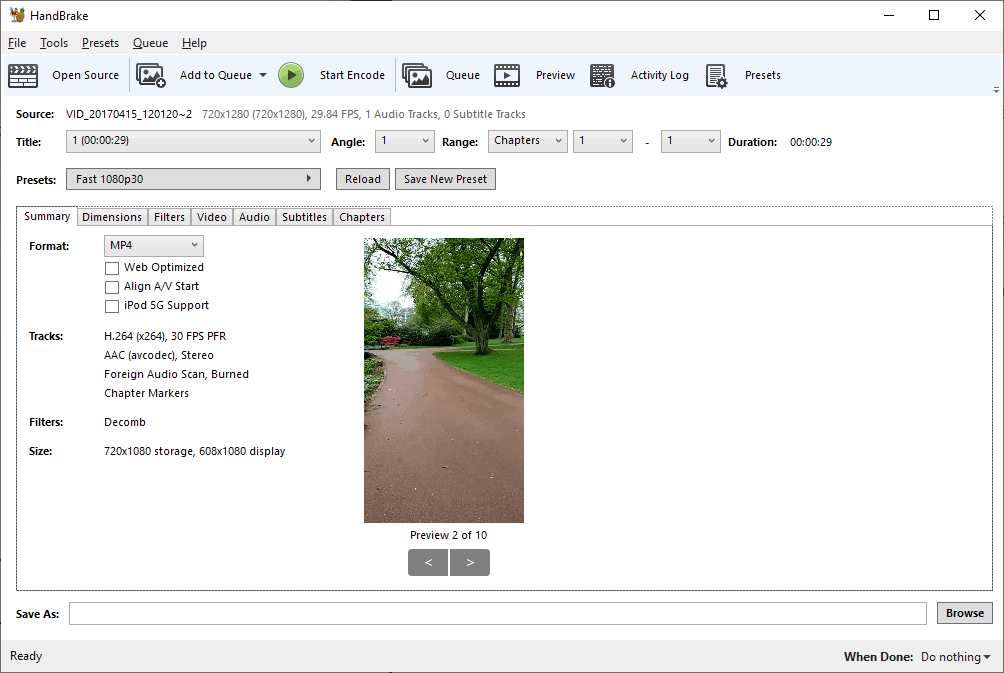 Handbrake 1.2.0 features numerous changes and improvements. The development team switched the decoding library from Libav to FFmpeg in the release; Libav and other components were removed from the program package as a consequence. FFmpeg was added, and several libraries were updated.

The video transcoder comes with a list of default presets to convert videos for specific devices, platforms, or screen resolutions and types. The new Handbrake version introduces support for 720p at 30 fps for Amazon Fire devices and 1080p at 60 fps for Google Chromecast devices. Other presets were updated, and some legacy ones removed.

Presets are configurations that users may select, e.g. to convert a video so that it is optimized for a specific device or platform. All it takes is to select a preset, e.g. Devices > Android 480p30 or General > Super HQ 1080p30 Surround, to change the encoding parameters accordingly. Parameters can be customized after loading presets.

Another new feature is support for automatic queue archiving; the queue can be recovered for seven days, useful if Handbrake crashes or is closed unexpectedly to restore the queue and continue with the transcoding process. Handbrake may be run with the parameter --recover-queue-ids=ID to recover a specific queue on start.

Users on Windows devices who run Handbrake may benefit from support for AMD VCE and NVIDIA NVENC hardware-accelerated encoders to speed up the encoding process.

There is more: Windows users can drag and drop SRT subtitle files to add them to videos, Mac Os X users on 10.14 or higher find support for Dark Mode and Touch Bar support, and Linux users get initial support for GTK 4.

Check out the entire -- huge -- changelog on the official website for a full rundown on new and improved features in Handbrake 1.2.0.

Now You: Which video transcoding software do you use, and why?