Microsoft: Ads in Mail client were experimental only

Advertisement in email clients has always been a controversial topic. Microsoft pushed an update to the default Mail application on Windows 10 for Insiders recently that brought ads to the client; a feature that the company claimed later was never "intended to be tested broadly".

The Mail application of Windows 10, and Windows 8 as well, is a basic program to manage email accounts on the desktop.

It is not really suitable for users who use email a lot, but works fine if mail is used occasionally only. Other email clients for the desktop, be it the open source program Thunderbird or Microsoft's own Outlook application, provide far better functionality. 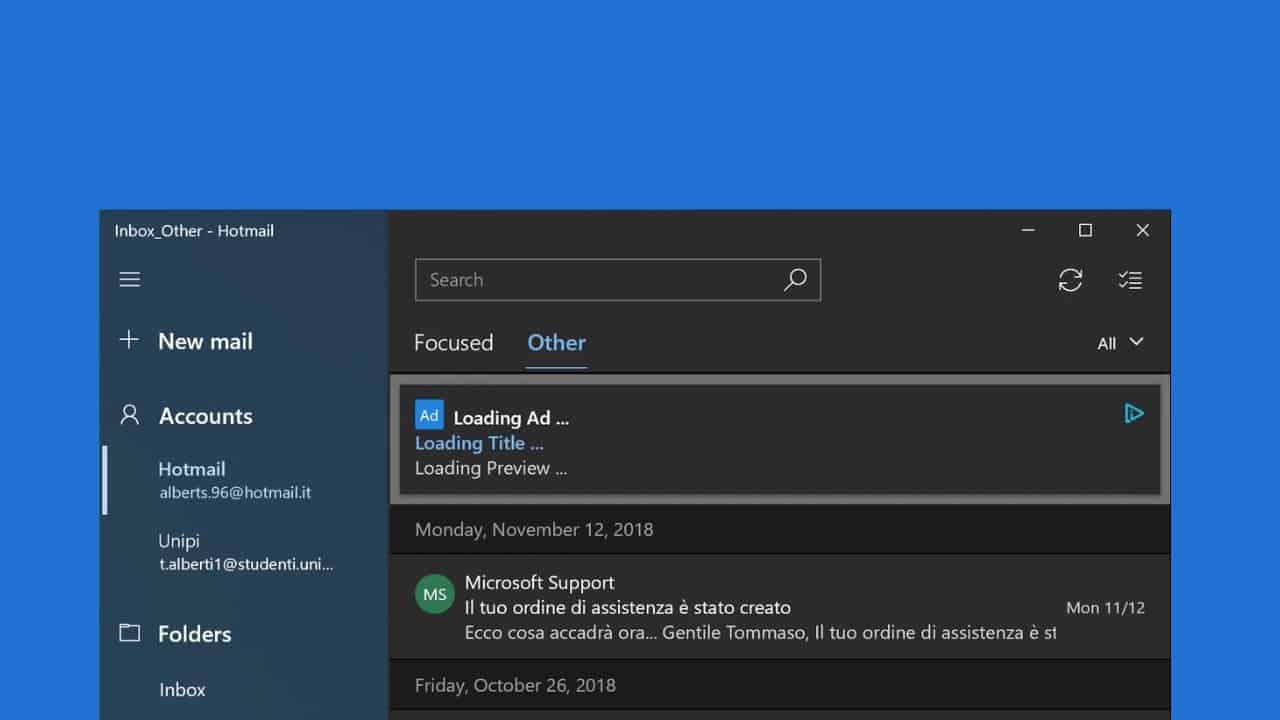 It turned out that some users were seeing these ads for a period of weeks or even months. A support page, which Microsoft pulled in the meantime, stated that the company was running an advertisement experiment in the countries Brazil, Canada, Australia, and India.

Bleeping Computer ran a story in July 2018 about inline advertisement in the Mail client.

Mayank Parmar noted back then that it appeared that Microsoft was running an A/B test as he could not replicate it back then on test systems (not counting the obligatory "Get premium Outlook features" ad that Microsoft displays in the Mail application.

Microsoft's Frank X. Shaw,  Microsoft Corporate vice president, communications, replied to the tweet stating that the feature was experimental and that it is being turned off.

This was an experimental feature that was never intended to be tested broadly and it is being turned off.

Microsoft introduced advertisement early on in the lifecycle of the operating system. Windows 10's Start Menu displayed ads -- suggestions as Microsoft called them -- from the very get-go, and that expanded to the Lockscreen, Share feature, and File Explorer over the years.

While it is possible to disable Windows 10 ads, some users wondered whether it was right to display advertisement in an operating system that was not free.

Advertisement is typically only displayed in free products and not in paid ones. Gmail users get advertisement but use of the software is free; this is not true for Windows 10, however, as it is not available as a free product.