Windows users have several keyboard shortcuts at their disposal when it comes to switching between different programs or tabs on the operating system.

Microsoft announced on the Build 2019 developer conference that Alt-Tab behavior may change in one of the next feature update releases for Windows 10.

The company plans to integrate a feature that it calls Sets in a future feature update for Windows 10, and it is the functionality that Sets introduces that made Microsoft rethink Alt-Tab behavior.

Sets is a new feature that adds tabs to program windows. Think of browser tabs but for programs; you could run multiple File Explorer instances in a single program window, or combine Microsoft Edge, File Explorer, a Command Prompt, and an Excel spreadsheet in another one. 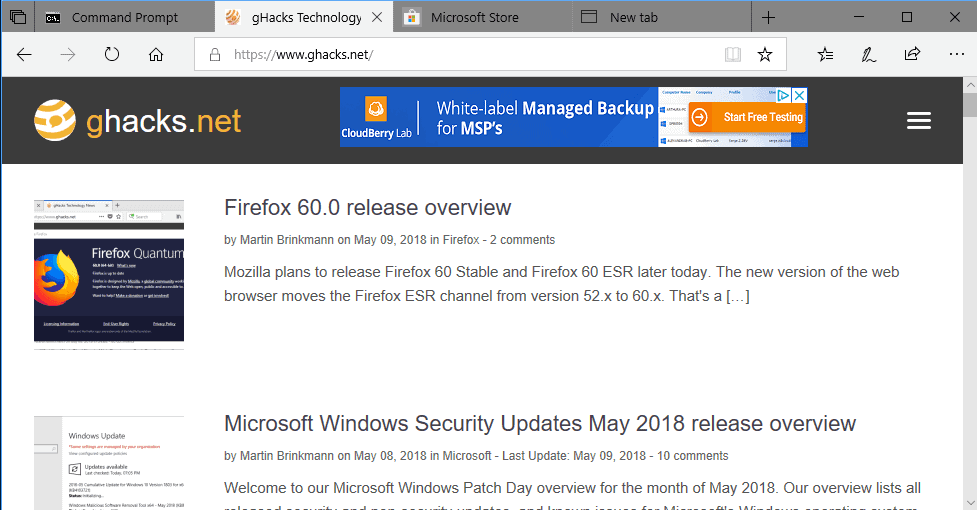 The main issue that Microsoft faces with the introduction of Sets is that Alt-Tab would not really catch all the programs open in a Set as it would be identified as a single window. That's why Microsoft decided to experiment with the Alt-Tab behavior to take the new functionality into account.

Microsoft's current plan is to make Alt-Tab switch between different tabs of a Sets window as well. That's a major change for users who use Alt-Tab to switch between different program windows but it appears to be a viable solution to catch all open program windows even if they don't appear in their own window instance but as part of a set of programs in a single window.

It is unclear yet whether Sets will be released in the coming feature update that will have the version 1809. Microsoft wants Sets to be perfect when it releases the feature and if development does not take Sets there in the coming months, it may be postponed again.

Now You: What is your take on Sets and the Alt-Tab change?