Jetpack, the popular stats plugin for WordPress, has released several updates recently. The latest, which came yesterday, January 6th, brought an unwelcome gift for those who have upgraded to the recent WordPress 3.5 platform. The latest version of Jetpack, 2.1.1, disables some key functionality within WordPress -- namely the ability to add media.

Users who upgraded were surprised when attempting to edit a new post. When clicking the "Add Media" button, which WordPress added in version 3.5, nothing happens. Nothing at all. No error message, no continuous running. Just nothing.

While it took a little while, as the day went on the WordPress support forums began lighting up with customers demanding to know what had happened to their beloved content management system. This is not the first WordPress 3.5 problem either. Previously another plugin, Bulletproof Security, caused some issues upon upgrade. In fact, that one was even tougher to fix, involving FTPing into a site to remove HTaccess from the WP installation. 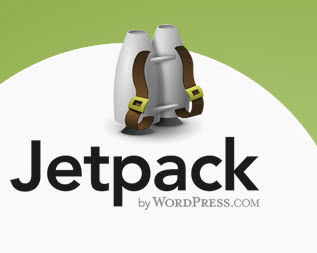 The problem caused by Jetpack will prove somewhat easier to fix. Initially I attempted to disable the plugin, as it was the only update that occurred before the problem reared its head. That did not solve the issue.

However today, one clever user on the WordPress forums -- paulbienkowski -- found that you not only need to disable Jetpack, but also do a reinstall of WordPress 3.5 in order to solve this problem. Meanwhile, another user also reports that, in addition to "Add Media", the update also broke the linking. Still another poster said that enabling Jetpack, but not connecting it to WordPress.com, would get everything working again.

So far there has been no mention of any of this on the Jetpack web site, at least as far as I could find. However, the developers are usually on top of these things, so I would expect a fix to be coming within the next day or two. For now, all you can do is follow what I have outlined above.