ViStart is a great alternative if the latter is the case. I have reviewed the program back in March when the first batch of start menu programs were released for the Windows 8 operating system. Configuration and setup back then was complicated, as it involved manual adjustments to the taskbar to properly align the start menu orb on it.

The developer of the program has improved the start menu program since that time, and the new version that was just released should handle the configuration on its own without user interaction. 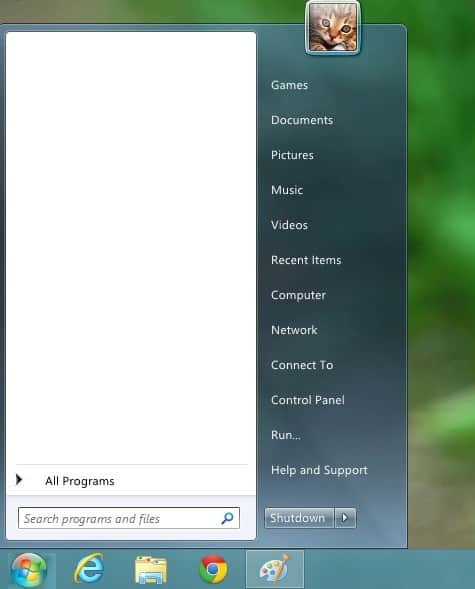 Please note that the ViStart installer contains two third party offers that are not required to run the program on your system. Make sure you click on decline if you do not want those offers to be installed on your system.

ViStart adds a Windows 7-like start menu to Windows 8. The menu on first glance looks similar to the default menu that Start8 adds to the operating system, but there are several differences. You only find desktop applications listed in this start menu, while Start8 features both Metro and desktop apps. You may run into issues opening the start page of the Windows 8 operating system as a consequence as the Windows key has been mapped to opening the desktop start menu. There is a link to the Windows Store which you can use, but no direct link to the start page itself. You can however use the Charms bar or the start page link located in the lower left corner of the screen to get there. This should not be an issue for Windows 8 users who do not want to work with the start page.

I do prefer Start8 over ViStart right now, but it will change if the former is turned into a commercial program. If that is the case, I'd either use ViStart or Classic Shell to bring back the functionality to Windows 8. Both programs work under all recent versions of Windows, not only under Windows 8. (via Ask VG)