Google Music has been moved to the new Google Play subdomain along with the Android Market, part of Google Books and Google Movies. The main purpose for the move was to consolidate all services under one address, to make it more attractive and accessible to users of the service. The main aim of the service is to create a counterweight to Apple's iTunes service which is also offering different media in one interface.

Google Music users who open the service's website now are automatically redirected to the new website, where they can use the service in the same way as they did previously. Users from all over the world can upload music to the service, or grab free music to add it automatically to their account. Only users from the United States can use the music store right now to purchase music on Google Play. Everyone else receives the dreaded "unavailable in your country" error message. 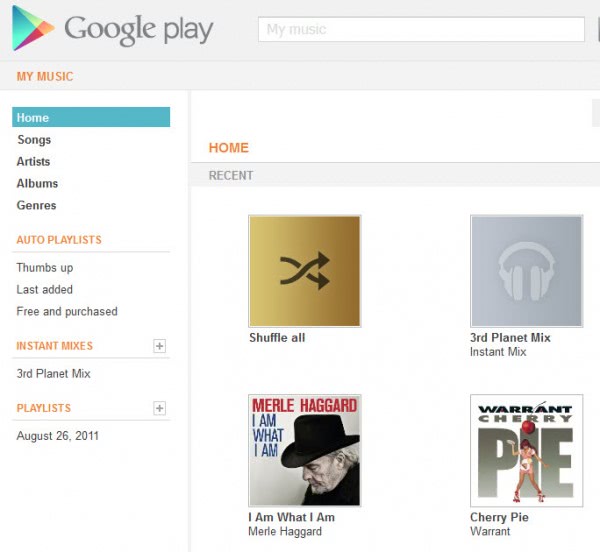 For those users, Google Play My Music is nothing more than an online storage for music that they have uploaded or grabbed freely. If you like to play music in the interface, you probably have noticed that you can only control the music if you click on the tab first to activate it. The service does not support global hotkeys or media keyboards at this point in time.

The latest version of the extension, which is fully compatible with Google Play, supports the following three hotkeys:

The hotkeys work even if Google Music is opened in a different window. There is no option to change the hotkeys, which means that you may run into incompatibilities if other extensions are also making use of the same hotkeys.