Android Market was the place that the majority of Android phone owners went to for downloading and installing new apps and games on their phone. The market offered free and commercial offerings side-by-side, but no music or ebook offerings whatsoever.

Google itself had two issues with that Android Market concept. First that the company's book and music services where not integrated into the market. Apple's iTunes for instance is a one stop destination for all iOS users to get games, apps, ebooks and media on the platform. Google Android owners on the other hand had to visit Android Market for games and apps, Google Music for music, and Google Books for books. The fragmentation of businesses for Android users has been identified by Google as one of the core reasons for the stark revenue contrast when compared to Apple's platform.

The store still appears to be fragmented, as you only find game and apps offerings listed on the store front, with no direct links to music, book or movie offerings in the store. 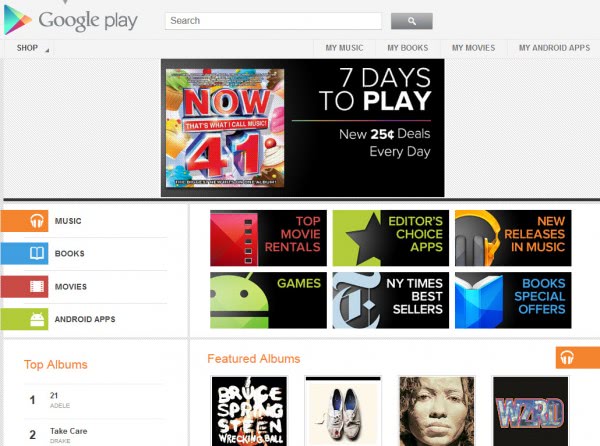 No word yet when and if the missing services will be made available to Android users who open the store from unsupported countries. For them, nothing at all has changed.

Have you visited Google Play yet? If so, what's your impression of the service?