Avast on Thursday has released the final versions of their 2012 security lineup. Avast Free Antivirus 7, Pro Antivirus 7 and Internet Security 7 are now available at the official site and in-software updates. The new version ships less than three weeks after the beginning of the official beta test which we have covered earlier this month here on Ghacks.

The company has added two new features to the security software, and improved several existing ones. Avast has moved the virus definition databases to the cloud to provide users with real-time definition updates. Instead of delivering traditional update packages, definitions are now updated whenever they are created. This improves security by reducing the time it takes to update the databases on the client PCs. 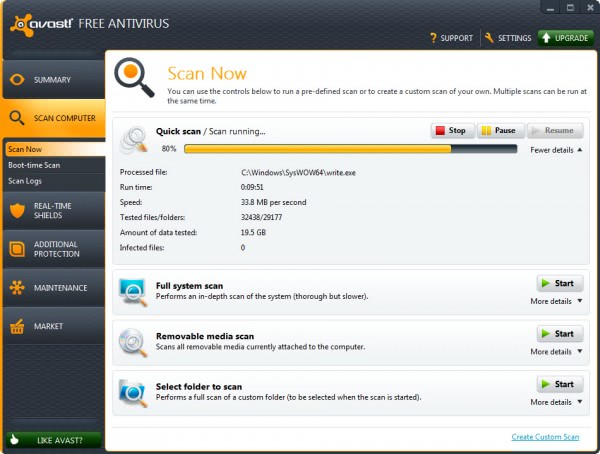 The second new feature is a file reputation system which provides information about a file to the user before it is opened, and is also used internally for the decision making process. This is basically a cloud based reputation service that looks at how Avast users who came into contact with the file handled it.

A Remote Assistance feature has been added to all Avast 7 versions. This basically gives someone else control over your computer, which may be helpful for tech support for instance. If you are the tech guy in your family, you could use it to remotely log in to other computers to fix issues without being locally present.

Avast has improved additional program features that are not included in the free antivirus version. This includes the automatic sandbox and browser sandboxing module. Avast moves suspicious programs automatically in a sandbox where the program's behavior is analyzed. This serves two purposes: It first ensures that the program cannot harm the underlying system, and second that Avast can generate a report that recommends how the program should be treated in the future. 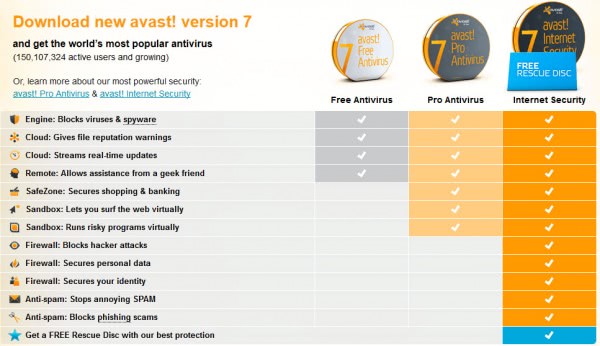 The free version of Avast Antivirus supports all realtime-shields the program ships with, compatibility with all recent 32-bit and 64-bit editions of Windows (including Windows 8 Beta support), and a customizable installation option that makes sure that Avast Antivirus can be installed next to other security software as a second line of defense on the system.

Interested users find Avast Free Antivirus 7 download links on this page on the Avast website. It redirects to CNET where it is offered without the CNET installer.

Update: Please note that Avast 7 will install the Google Chrome browser if you are not paying attention to the installation menu.