First thing that users notice is the new installer. Avast notes that the beta versions can be installed over existing Avast 6 installations, or separately on the system. The custom installation provides options to install a typical, minimal or custom version of the security software on the system. Especially the latter option should appeal to security interested computer users, as it allows them to block modules from being installed on their computer. Here it is possible to disable any module that you do not want to use, and not only some which seems to be more common in custom installers. This can for instance be useful if those modules are not needed or interfering with other security software installed on the system. 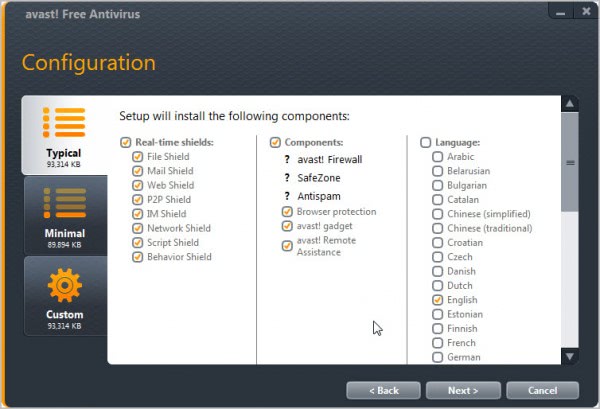 Avast 7 Beta is compatible with all recent 32-bit and 64-bit versions of the windows operating system and the Windows 8 Developer Preview version released last year. The program interface has received a facelift as well. Core program features are available in the side bar menu. 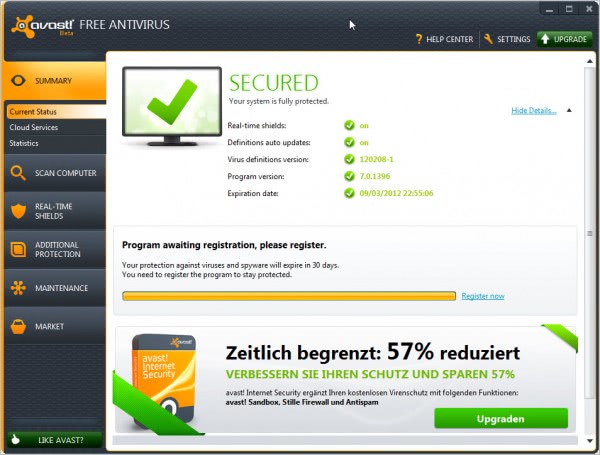 The Real-Time Shields display for instance displays visual information about each security module installed on the system. 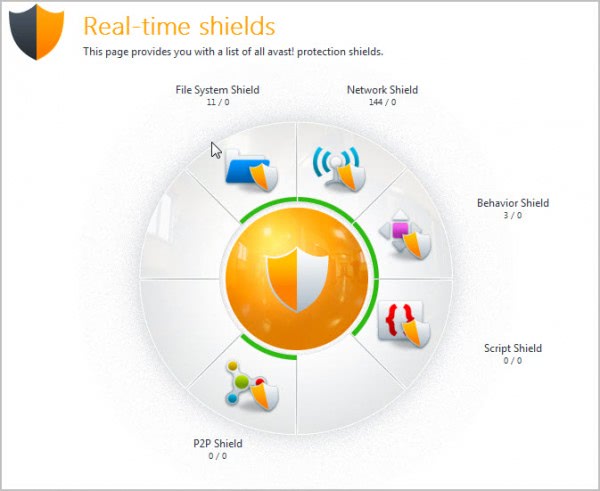 One of the new features that Avast has integrated into the beta versions is a cloud based reputation service which improves the decision making process of the program. 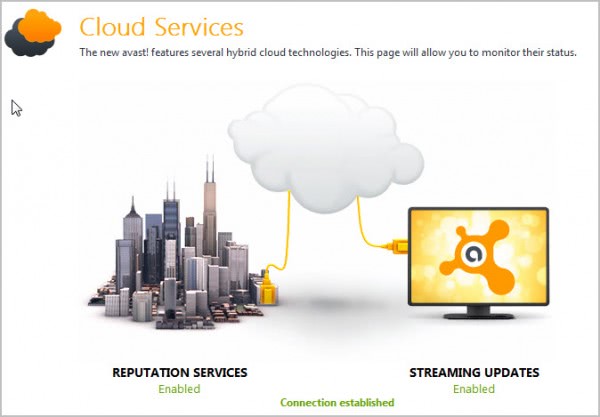 It is recommended to check the known issues before installing the beta software on a system.

- In some cases, WebRep Chrome plugin is not installed correctly
- The Safezone browser is opening each time when you switch back and to the Safezone
- Plugins for Outlook 2k3 and 2k7 show "runtime error" message
- Sometimes autosandbox toaster does not close correctly
- Problems with avast sounds on Win 7 and Win Vista
- Remote assistance feature sometimes crashes on Win 7 32b, Win Vista 64b
- avast! account functionality is disabled

Avast's Auto Sandbox feature sounds like a real winner, if Avast gets the detection right. It puts suspicious processes automatically in a sandbox to prevent them from damaging the underlying operating system, other programs and files.

I would not recommend running the beta version in a productive environment though. It is likely that Avast will release the final version of the program in the coming months. (via Vishal)

Previous Post: « Disk Encryption Software TrueCrypt 7.1a Released
Next Post: « Get News Notifications On Your Desktop With Feed Notifier