Google has just announced the third wave of product retirements after retiring Google Buzz and Knol, Wave, Friend Connect and Google Gears previously. The official Google blog lists six products that will be discontinued in 2012 of which the majority of Internet and Google users probably never heard of.

Picnic is probably the services that most users have heard about. It is a photo online editor that Google acquired in 2010. Some of the functionality has since then been integrated into Google+ or other services. Users who open the Picnic website as of today will notice an announcement on top that states that the service will shut down on April 19, 2012. 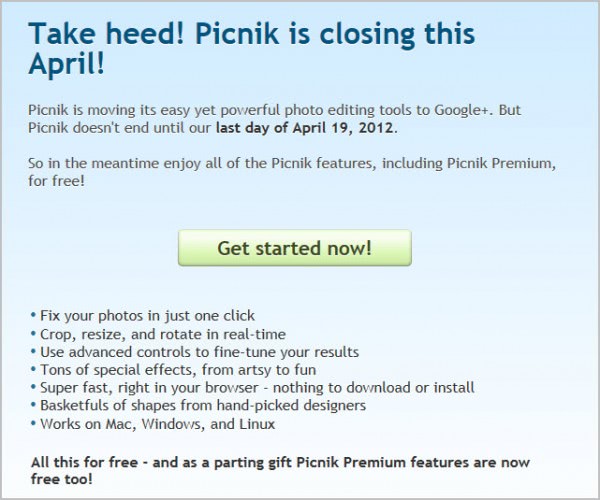 Picnic premium features have been enabled for all users in the meantime, and premium users who paid for the extras will get a refund. Google notes that users can export their data using Picnit Takeout, a server that lets them download the photos to the desktop or copy them over to Google's social networking service Google+. 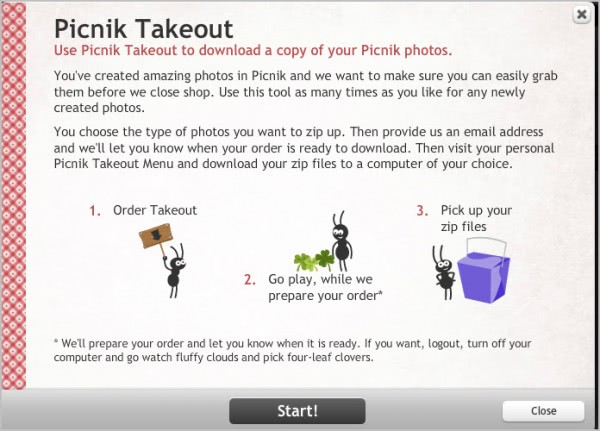 Alternatives are Pixlr, Psykopaint and Aviary among others.

The five services that get dumped as well are:

It is likely that those six services are not the last that Google will retire in this year. What is your take on this? A much needed retirement of unprofitable services or something that was not really necessary at all?

Previous Post: « Too Many Ads Above The Fold Are Bad, Says Google
Next Post: « Google Don't Be Evil Bookmarklet Released