Encryption on the Internet is still largely used on financial and shopping sites and for site log ins and neglected by the majority of other Internet sites. Using encrypted connections to access websites aids against network eavesdropping and a set of other online attacks. It does also protect the user's privacy by revealing less information in Internet connection logs and on the local computer systems used to access those websites and services.

Google recently announced that they would role out an encrypted version of Google Search next week. The blog post was largely about the WiFi data collection that made news in the last days. It is basically possible to record network traffic easily if regular connections are being made which reveals information about the visited websites and more to attackers.

The fact that Google will enable https search is mentioned in one sentence in the large article explaining the WiFi fiasco.

Earlier this year, we encrypted Gmail for all our users, and next week we will start offering an encrypted version of Google Search 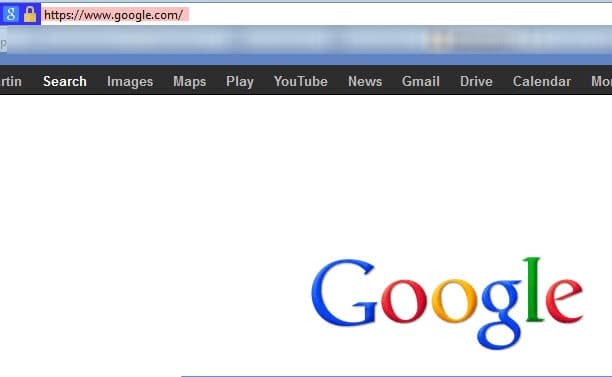 The url https://www.google.com/ currently redirects to the standard Google search. It is likely that Google will make another post once the new feature has been enabled.

It will likely be only a matter of time until other search engines and websites (Facebook anyone) will start offering https for all connections to their sites as well.

Update: Please note that Google has enabled encrypted search by default for its search engine, so that you need to connect to it using https to use it. That's a problem for many webmasters and analytics companies as connection logs do not reveal any information about the search keywords that visitors entered on the search engine.

You can verify that https search is used if you see the https:// protocol in front of the search engine's url.

Martin Brinkmann is a journalist from Germany who founded Ghacks Technology News Back in 2005. He is passionate about all things tech and knows the Internet and computers like the back of his hand. You can follow Martin on Facebook or Twitter
View all posts by Martin Brinkmann →
Previous Post: « Google Search Now Offering Page Previews And Other Filters
Next Post: Google Pacman Sound Bug »