The portable software program will unpack a Firefox setup file to the local computer system. The user then needs to add extensions, bookmarks, plugins and preferences to the paths the installation has been extracted to and pack everything in the end to create a new custom Firefox installation.

It is possible to create a custom Firefox or Thunderbird installation with the software program. 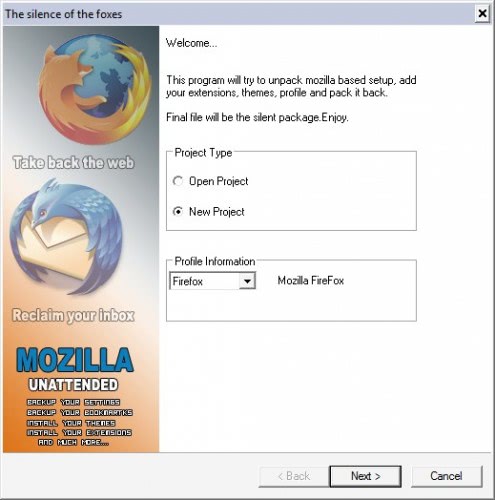 A Firefox or Thunderbird setup file needs to be specified in the next step. These files can be downloaded from the Mozilla website. 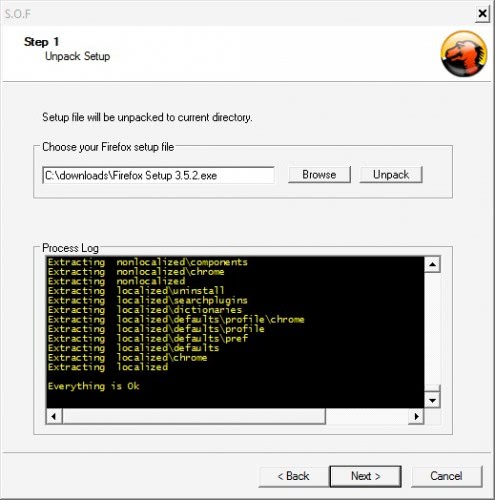 Firefox add-ons have to be downloaded and placed into the relevant project directory so that they are installed whenever the custom Firefox version is installed on a computer system. 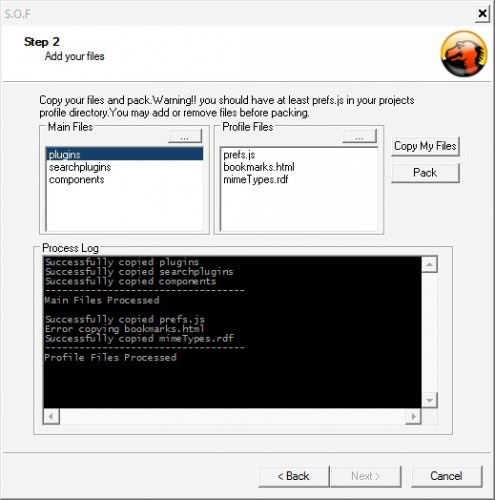 A click on copy my files and then pack will create the custom Firefox or Thunderbird installation file. This file contains all plugins, extensions, bookmarks and search plugins which will be installed during the custom Firefox setup.

You can download the program to create custom Firefox and Thunderbird setups from the MSFN forum.

Update: The program does not seem to be available anymore. The link has been removed. Firefox users can download and run Firefox Addon Maker instead which can create custom Firefox installations from existing Firefox profiles, or independently.

The extension supports the current stable version of Firefox, the beta version and the last version. It can copy all preferences, extensions and themes from an existing profile into the installer so that these become available on the target system as well.