0Patch, a company best known for providing security updates for Windows products that are no longer supported by Microsoft, announced that it has added Microsoft Edge to the list of supported products. 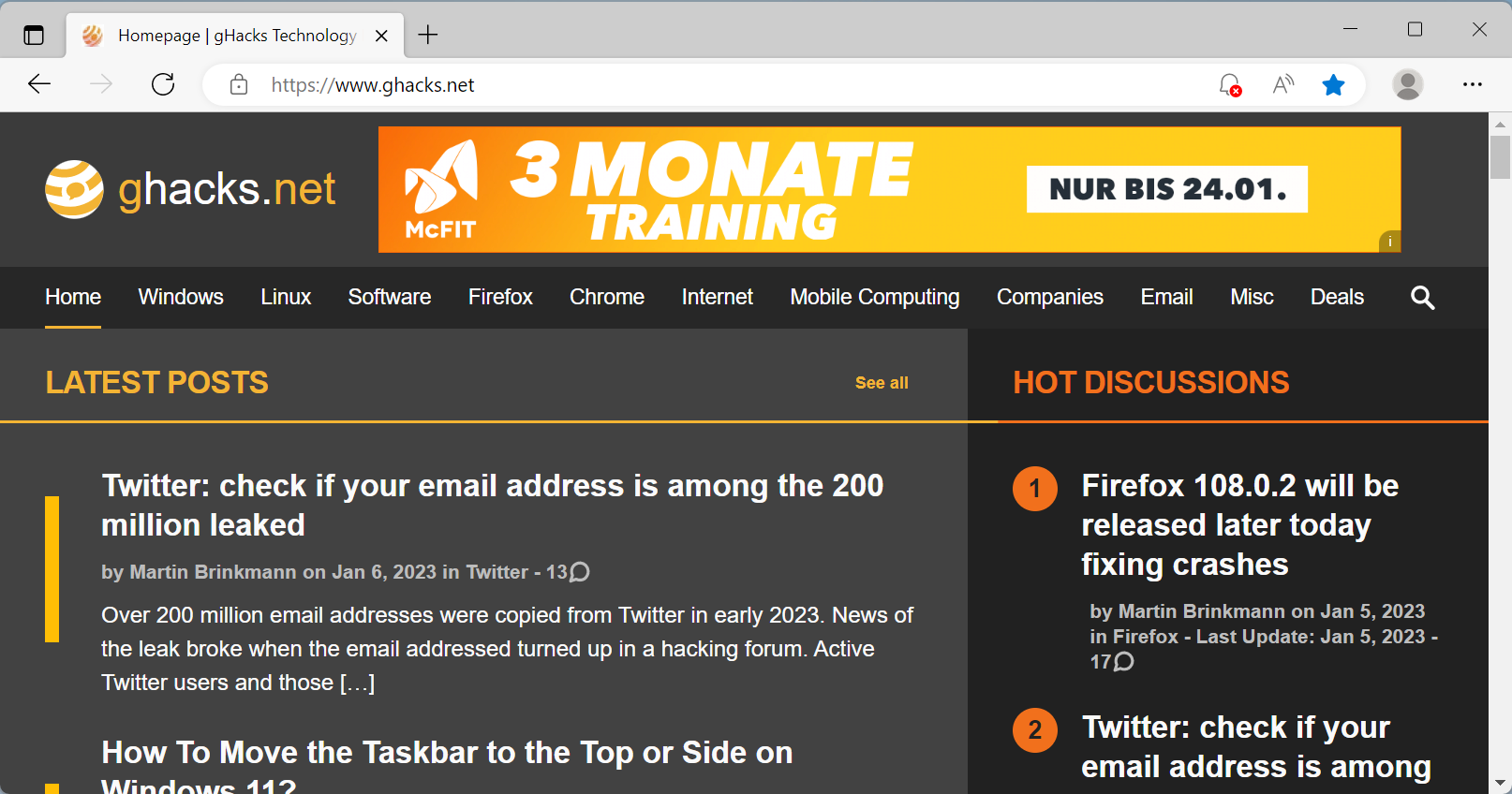 Google and Microsoft announced already that their browsers won't receive any security updates after the final January 2023 update. Edge, for example, will stop working on the out-of-support Windows versions when Edge 110 is released in February 2023.

Tip: Load edge://settings/help in the Edge address bar to display the current version of the web browser. You may also select Menu > Help & Support > About Microsoft Edge to open the page manually. The version that is installed is displayed underneath the title on the page.

0Patch announced earlier that it plans to deliver security updates for Windows 7 and Windows Server 2012 for at least 2 years after end of support. Now comes the pledge to support Microsoft Edge 109, the last version of the browser, until January 2025. Both services may be extended, depending on demand.

Security patches for Microsoft Edge will be provided for Windows 7, Windows Server 2008 R2 and Windows Server 2012 / 2012 R2. The patches require a commercial account, either Pro or Enterprise. Pro accounts are available for about $25 per year and device.

0Patch instructs customers to update Microsoft Edge to the latest version available for the device, and to keep the update functionality enabled. Microsoft may release emergency updates for the browser even if it is out of support. The company has done so in the past for other products and it may do so again.

All it takes then is to make sure that 0Patch Agent is running on the device and that it is linked to a Pro or Enterprise account. 0Patch focuses on critical security updates.

Microsoft Edge may not be the most desirable web browser for many, judging by its market share, but users may want to weight that against the fact that most web browsers won't receive any update after January 2023 on the retired Windows systems.

Running an out of date version of a browser may result in some services becoming unavailable. It depends largely on the service, but those that check the browser version or use technology that is not supported by Edge 109 may not work properly or at all after the browser has been updated to version 110 and beyond.

Now You: do you run one of the mentioned operating systems? What will you do and use after January 2023? (via Günter Born)

How to block Microsoft Edge from creating desktop shortcuts

Previous Post: « How to restore the Forward button in Microsoft Edge
Next Post: « Microsoft Edge 109 launches with text prediction feature and security fixes