Mozilla has added some more extensions to Firefox for Android Nightly. Let's take a look at the new add-ons. 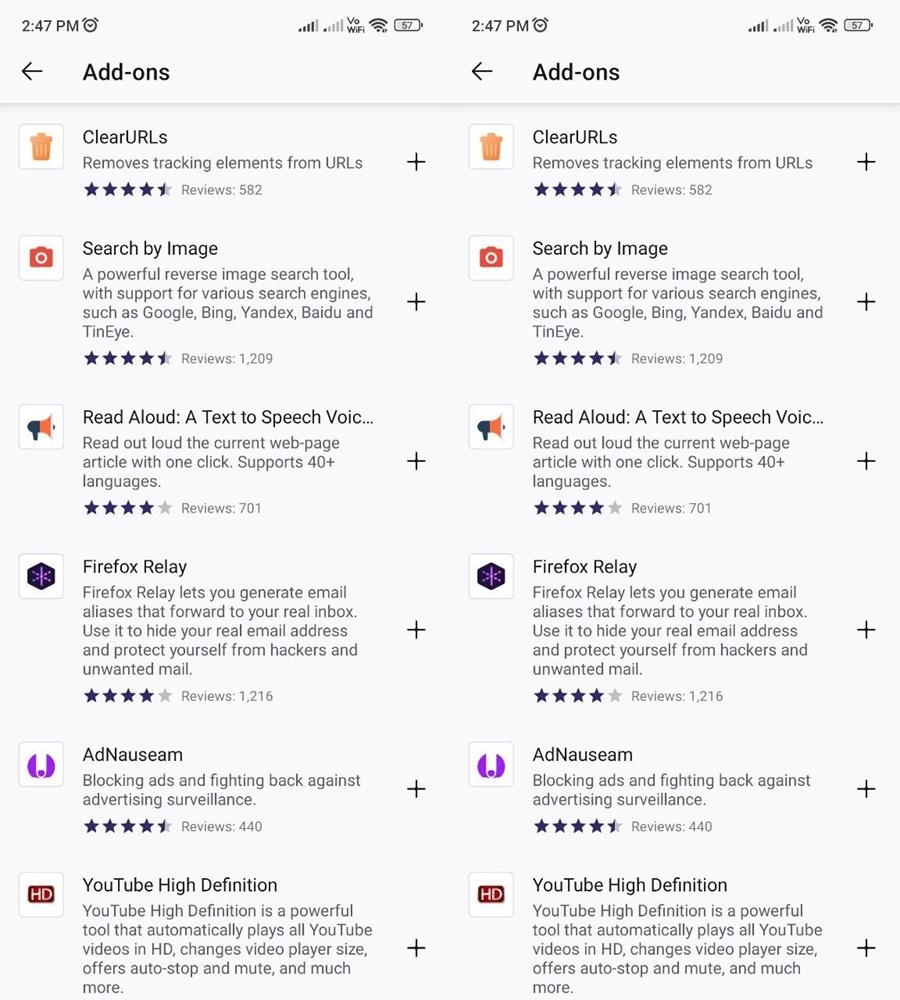 New extensions in Firefox for Android

Firefox Relay is an email alias service from Mozilla, that lets you mask your real email address when you submit it to a website. When a mail arrives in your Firefox Relay inbox, it sends a notification to your real email. This is very useful if you want to subscribe to newsletters without exposing your actual mail ID. It supports mails up to 10MB in size, including attachments.

Script extensions like Tampermonkey are a great way to customize the appearance and functionality of a website, all you need to do is subscribe to a specific list, and let the add-on do the rest. Tampermonkey is not open source, it used to be until version 2.9. I'm not sure why Mozilla had to choose it over Violentmonkey and Greasemonkey, perhaps they choose the add-on that is more popular.

I mentioned Read Aloud as one of the best text to speech extensions for Chrome. Visit a website, access the add-on's UI and listen to the web page instead of reading it. It also supports reading selected text, has a few voice options, and over 40 languages to choose from. It even works offline.

AdNauseum is a fork of uBlock Origin, with some extra features. In a nutshell, it blocks ads just like the original add-on, but also silently simulates clicks on every ad that it blocked to confuse the trackers. The idea is to prevent user's from being profiled by sites. The concept seems interesting, though I'm not sure how it is better than just blocking ads.

The ClearURLs add-on that removes tracking elements from links, to help protect your privacy. This is a great way to prevent trackers in search results and affiliate links from following you around the web. If you have uBlockOrigin, you don't need to use the ClearURLs extension, as the former supports removeparam, to remove query parameters from URLS.

You can subscribe to one of the following lists: ClearURLs for uBo, or the Actually Legitimate URL Shortener Tool. Or you may simply enable AdGuard's URL Tracking Protection from uBlock Origin's filter lists page.

All five extensions are now available in the latest version of Firefox for Android Nightly. You can download it from the Google Play Store, GitHub, or Mozilla's servers. More extensions are welcome, but users would appreciate it more if Firefox allowed them to install whatever they want. Of course, you can do that by creating a custom add-on collection in Firefox for Android Nighly and the Beta channels.

Mozilla's announcement says that it will bring other add-ons to Firefox for Android in the future. The developers are currently focusing on implementing Manifest V3 support for the WebExtensions API on desktop, and will begin working on the mobile version of the same in 2023. The blog post also explains that MV3 will offer the ability to split extension into their own processes, which in turn will support better handling of process restarts. This seems to refer to how Android closes apps in the background to optimize the user experience, Manifest V3 may help the browser handle those better.