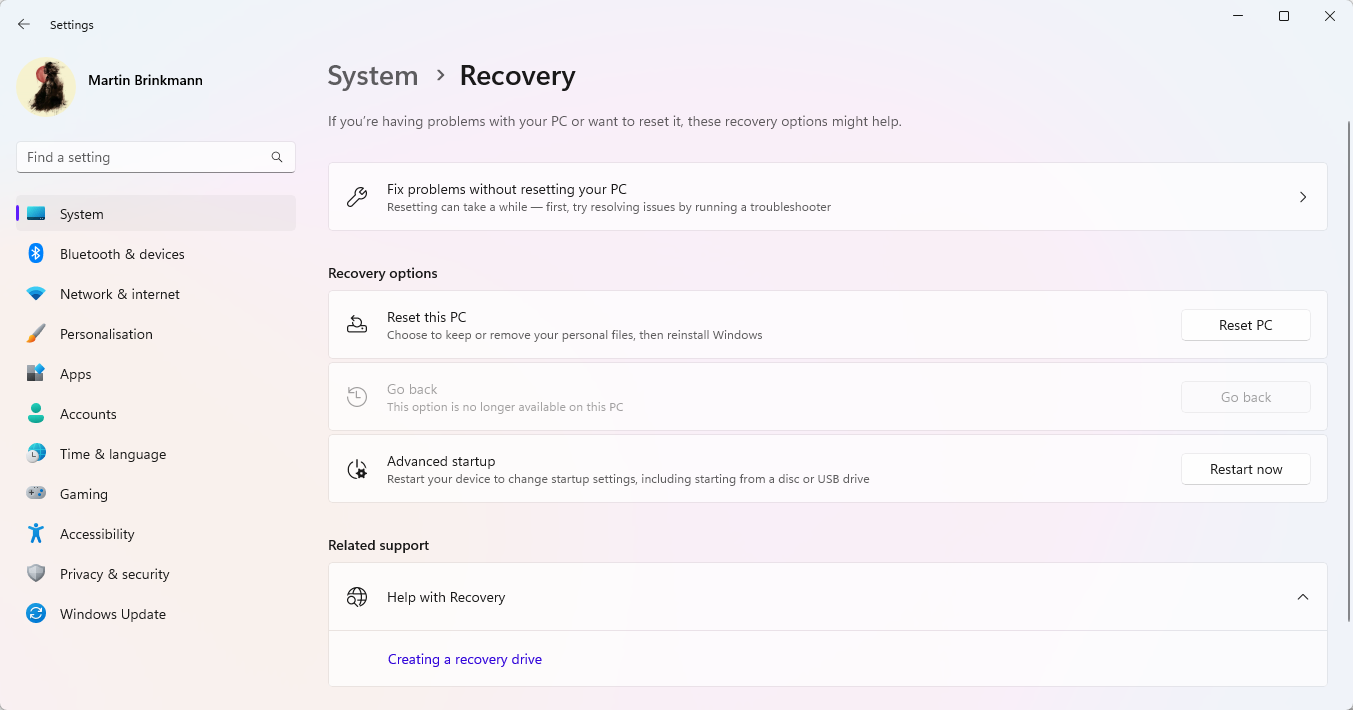 Microsoft's new operating system Windows 11 is not affected by the issue, and neither are Windows Server or Windows Enterprise LTSC and LTSB versions.

"After installing KB5021233, some Windows devices might start up to an error (0xc000021a) with a blue screen", the company notes on its support website. The issue is caused by a file version mismatch. The file hidparse.sys, which is found in c:/windows/system32 and c:/windows/system32/drivers by default is affected by the issue. Signature validations may fail because of the version mismatch when a "cleanup occurs" according to Microsoft.

The company has a workaround for affected devices, but it requires loading the Windows Recovery Environment. The first steps may not be required if the device has experienced the blue screen already and has started the recovery environment automatically.

There are several ways to enter the Windows Recovery Environment. One of the easier options is to select Shutdown on the login screen, and to hold down the Shift-key while selecting the restart option. Another option is to go to Start > Settings > Update & Security > Recovery, and select Restart now under Advanced startup.

The following steps are required to resolve the issue from the Recovery Environment:

Now You: when was the last time you experienced a blue screen or other crash on a Windows device?