WhatsApp improved the experience for groups in an app update that was announced last week. Telegram is bringing some improvements of its own for large groups.

The instant messaging service is introducing Topics in Groups. This feature allows users to discuss things as a subgroup, without disturbing the others in the group. 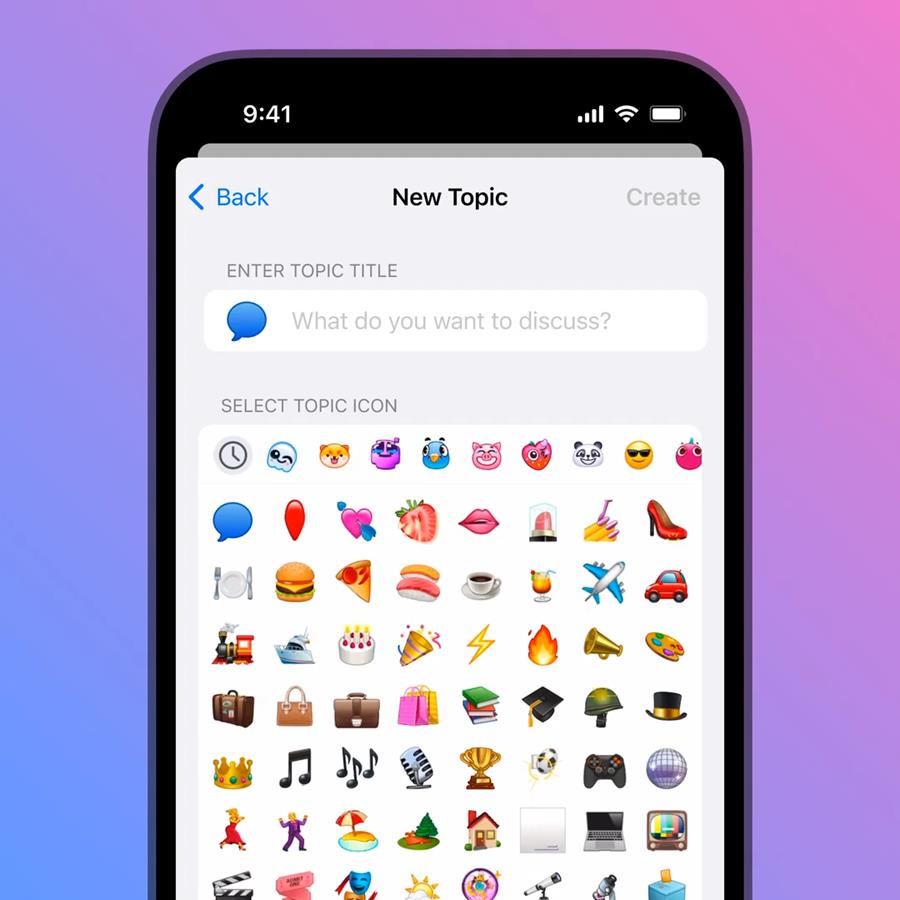 Admins can enable Topics from the Groups settings, and control who is allowed to create subjects for discussion. Members of the group can participate in the topics that they like. These function like individual chats, and based on the video demo, it almost looks like old-school chat rooms. 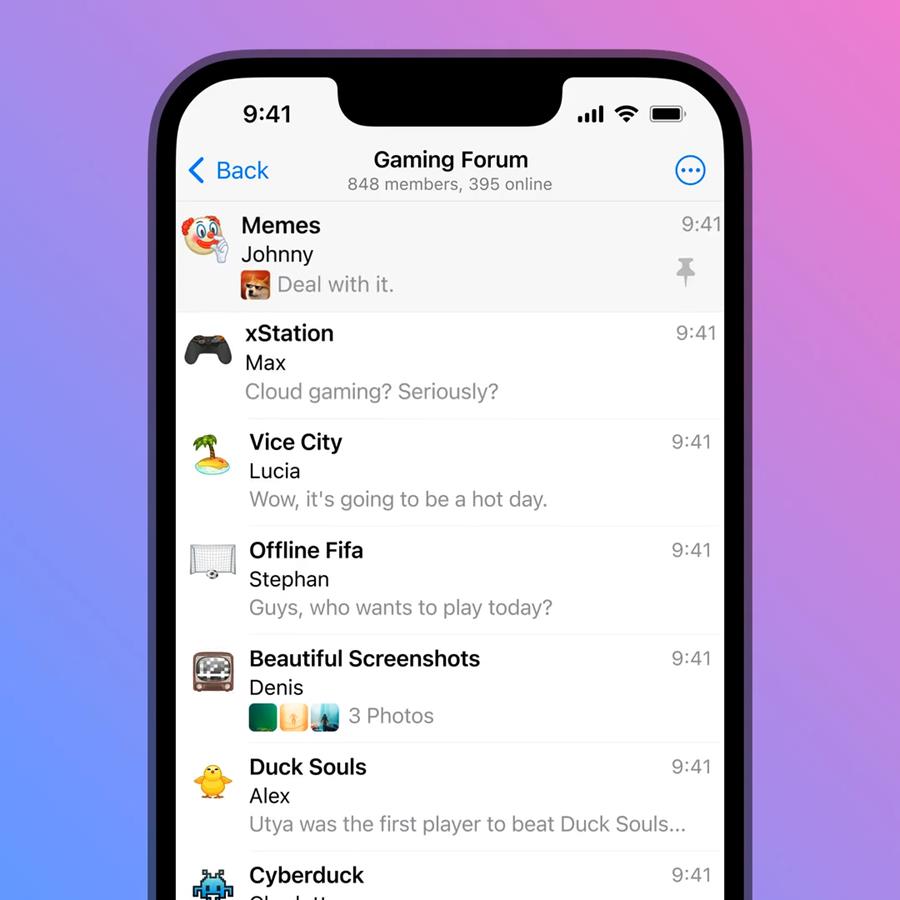 Telegram Topics have their own shared media, notifications, and also support pinned messages, polls and bots. It also works in public groups. The feature is only available for large groups, to be precise, groups that have over 200 members. Telegram is planning to add some features for smaller groups later this year.

The Dark themes in Telegram's iOS app have been updated. The colors are balanced, and scrolling down a chat has a better blurring effect. 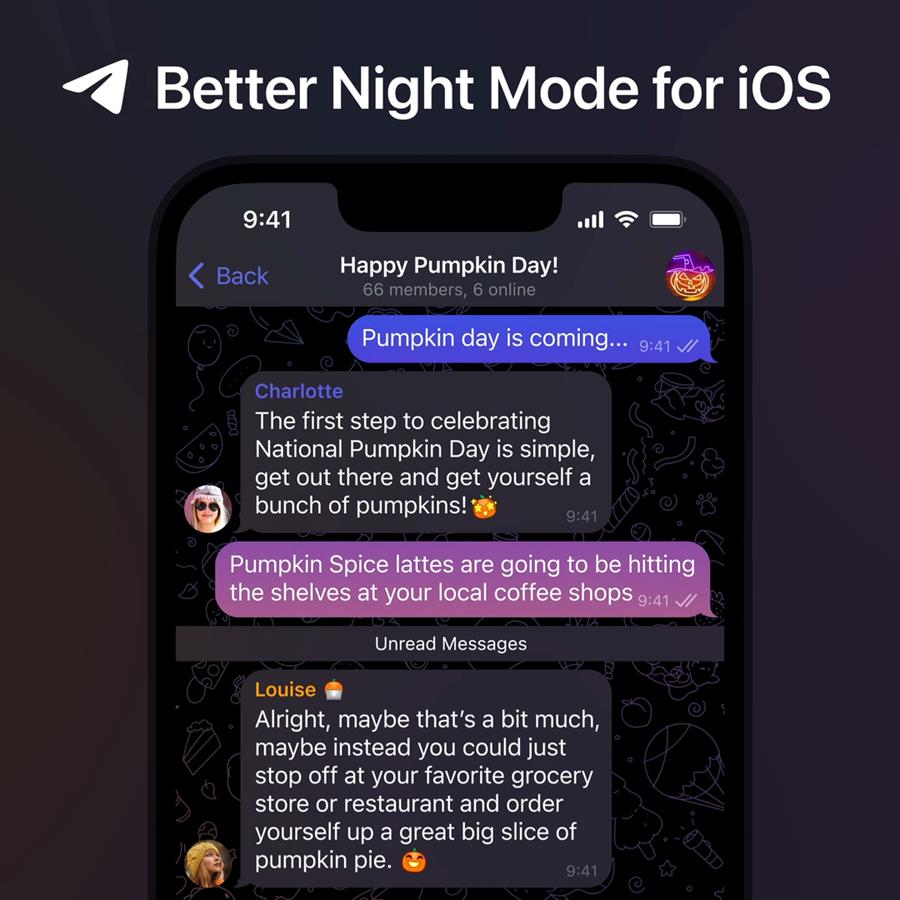 The above screenshot looks way too brighter than it actually is. I tried this on an iPhone, and noticed that the colors appear slightly darker both for the background wallpaper, and the chat bubbles, which makes it a bit easier on the eyes. It actually looks quite similar in the Android app.

When you change the size of the text from the Chat settings (Message Text Size slider) in the Android app, it also resizes the text size for link previews, reply bubbles, etc.

Telegram's blog article mentions that there have been some minor improvements to animations such as swipe left to reply, a pulsing placeholder which appears like a blank message when the app loads the chats. I couldn't really tell the difference in the animations. There is a new menu with various calling options appears when you tap on a user's phone number from their profile page.

Telegram's latest update also brings a few features that are exclusive to the Premium tier. The messaging service has added support for voice-to-text for video messages. The feature displays an instant text transcript when you get a video message. Telegram Premium users now has 12 new emoji packs, which can be used for texting, statuses, and captions.

The update adds 4 new animated emojis that play full screen effects in individual chats (sleeping face, nerd face, technologist, and eyes). They can also be used as reactions in chats. And to celebrate Halloween, the messaging app has brought three more animated reactions - Ghost, Jack-O'-Lantern and a Loudly Crying Face. These emojis also seem to be working with free accounts. 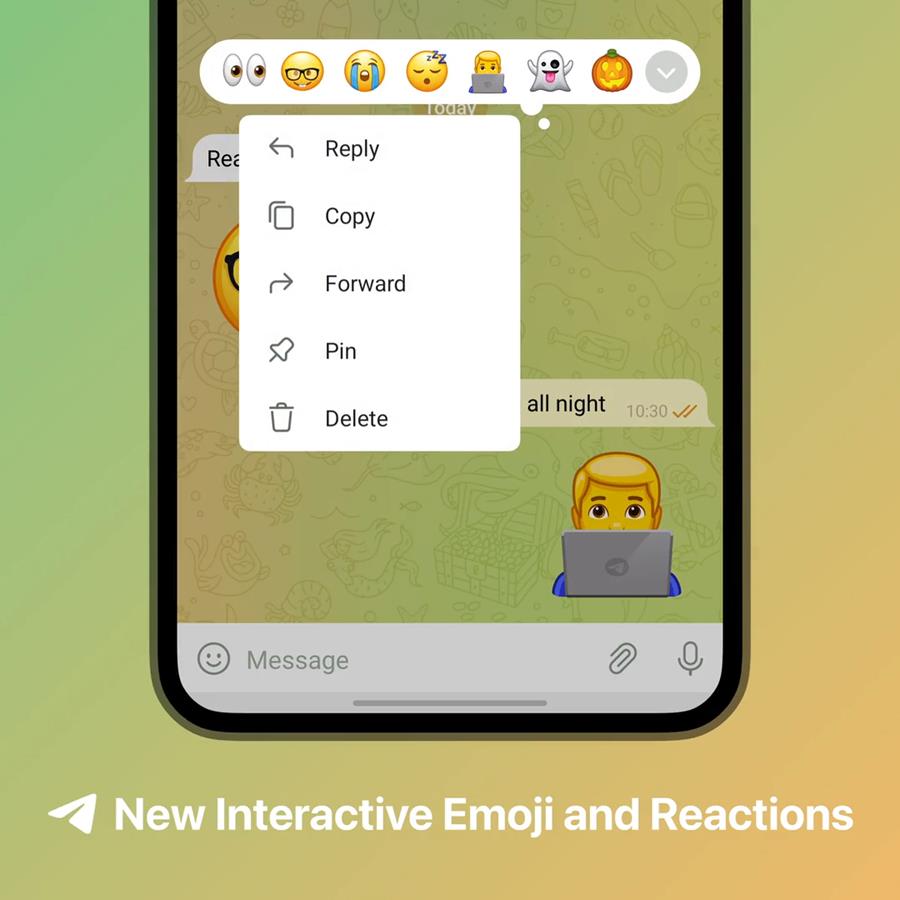 Users can now have multiple collectible usernames associated with their Telegram account, in addition to the basic one. Example: username.t.me and t.me/username. These aren't free though, users can buy and sell the usernames through TON (The Open Network) blockchain. Collectible usernames can be less than 5 characters in length, so unique names such as @news or @game or possible. This could be more useful for brands than individuals.

Having a unique username also makes it easier for users to be found via global search results. But this is optional, you can disable your username from appearing in the search results.

Telegram's announcement took another swipe at Apple for delaying the update. The company's founder, Pavel Durov, said that Apple doesn't approve updates to the app for 7-10 days. He also noted that the new Digital Markets Act enforced by the European Union will end such gatekeeping methods by Apple and Google. 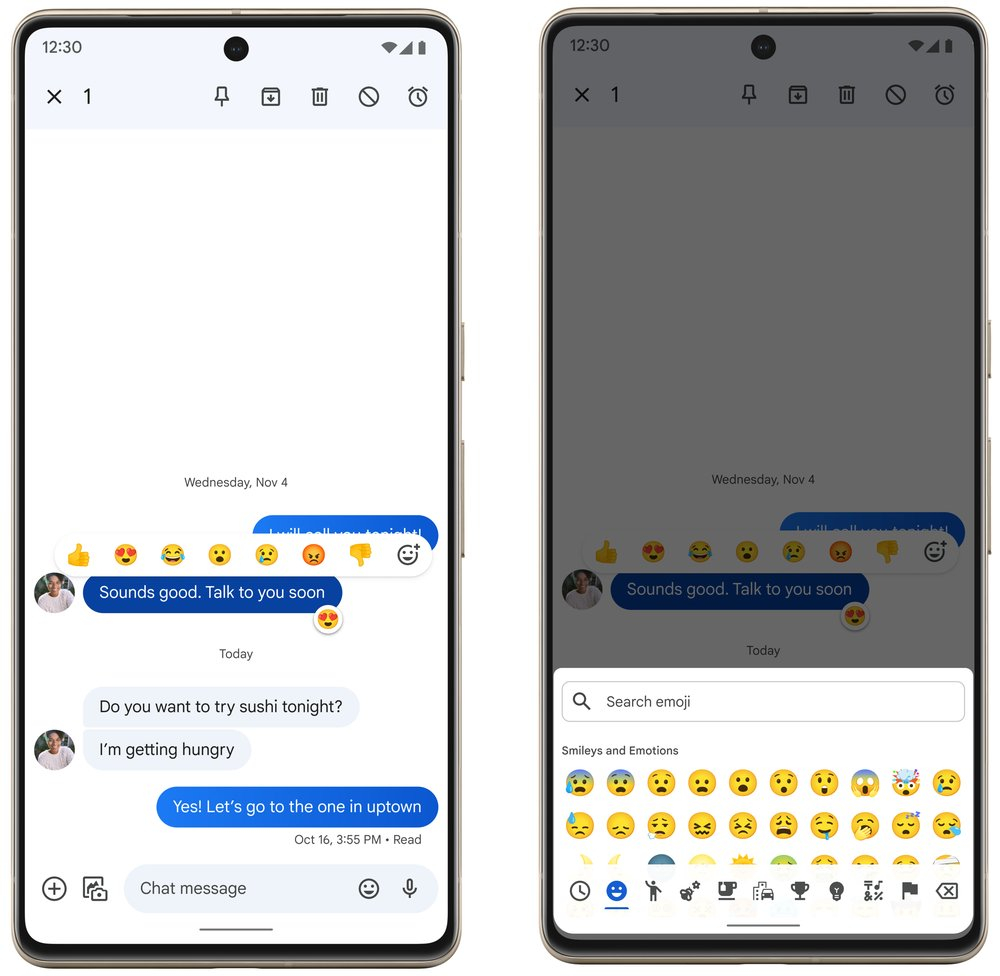 Previous Post: « How to hide your WhatsApp Online status
Next Post: « WhatsApp now lets you message yourself, and adds a way to link Android tablets