In May 2022, we reported that the European Union will introduce a Digital Markets Act (DMA) that will force Apple to allow installation of iOS apps from third-party sources. The new law has now been passed by the EU.

The new antitrust law states that gatekeepers, i.e., controllers of large online platforms, (such as Apple, Google, Microsoft, etc) should allow the installation of software applications from third-parties. That means users can sideload iOS apps on their iPhone and iPad.

The DMA's new Act also mentions that users should be able to access these apps (read download) from other services than that of the gatekeeper, i.e., the App Store.  So, we could see the rise of new app stores on iOS just like we have on Android and Windows such as Amazon's App Store, Google Play Store, Microsoft Store, F-Droid.

It doesn't end there, the law also requires gatekeepers to allow users to choose whether they want to set the downloaded app or the app store as their default choice. The gatekeeper will need to ensure that users can change the default app easily. Maybe the EU should take a look at Windows 11 too?

The law gives some leeway for gatekeepers for security reasons. If a gatekeeper finds that a third-party app or store endangers the integrity of the hardware or operating system, they will be allowed to take measures against such apps. This means Apple could block malicious apps and/or remove them automatically.

You can find the documentation about the new law on the EU's website. Scroll down to the bottom of the page, and click on the download button next to "Regulation on Digital markets act".  It's a bit of a long read, the part about allowing installation of apps from third-party stores can be found under Article 6, section 4. The press release for the DMA is available here.

The DMA will move into the implementation phase from May 2, 2023. It requires potential gatekeepers to notify their core platform services to the European Commission by 3 July 2023. Once a gatekeeper has been designated, they will have to comply with the DMA's requirements by March 6, 2024.

Article 7 of the new Digital Markets Act (linked above), states that a gatekeeper shall allow the basic functionalities of its number-independent interpersonal communications to be interoperable with that of third-party services. 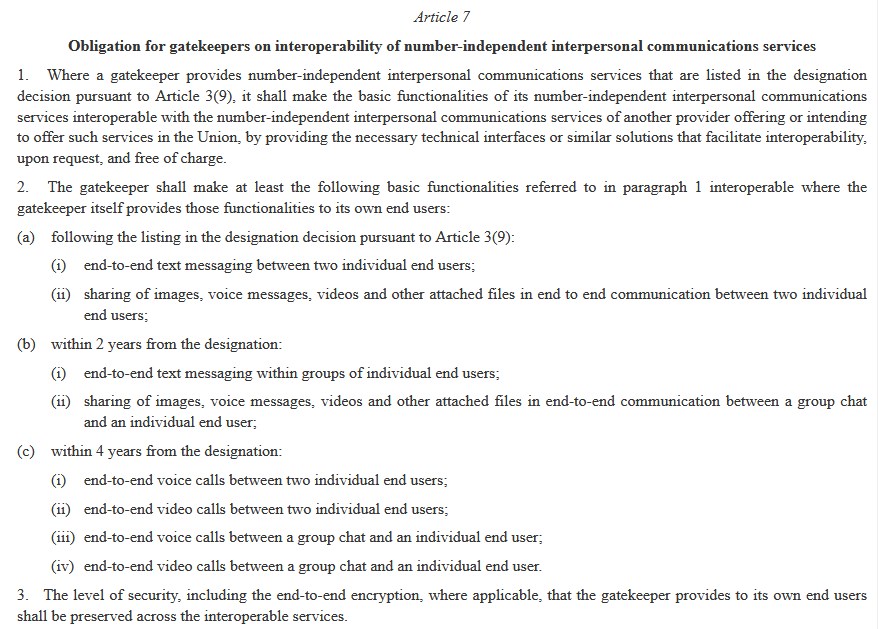 So, this means iMessage, WhatsApp, Telegram, Signal, etc., will have to allow users to communicate across apps to send messages, and make voice calls and video calls. That should be interesting.

The EU has been on a roll lately, it passed a law in October to make USB Type-C the standard charging port on mobile phones. This brought an end to the lightning port on Apple's iPhones. The law will come into effect in 2024.

This new EU law could be a real game changer, Apple has always played the security card to defend its policy about the App Store, claiming that allowing apps from third-party sources could make iPhones vulnerable to security risks. This argument never really made sense, since Apple has always allowed users to sideload apps on macOS, somehow that's secure, but iOS isn't?  The real reason why the Cupertino company didn't want to allow iOS apps from third-party sources is quite simple, it earns a sweet 30% commission from every single transaction that is made through the App Store.

This is something that has been criticized by many developers and companies, Epic Games lost a legal battle in a bid to find a solution for this problem. Pavel Durov, the founder of Telegram, has also been particularly vocal about App Store fees since it affected the revenue of the instant messenger's premium subscription. And, Apple also charges app developers an annual fee just to host their software on the App Store, even if an app is completely free. So, this is a big win for users and developers.

Will you buy an iPhone if you could install apps from other stores? 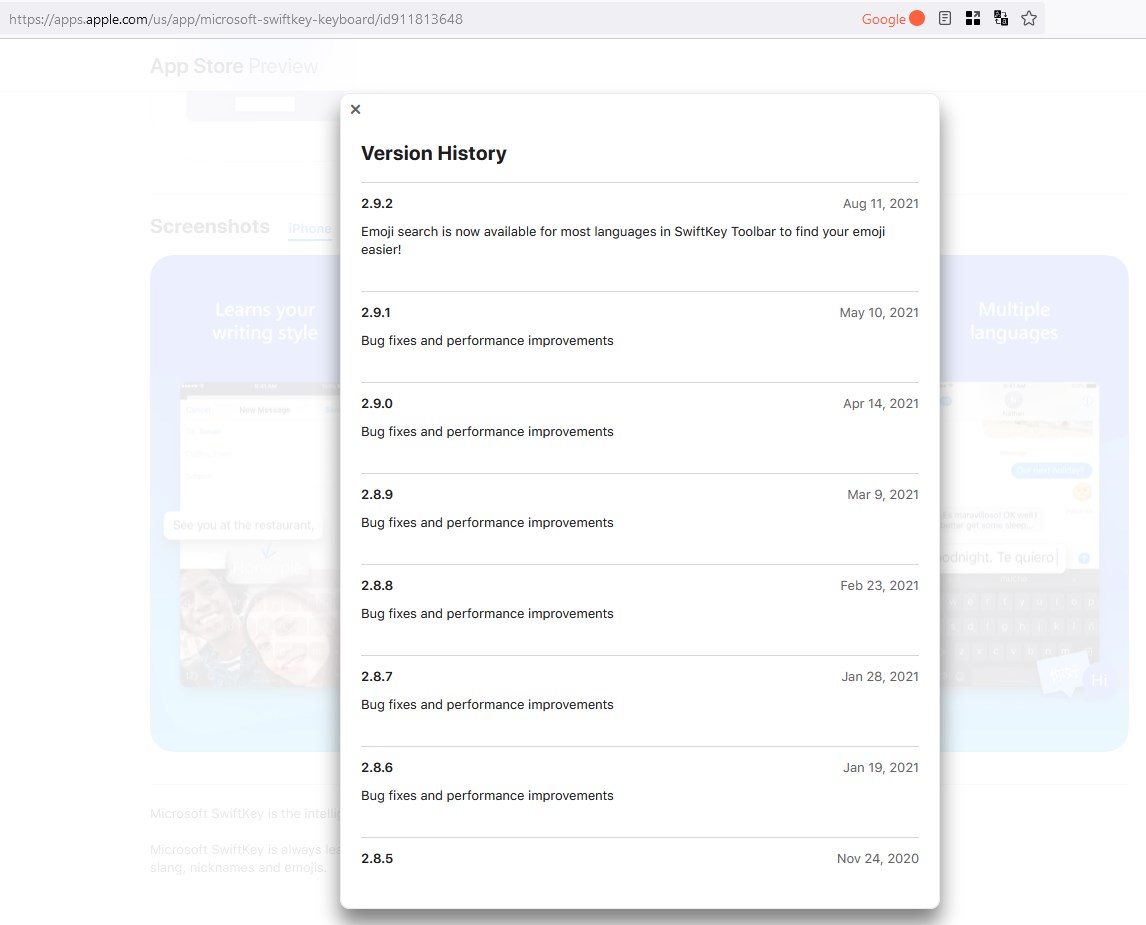 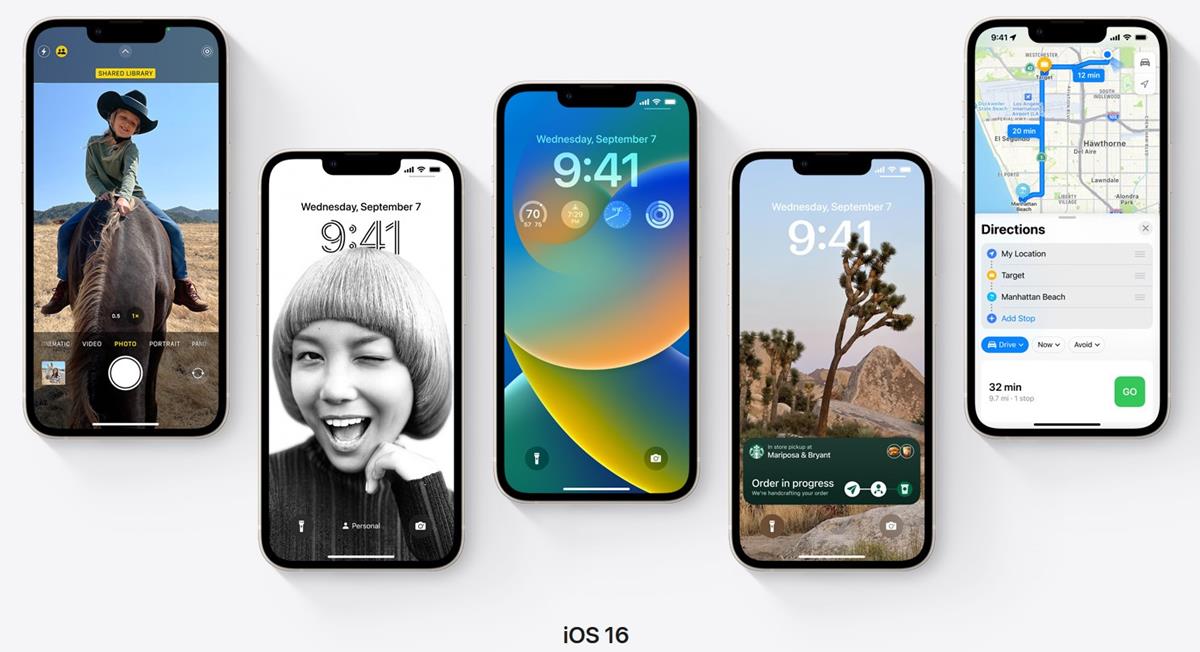 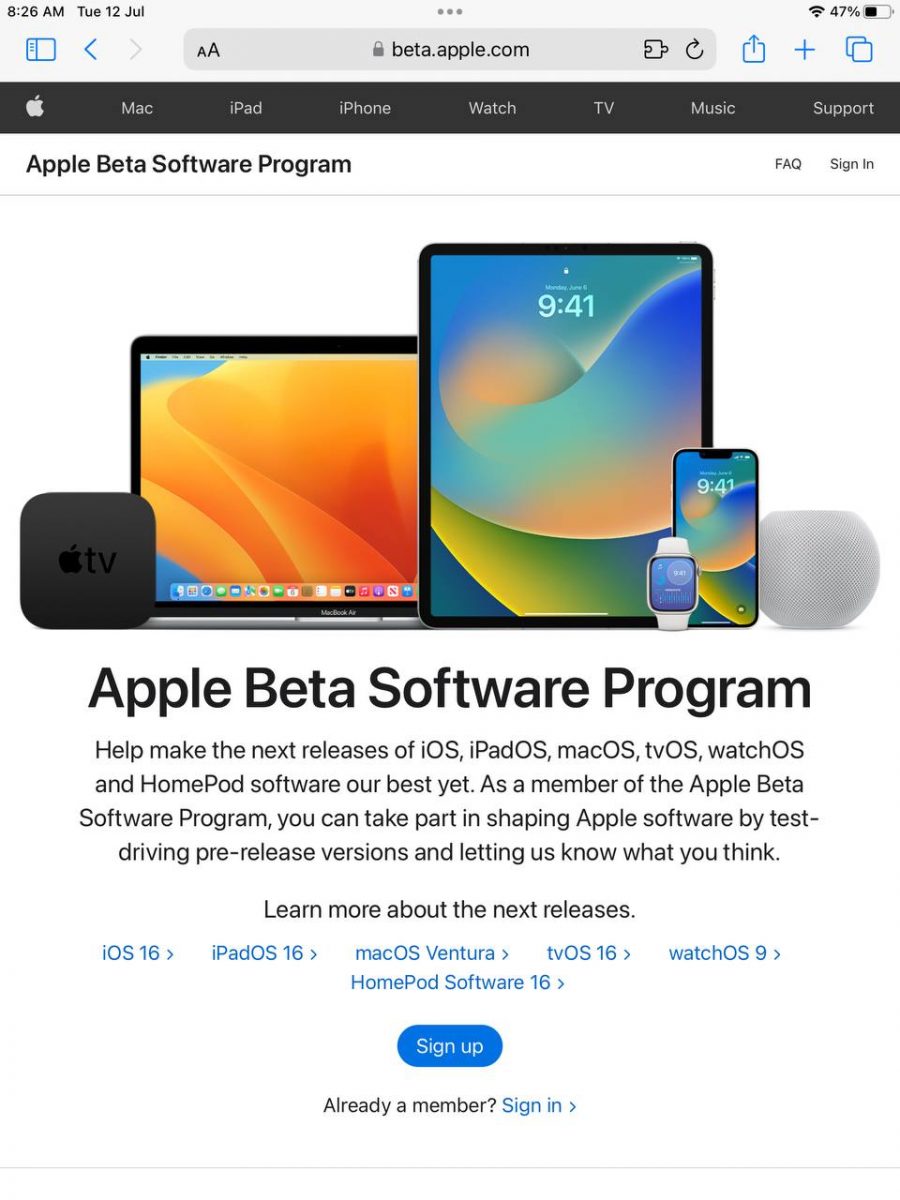